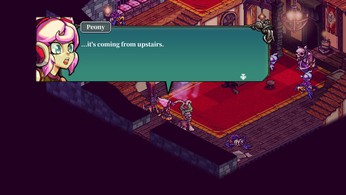 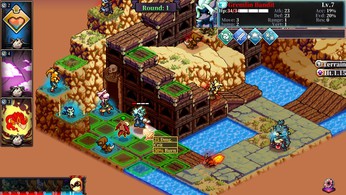 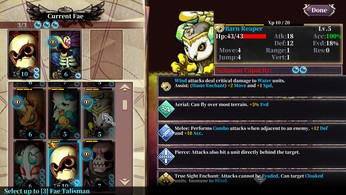 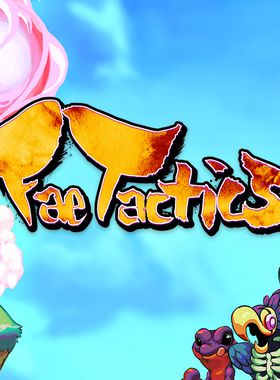 In Fae Tactics, follow a young magic user named Peony on her journey across a vibrant world full of mystery and danger. Summon allies, cast spells, and befriend a motley crew of characters as you dive into the growing conflicts between man and magical beings known as fae.

Long ago the world of magic was separated from the natural world by Elemental Gates. One day the seal on the gates was broken, flooding the natural world with magical fae creatures once thought to be myths. The worlds merging was imperfect and much of the land was torn apart. The devastation claimed the lives of most of the population of natural and fae creatures alike. Those that survived have forged new lives in the ruins of the old worlds, but growing tension between man and fae threaten to finish what began with the opening of the gates.

Where can I buy a Fae Tactics Key?

With GameGator, you are able to compare 21 deals across verified and trusted stores to find the cheapest Fae Tactics Key for a fair price. All stores currently listed have to undergo very specific testing to ensure that customer support, game deliveries, and the game keys themselves are of the highest quality. To sweeten the deal, we offer you specific discount codes, which you will not be able to find anywhere else. This allows us to beat all competitor prices and provide you with the cheapest, most trustworthy deals. If the current cheapest price of $1.75 for Fae Tactics is too high, create a price alert and we will alert you through email, SMS, or discord the moment the Fae Tactics price matches your budget.

Can I play Fae Tactics immediately after the purchase?

What store should I choose for the best Fae Tactics Deal?