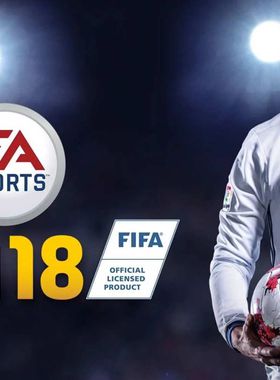 Powered by Frostbite, FIFA 18 blurs the line between the virtual and real worlds, bringing to life the players, teams and atmospheres of The World's Game. Move with Real Player Motion Technology - an all-new animation system that creates a new level of responsiveness and player personality - to unlock dramatic moments in the world's most immersive atmospheres. Then go on a global journey as Alex Hunter along with a star-studded cast of characters, including Cristiano Ronaldo and other European football stars.

With GameGator, you are able to compare 12 deals across verified and trusted stores to find the cheapest FIFA 18 Key for a fair price. All stores currently listed have to undergo very specific testing to ensure that customer support, game deliveries, and the game keys themselves are of the highest quality. To sweeten the deal, we offer you specific discount codes, which you will not be able to find anywhere else. This allows us to beat all competitor prices and provide you with the cheapest, most trustworthy deals. If the current cheapest price of $27.89 for FIFA 18 is too high, create a price alert and we will alert you through email, SMS, or discord the moment the FIFA 18 price matches your budget.

Can I play FIFA 18 immediately after the purchase?

What store should I choose for the best FIFA 18 Deal?