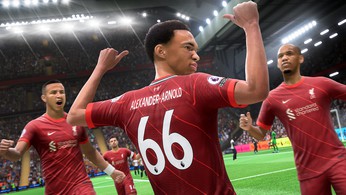 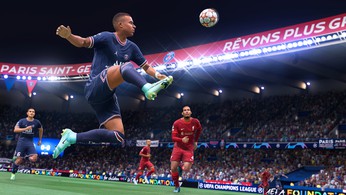 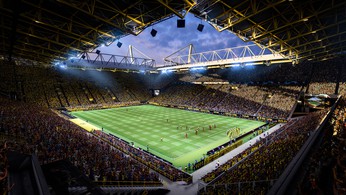 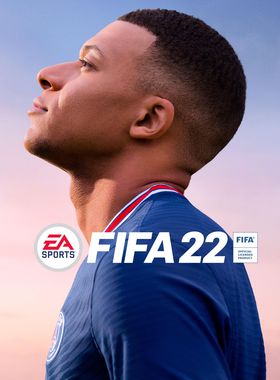 Groundbreaking new HyperMotion gameplay technology elevates every match across every mode in FIFA 22. Powered by Football, EA SPORTS FIFA 22 brings the game even closer to the real thing with fundamental gameplay advances and a new season of innovation across every mode.

Xsens suits enable motion capture from 22 professional footballers playing at high-intensity for the first time. The resulting unprecedented volume of high-quality real-human movement data powers how both individuals and teams move across FIFA 22. A cutting-edge proprietary machine learning algorithm learns from over 8.7 million frames of advanced match capture, then writes new animations in real time to create organic football realism across a variety of interactions on the pitch.

Xsens suits record every touch, tackle, sprint and duel from all 22 players playing at high intensity for the first time ever, capturing data that powers over 4000 new animations in FIFA 22 to raise the footballing intensity, responsiveness, and physicality of every player in the game. Deeper player intelligence driven by the power of next-gen consoles gives each individual the ability to better understand both attacking and defensive formations and movement, creating a new level of tactical realism.

The ability to make up to 6x more decisions per second gives attackers more awareness of their surroundings, allows them to make smarter runs in build-up play, and lets them react to loose balls quicker. Rewritten defensive AI gives teams the ability to act as a tactical unit, retaining their shape to move across the pitch and cover vacant space.

Learning from more than 8.7 million frames from Advanced 11v11 Match Capture, the ML - Flow machine learning algorithm writes new animations in real-time, enabling players to better adjust their stride and running cadence on approach to the ball to control or strike it more smoothly. Enhanced two player interaction technology syncs player animations, creating greater realism and responsiveness as they fight to be first to the ball. See defenders and attackers push, pull, and jostle as they rise to meet crosses, clearances, and long passes, increasing quality in headed situations and creating cleaner outcomes.

Longer two-touch animations make controlling the ball more natural and fluid than ever before. Take down aerial balls with more technique, get more agility when trapping ground balls, and enjoy more strength in shielding situations to give you new ways to drive forward in FIFA 22.

With GameGator, you are able to compare 41 deals across verified and trusted stores to find the cheapest FIFA 22 Key for a fair price. All stores currently listed have to undergo very specific testing to ensure that customer support, game deliveries, and the game keys themselves are of the highest quality. To sweeten the deal, we offer you specific discount codes, which you will not be able to find anywhere else. This allows us to beat all competitor prices and provide you with the cheapest, most trustworthy deals. If the current cheapest price of $15.40 for FIFA 22 is too high, create a price alert and we will alert you through email, SMS, or discord the moment the FIFA 22 price matches your budget.

Can I play FIFA 22 immediately after the purchase?

What store should I choose for the best FIFA 22 Deal?