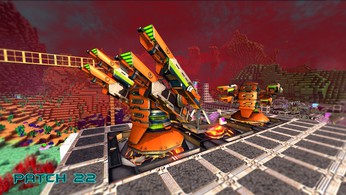 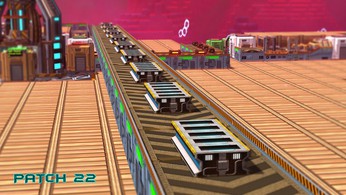 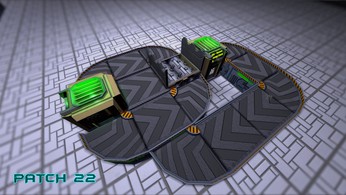 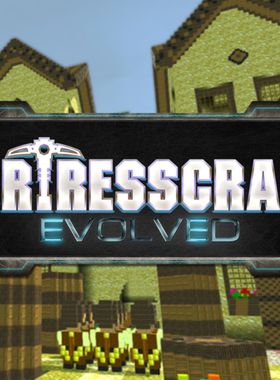 FortressCraft Evolved's Survival Mode is a unique-blend of Voxel Landscapes, Tower Defense, Crafting, Logistics, Exploration, Combat and Assembly lines. Players begin by crash-landing on a strange alien world, left with only a small handful of starting machines. Using hand-held scanners they must locate ore resources, place down Ore Extractors and Conveyors to automate the raw material back to the Smelter; take the fresh ingots through multi-machine assembly lines, followed by researching new technologies that help them explore thousands of meters below the planets surface.

An advanced HoloBase allows players to keep an eye on their factory which they must defend against waves of alien attacks with multiple tiers of missile and energy turrets. To survive they must continue to develop new and unique power systems, from solar energy to Jet Turbines, culminating in crafting an Orbital Energy Transmitter thousands of cubic meters in size, to beam power off-planet, and start the next phase of the game.

And all this with an enormous draw-distance, scalable gameplay engine that is equally at home on high-end or low-end computers, and full multiplayer support! This does not even factor in all that you can do in the Creative Mode whose only limits are your time and imagination. With an array of Super Build Tools and a high-resolution Custom Detail Block Workshop players can build anything and on a massive scale unseen in other games.

Where can I buy a FortressCraft Evolved Key?

With GameGator, you are able to compare 11 deals across verified and trusted stores to find the cheapest FortressCraft Evolved Key for a fair price. All stores currently listed have to undergo very specific testing to ensure that customer support, game deliveries, and the game keys themselves are of the highest quality. To sweeten the deal, we offer you specific discount codes, which you will not be able to find anywhere else. This allows us to beat all competitor prices and provide you with the cheapest, most trustworthy deals. If the current cheapest price of $4.69 for FortressCraft Evolved is too high, create a price alert and we will alert you through email, SMS, or discord the moment the FortressCraft Evolved price matches your budget.

Can I play FortressCraft Evolved immediately after the purchase?

What store should I choose for the best FortressCraft Evolved Deal?