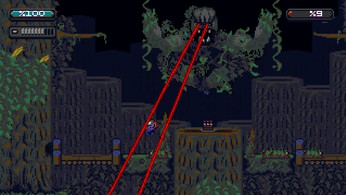 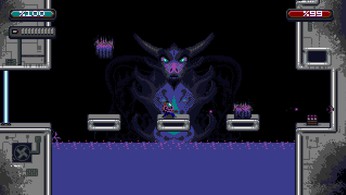 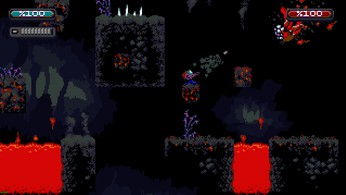 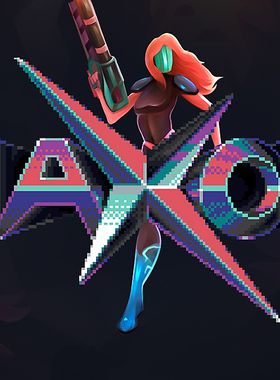 Haxor is an old-school action platformer inspired by the greatest hits of the 80s and 90s. Take the role of Kla, a member of a research expedition, and the only survivor of their vessel's encounter with a black hole. Face hostile beasts and rediscover your true identity!

Just like cult classics of the eight-bit era, the true essence of Haxor is its gameplay. Travel through four mysterious environments, searching for hidden secrets and collecting special items. Face a robust gallery of dangerous enemies, then test your mettle against terrifying bosses. Overcome these obstacles using Kla's special abilities, which you will discover and develop throughout the game. Just like old times!

An ancient race faces a lethal energy crisis. To counter this threat, a research expedition is sent straight into a black hole. The mission ends in failure… or does it? The sole survivor is Kla, who is rediscovering her true identity. The memories of the temperamental protagonist will transport you to regions unknown until you face her greatest curse...

The audio-visual style of Haxor is based on that of the late 80s and early 90s games. Visit picturesque locations, created with classic pixel-art, enriched by the robust animations of enemies (including the biggest bosses) and our main character. Carefully composed, atmospheric chiptune music will enhance your experience throughout the adventure.

Where can I buy a Haxor Key?

With GameGator, you are able to compare 4 deals across verified and trusted stores to find the cheapest Haxor Key for a fair price. All stores currently listed have to undergo very specific testing to ensure that customer support, game deliveries, and the game keys themselves are of the highest quality. To sweeten the deal, we offer you specific discount codes, which you will not be able to find anywhere else. This allows us to beat all competitor prices and provide you with the cheapest, most trustworthy deals. If the current cheapest price of $1.98 for Haxor is too high, create a price alert and we will alert you through email, SMS, or discord the moment the Haxor price matches your budget.

Can I play Haxor immediately after the purchase?

What store should I choose for the best Haxor Deal?