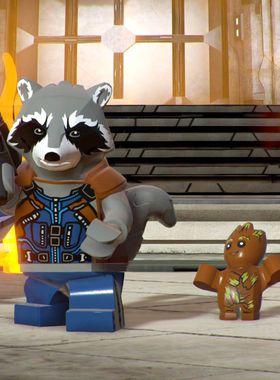 Its about TIME! Join your favorite Super Heroes and Super Villains from different eras and realities as they go head-to-head with the time-traveling Kang the Conqueror in the all-new, original adventure, LEGO Marvel Super Heroes 2! Play as the Guardians of the Galaxy, Spider-Man, Thor, Hulk, Black Panther, Captain Marvel, Doctor Strange, Carnage, Green Goblin and dozens of other Marvel Super Heroes and Villains in this cosmic battle across the time-tossed city of Chronopolis! Travel across lands - from Ancient Egypt to The Old West, Planet Hulk and New York City in 2099 - and transport objects or characters through the centuries! And, with new battle modes, friends and family can play against each other in a series of themed challenges and battle arenas!

Where can I buy a LEGO Marvel Super Heroes 2 Key?

With GameGator, you are able to compare 34 deals across 16 verified and trusted stores to find the cheapest LEGO Marvel Super Heroes 2 Key for a fair price. All stores currently listed have to undergo very specific testing to ensure that customer support, game deliveries, and the game keys themselves are of the highest quality. To sweeten the deal, we offer you 7 specific discount codes, which you will not be able to find anywhere else. This allows us to beat all competitor prices and provide you with the cheapest, most trustworthy deals. If the current cheapest price of $3.61 for LEGO Marvel Super Heroes 2 is too high, create a price alert and we will alert you through email, SMS, or discord the moment the LEGO Marvel Super Heroes 2 price matches your budget.

Can I play LEGO Marvel Super Heroes 2 immediately after the purchase?

What store should I choose for the best LEGO Marvel Super Heroes 2 Deal?