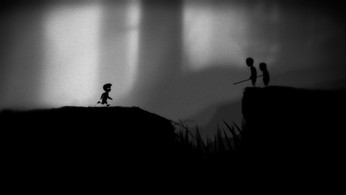 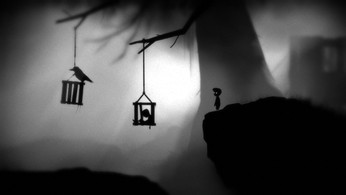 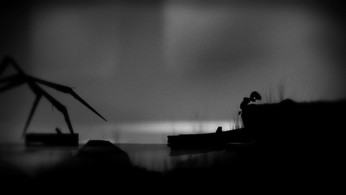 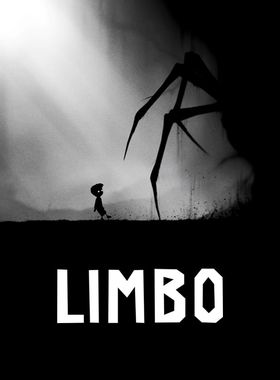 The Jump-N-Run Limbo from Danish developer Playdead impresses with its unusual black and white graphic style. In Limbo, the game takes control of a little boy who makes his way through a scary shadow world. One wrong step and the child faces a gruesome death. Chased by giant spiders, smaller, partly physics-based puzzles must be solved and bouncing passages mastered.

Uncertain about his sister's fate, a boy steps into Limbo?

It is quiet in the forest where the boy wakes up. A gloomy veil of mist permeates the picture. The oppressive silence is only disturbed by the sound of the wind. The little guy gets up. Who is he? Why is he lying there? The player does not know, and he does not find out. What to do, however, is obvious. Out of the gloomy woods? Somewhere nearby is his sister. So he starts running, always with his goal in mind? And very soon the danger: traps, objects, forces of nature or monstrous insects block his way. But there is always a way out. It is not immediately apparent, and that is precisely where the attraction lies. Now it is up to the young man to find his sister. He will soon be jumping over abysses, climbing obstacles, and avoiding traps. Soon he will have to push crates to the right place to reach ledges, set conveyor belts in motion, or use cranes to transport a tire, which will then activate pressure switches at the right moment.

Limbo was first released in 2010 as a download game on Xbox Live and later also for PC and Playstation 3. The PC version was released via Steam as a download version on 8.2.2011. The retail box version will be released on 15.3.2012 via Headup Games.

Where can I buy a Limbo Key?

With GameGator, you are able to compare 21 deals across verified and trusted stores to find the cheapest Limbo Key for a fair price. All stores currently listed have to undergo very specific testing to ensure that customer support, game deliveries, and the game keys themselves are of the highest quality. To sweeten the deal, we offer you specific discount codes, which you will not be able to find anywhere else. This allows us to beat all competitor prices and provide you with the cheapest, most trustworthy deals. If the current cheapest price of $1.82 for Limbo is too high, create a price alert and we will alert you through email, SMS, or discord the moment the Limbo price matches your budget.

Can I play Limbo immediately after the purchase?

What store should I choose for the best Limbo Deal?