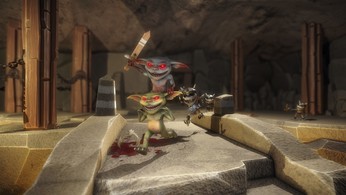 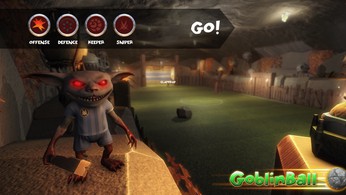 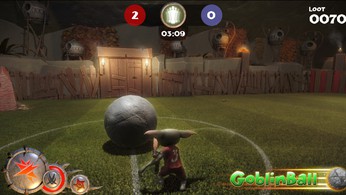 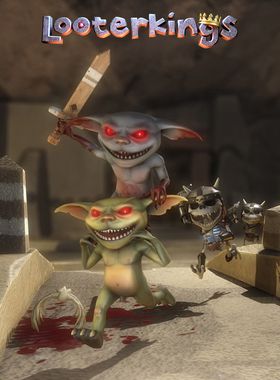 Looterkings is a procedural dungeon crawler, in which you wont fight alone and you wont be the good guy. Play together with up to 3 friends and take control of the most wretched goblin horde ever to have crawled out of the caves deep beneath the earth . These caves dont hold enough loot any more, so youre going to fight your way up. The higher you get, the more loot you will find, eventually ravaging the hallowed halls of the Elven Queen.

Bonding a successful goblin horde works best by gathering your friends to share this adventure. We made Looterkings an up to four-player online coop game, because we think procedural dungeon crawling is most fun with fellow looters supporting you and fighting with you side by side.

But most importantly, we are absolutely passionate about real coop gameplay that is not „just“ individual hacking and slashing, which led to the ability of stacking: each goblin has a special god-ability, which he can share with a fellow goblin by carrying his fellow on his shoulders. Hereby the players will be able to share their buffs of the god-abilities they possess and combine strengths for a short period of time.

When all goblins of a horde die, they will have to start over again from the first level. However, to maintain replayability, the level arrangement, the enemies and the rooms themselves will vary each time playing a level. Each level will provide the players with a possibility to upgrade their weapons and armor at a goblin merchant. The items available at the merchant however will be depending on the overall player level, which goes up by collecting XP dropped by defeated monsters.

We give special attention to distinct graphics and animations. No art in this game is an overused asset-store item or a generic mecanim-animation. Just catch a glimpse at the videos and screenshots – we really want to realize a unique experience and atmosphere for Looterkings based on stunning visuals, sound effects and music. Developed with Unity 5 Engine.

Where can I buy a Looterkings Key?

With GameGator, you are able to compare 17 deals across verified and trusted stores to find the cheapest Looterkings Key for a fair price. All stores currently listed have to undergo very specific testing to ensure that customer support, game deliveries, and the game keys themselves are of the highest quality. To sweeten the deal, we offer you specific discount codes, which you will not be able to find anywhere else. This allows us to beat all competitor prices and provide you with the cheapest, most trustworthy deals. If the current cheapest price of $1.67 for Looterkings is too high, create a price alert and we will alert you through email, SMS, or discord the moment the Looterkings price matches your budget.

Can I play Looterkings immediately after the purchase?

What store should I choose for the best Looterkings Deal?