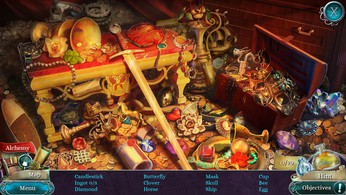 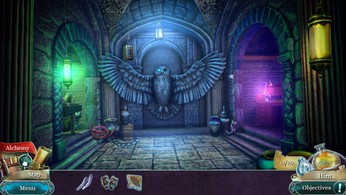 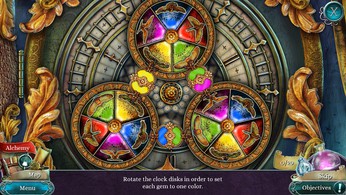 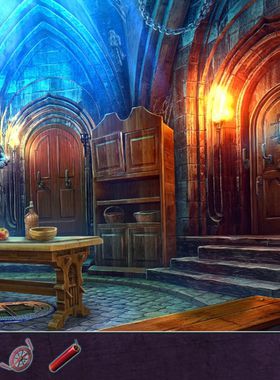 An alchemists apprentice returns home from university to finish her training under a great master. Little does she know a real paranormal adventure has only just begun.

EXPERIENCE A FANTASTIC TALE OF DECEPTION AND INTRIGUE!

Things go awry when she revisits her family home, where dark secrets and the mystery of her parents disappearance lie buried.

INVESTIGATE THE SECRETS HIDDEN IN THE SHADOWS OF THE THRONE!

She encounters a mysterious vigilante and finds a mysterious amulet. To learn the wisdom of the artifact, she must face grim truths about the kingdom and her family.

DELVE INTO A WORLD RICH WITH MAGIC AND HIDDEN OBJECTS!

The young alchemist will work her way through countless puzzles and eerie mysteries to achieve her goal and learn the truth.

She will embark on a quest that can potentially change the faith of the entire realm and her own future forever.

CRAFT 14 DIFFERENT ALCHEMICAL MIXTURES TO USE ALONG YOUR ADVENTURE!

Will she be able to reach her true potential as an alchemist and heal a broken kingdom plagued by corruption and injustice?

Where can I buy a Lost Grimoires: Stolen Kingdom Key?

With GameGator, you are able to compare 7 deals across verified and trusted stores to find the cheapest Lost Grimoires: Stolen Kingdom Key for a fair price. All stores currently listed have to undergo very specific testing to ensure that customer support, game deliveries, and the game keys themselves are of the highest quality. To sweeten the deal, we offer you specific discount codes, which you will not be able to find anywhere else. This allows us to beat all competitor prices and provide you with the cheapest, most trustworthy deals. If the current cheapest price of $0.44 for Lost Grimoires: Stolen Kingdom is too high, create a price alert and we will alert you through email, SMS, or discord the moment the Lost Grimoires: Stolen Kingdom price matches your budget.

Can I play Lost Grimoires: Stolen Kingdom immediately after the purchase?

What store should I choose for the best Lost Grimoires: Stolen Kingdom Deal?