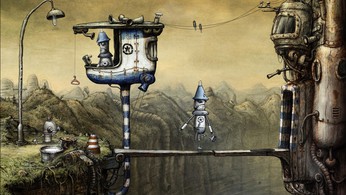 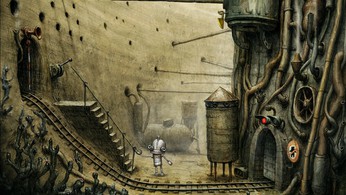 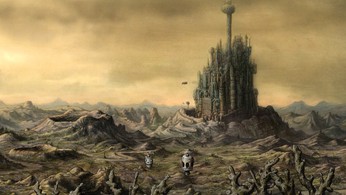 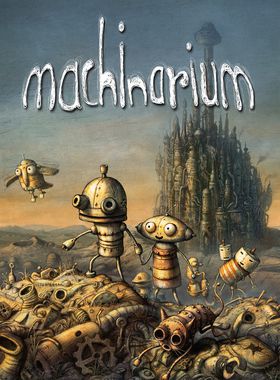 Adventures are experiencing something like a renaissance. Beside old classics, which are spiced up with contemporary graphics and further contents, there are also many new games, which can be assigned to the genre of the adventure game and often are pulled over the counter. While this used to be the field for PC, Mac or Linux, the popular consoles such as Playstation 3, Xbox360 and Nintendo Wii Adventures and their simple game mechanics have also discovered for themselves. And so today, even with bulky controllers, you can solve puzzles that used to be accessible with just a click of the mouse. But to be perfectly honest: The most fun is still with animal-like controllers for the personal home computer. "Machinarium", a game of the Czech, multiple award-winning developer studio Amanita Designs and published by German publisher Daedalic Entertainment, was previously only available in pure English via download. Now, however, the still strongly represented box market has been given in, so that the game is also available in specialty stores - and with German voice output. Bizarre: In "Machinarium" hardly a word is spoken. Only at the beginning are the options explained in short sentences. Otherwise, the main character Jakob and the characters involved remain as silent as a goldfish. Alone the engaging soundtrack enlivens the events, which will be discussed in detail later. "Machinarium" is a unique adventure game, which offers besides puzzles and puzzles also a deep, but at the same time subtly and sensitively staged background story. It completely renounces language and captivates only by body gestures, symbols, and of course, by the hand-drawn, impressive graphics, as well as the atmospheric soundtrack, which is adapted to the robot city.

Where can I buy a Machinarium Key?

With GameGator, you are able to compare 12 deals across verified and trusted stores to find the cheapest Machinarium Key for a fair price. All stores currently listed have to undergo very specific testing to ensure that customer support, game deliveries, and the game keys themselves are of the highest quality. To sweeten the deal, we offer you specific discount codes, which you will not be able to find anywhere else. This allows us to beat all competitor prices and provide you with the cheapest, most trustworthy deals. If the current cheapest price of $4.07 for Machinarium is too high, create a price alert and we will alert you through email, SMS, or discord the moment the Machinarium price matches your budget.

Can I play Machinarium immediately after the purchase?

What store should I choose for the best Machinarium Deal?