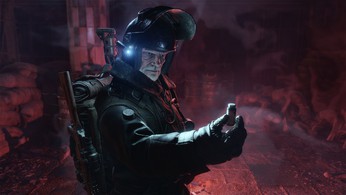 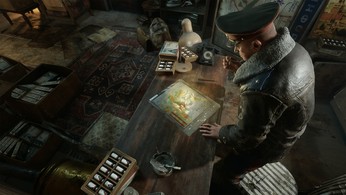 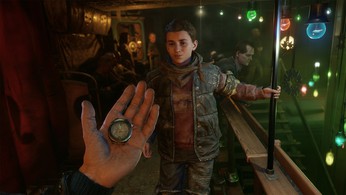 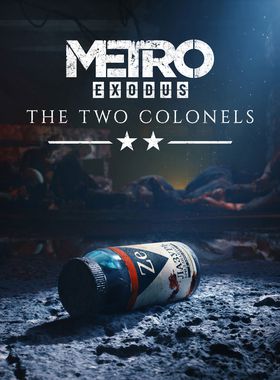 About Metro Exodus: The Two Colonels

A quarter of a century after the nuclear destruction of the world, several thousand survivors are clinging to their existence in the metro tunnels of the ruins of Moscow. They have asserted themselves against the poisoned environment, fought mutants, survived paranormal horror, and burned in the flames of a civil war. Taking up the role of Artyom, players now lead a group of Spartan Rangers through the expanses of post-apocalyptic Russia on the search for a safe habitat.

Metro Exodus is an epic, narrative first-person shooter from 4A Games that combines deadly combat and stealth action with exploration and survival horror in one of the most gripping game worlds ever created. Escape the destroyed ruins of depopulated Moscow and embark on an epic journey through post-apocalyptic Russa in the most extensive metro adventure yet. Explore the Russian wilderness in vast, non-linear levels and follow a thrilling storyline inspired by the novels of Dmitry Glukhovsky, which span the entire annual cycle from spring, summer, autumn, and summer to the depths of nuclear winter. You travel thousands of miles across Russia in a heavily armoured steam locomotive called Aurora. The authentic end-time atmosphere, a minimal HUD, and the deliberate omission of numerous displays and bars present you with playful freedom in how to solve missions and situations.

The balance between survival, shooter, and stealth gameplay while exploring the vast areas and returning to narrow dungeons and tunnels is extremely well done. The attention to detail can be seen in many places, especially in the optional narratives through characters, books, and audio logs. Not all of your comrades will reach their destination alive. Your decisions have a direct influence on the story and the fate of your companions, which guarantees a high replay value. A flickering candle in the darkness, a rattle underneath your freezing gas mask, and the howling of mutants in the nightly wind - Metro will captivate you like no other game!

Where can I buy a Metro Exodus: The Two Colonels Key?

With GameGator, you are able to compare 13 deals across verified and trusted stores to find the cheapest Metro Exodus: The Two Colonels Key for a fair price. All stores currently listed have to undergo very specific testing to ensure that customer support, game deliveries, and the game keys themselves are of the highest quality. To sweeten the deal, we offer you specific discount codes, which you will not be able to find anywhere else. This allows us to beat all competitor prices and provide you with the cheapest, most trustworthy deals. If the current cheapest price of $3.07 for Metro Exodus: The Two Colonels is too high, create a price alert and we will alert you through email, SMS, or discord the moment the Metro Exodus: The Two Colonels price matches your budget.

Can I play Metro Exodus: The Two Colonels immediately after the purchase?

What store should I choose for the best Metro Exodus: The Two Colonels Deal?