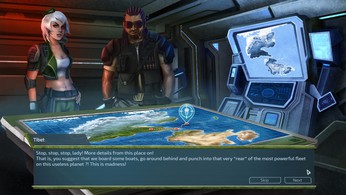 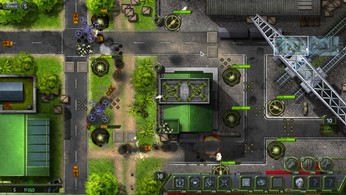 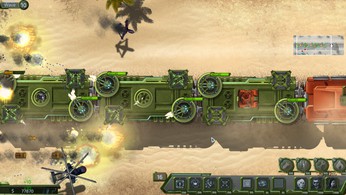 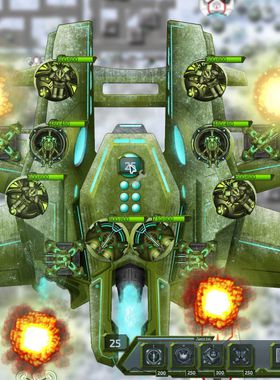 Molten Armor is an action tower defense game with a non-linear story in sci-fi setting!

Command defenses and stop hordes of enemies! Fight on land, sea and in the skies!

Decisions taken in the heat of battle will change the course of the war.

The history of the game unfolds on a remote planet Marina - one of the colonies of the Earth Empire, the conflict on which turned into a full-fledged long-term struggle for influence, territory and wealth of the planet. In the game you will take on the role of the brave commander of the defensive unit, who, in the course of the game, will often need to make a difficult choice. What will your decisions lead to - only time will tell, and now is the time to stop the enemy with the firepower of your turrets!

Nonlinearity - depending on your choices, different scenarios will be opened with unique levels - besides visual differences (cities, deserts, snow-covered forests), you can take part in a sea battle, escape from enemies on the train through the desert and go on a bomber flight, shooting enemies from all sides.

Story - your decisions will influence not only the war itself but will also change fates of your squad mates. They can leave your squad, die or join enemy ranks, thus leading you to one of four endings.

Diverse gameplay - from defending evacuation convoys and participating in an ambush to breaking through enemy defenses and fighting giant bosses.

Heroes - in addition to the player, storyline develops around several persons, who actively participate in both dialogs and combat - each of them can be sent into the battle. Sniper, machine gunner and even a flamethrower tank will aid you with defeating enemies.

Special abilities - In addition to building guns on the battlefield, in the arsenal of defense there are barricades, slowing down nets, mines, rockets and even a tactical slowdown!

Hardcore - this game will make you sweat, but if you want to have some casual fun, you can always select the easy mode.

Where can I buy a Molten Armor Key?

With GameGator, you are able to compare deals across verified and trusted stores to find the cheapest Molten Armor Key for a fair price. All stores currently listed have to undergo very specific testing to ensure that customer support, game deliveries, and the game keys themselves are of the highest quality. To sweeten the deal, we offer you specific discount codes, which you will not be able to find anywhere else. This allows us to beat all competitor prices and provide you with the cheapest, most trustworthy deals. If the current cheapest price of $9.99 for Molten Armor is too high, create a price alert and we will alert you through email, SMS, or discord the moment the Molten Armor price matches your budget.

Can I play Molten Armor immediately after the purchase?

What store should I choose for the best Molten Armor Deal?