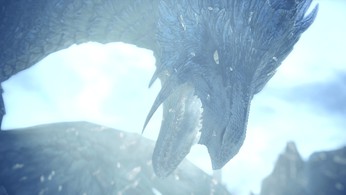 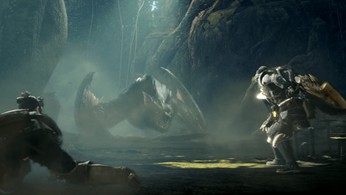 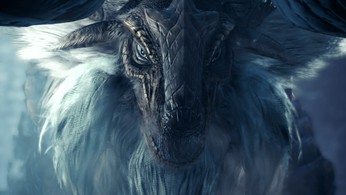 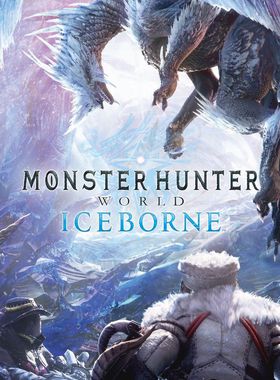 Let your hunting instinct lead you deeper into the world than ever before. Iceborne is a massive expansion that will make Monster Hunter World even more fun and introduces the new Master Rank. New quests, monsters, weapons, armour, and a new story are waiting to take your hunt to a whole new level. Be prepared for a cold journey - the new region is mainly characterized by snow and ice.

Monster Hunter World: Iceborne looks fantastic and offers a lot in terms of gameplay. Numerous creatures from older parts of the series celebrate their comeback, including Tigrex from Monster Hunter Freedom 2, Glavenus from Monster Hunter - Generations, and Nargacuga from Monster Hunter - Freedom Unite. The game also removes the traditionally long times it takes to walk around the world by allowing you to ride smaller creatures. Saddle up briefly and your four-legged friend will then follow the scouts or take you to a destination previously set on the map.

Monster Hunter World: Iceborne is broad in every respect. The map is huge and the game offers countless items, portions, herbs, missions, options, and menus. But remember - hunting dangerous reptile monsters is no walk in the park. If you don't know your weapons by heart and don't watch your environment during battles, you won't live long. The creatures will try to poison, throw boulders, paralyze, or drown you in slime. The harder your opponents get, the more important it is to perform combos to do real damage.

As soon as you accept a quest, an automatic timer starts. This means that you only have a given amount of time to complete the quest goal. If you prefer to explore the area without time pressure, start an expedition instead. Before exploring the huge new world, you should first visit your training camp. Choose a weapon from your chest and then talk to the housekeeper to practice on the training grounds. Take your time to familiarize yourself with all the hunting tools and study their tempos and combos. You'll quickly realize which weapons best suit your fighting style.

Where can I buy a Monster Hunter: World - Iceborne Deluxe Edition Key?

With GameGator, you are able to compare 7 deals across verified and trusted stores to find the cheapest Monster Hunter: World - Iceborne Key for a fair price. All stores currently listed have to undergo very specific testing to ensure that customer support, game deliveries, and the game keys themselves are of the highest quality. To sweeten the deal, we offer you specific discount codes, which you will not be able to find anywhere else. This allows us to beat all competitor prices and provide you with the cheapest, most trustworthy deals. If the current cheapest price of $18.55 for Monster Hunter: World - Iceborne is too high, create a price alert and we will alert you through email, SMS, or discord the moment the Monster Hunter: World - Iceborne price matches your budget.

Can I play Monster Hunter: World - Iceborne Deluxe Edition immediately after the purchase?

What store should I choose for the best Monster Hunter: World - Iceborne Deluxe Edition Deal?