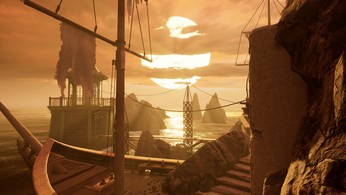 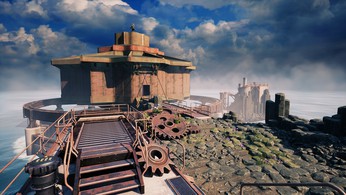 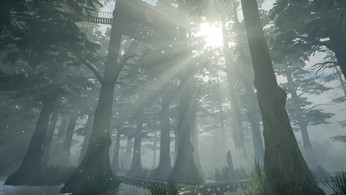 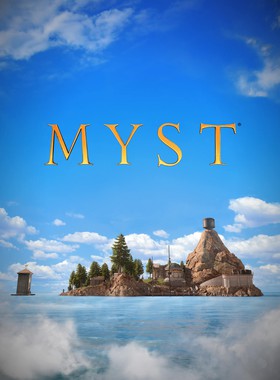 Welcome to Myst: a starkly beautiful island, eerily tinged with mystery and shrouded in intrigue.

Journey to Myst Island and other stunning, long dormant locations - called "Ages"- and begin to unravel the mystery you have been thrust into. As you learn what happened on the island, you will find that you are playing a key role in an epic story whose ending has not yet been written. Explore deeper connections in these stunning and surreal Ages, uncover a story of ruthless family betrayal, and make choices that will affect both you, and the world of Myst itself.

Cyan, the indie studio that created the beloved classic, has reimagined Myst.

Built from the ground up to play both in VR as well as traditional flatscreen displays, Myst is teeming with new art, new sound, re-imagined interactions, and even optional puzzle randomization. Finally... the highly anticipated Myst 2D/VR experience has arrived!

Designed and built from the ground up in Unreal Engine, this newly-reimagined version of Myst includes fresh takes on the visuals in every area in the game. With both VR and 2D play experiences in mind, this definitive, modern edition of Myst will immerse you in the world in a way that has never been possible before.

Where can I buy a Myst Key?

With GameGator, you are able to compare 19 deals across verified and trusted stores to find the cheapest Myst Key for a fair price. All stores currently listed have to undergo very specific testing to ensure that customer support, game deliveries, and the game keys themselves are of the highest quality. To sweeten the deal, we offer you specific discount codes, which you will not be able to find anywhere else. This allows us to beat all competitor prices and provide you with the cheapest, most trustworthy deals. If the current cheapest price of $4.29 for Myst is too high, create a price alert and we will alert you through email, SMS, or discord the moment the Myst price matches your budget.

Can I play Myst immediately after the purchase?

What store should I choose for the best Myst Deal?

There are many details that you might want to go through before settling on the deal of your choosing. If you are looking for a special Edition, such as Masterpiece Edition or Remastered Edition, you can select these in our menu. When it comes to the actual stores, we made sure that you will never get overcharged/neglected. As we care about your satisfaction, we like to ensure that all deals are legitimate, reliable, and foolproof. On top of that, we make sure all stores affiliated with us have proper refund processes and guarantees and are backed by a competent team to ensure that absolutely nothing will go wrong.