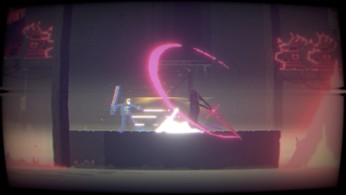 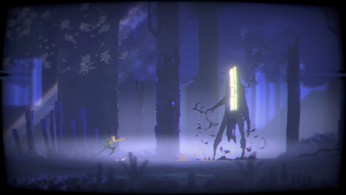 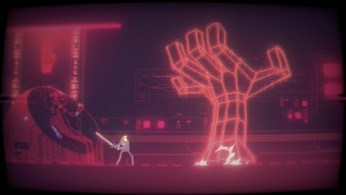 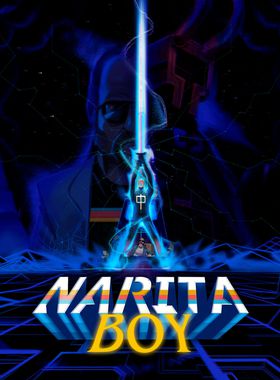 Flashback to the 80s. The Creator, a genius of his time, creates a video game console called Narita One with its flagship title being a game called Narita Boy.

Narita Boy becomes a tremendous hit! Copies of cartridges are flying off physical shelves worldwide. Within weeks Narita Boy is the best-selling video game of all time, critically acclaimed for its power-fantasy wielding the Techno-sword and taking players on a journey like no other.

Meanwhile, inside the binary code, the digital realm connects with reality. Him has returned and deleted The Creator's memories. Supervisor program, Motherboard, and her agents have activated the Narita Boy protocol.

The Stallions are coming, and the Digital Kingdom needs a hero.

Become symphonic in Narita Boy! A radical action-adventure as a legendary pixel hero trapped as a mere echo within the Digital Kingdom. Discover the mysteries behind the Techno-sword, lock swords with the corrupt and tainted Stallions. Save the world!

Where can I buy a Narita Boy Key?

With GameGator, you are able to compare 28 deals across verified and trusted stores to find the cheapest Narita Boy Key for a fair price. All stores currently listed have to undergo very specific testing to ensure that customer support, game deliveries, and the game keys themselves are of the highest quality. To sweeten the deal, we offer you specific discount codes, which you will not be able to find anywhere else. This allows us to beat all competitor prices and provide you with the cheapest, most trustworthy deals. If the current cheapest price of $0.71 for Narita Boy is too high, create a price alert and we will alert you through email, SMS, or discord the moment the Narita Boy price matches your budget.

Can I play Narita Boy immediately after the purchase?

What store should I choose for the best Narita Boy Deal?