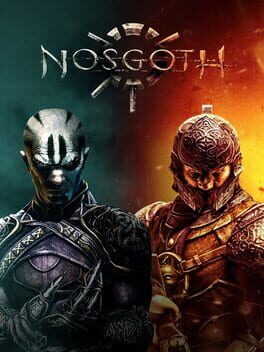 Nosgoth was a free-to-play multiplayer action game, developed by Psyonix and published by Square Enix for Microsoft Windows through digital distribution. It was a spin-off from the Legacy of Kain series of action-adventure games, and took place in its eponymous fictional universe. Nosgoth employed a player versus player system in which each match consisted of two rounds. Teams were composed of characters assigned to one of two races: vampires, designed around hack and slash combat; and humans, whose gameplay was styled after third-person shooters. Between rounds, teams would switch to control the opposing race, and the team which accumulated the most points by fighting their counterparts won the match.

Initially announced in June 2013 following internet leaks, Nosgoth was the first Legacy of Kain-associated game to debut in almost ten years, preceded by 2003's Legacy of Kain: Defiance. Though once intended for release as part of a single-player project, Legacy of Kain: Dead Sun, it was reconceptualized and continued development as a standalone title following Dead Sun's cancellation. When officially revealed in September 2013, Nosgoth attracted negative reception for its conceptual departure from the traditional single-player and story-driven Legacy of Kain formula. Initially beginning its closed alpha and opening up its servers to registered players in late 2013, the game's open beta began in January 2015 and ended in May 2016.

Where can I buy a Nosgoth Key?

With GameGator, you are able to compare deals across verified and trusted stores to find the cheapest Nosgoth Key for a fair price. All stores currently listed have to undergo very specific testing to ensure that customer support, game deliveries, and the game keys themselves are of the highest quality. To sweeten the deal, we offer you specific discount codes, which you will not be able to find anywhere else. This allows us to beat all competitor prices and provide you with the cheapest, most trustworthy deals. If the current cheapest price for Nosgoth is too high, create a price alert and we will alert you through email, SMS, or discord the moment the Nosgoth price matches your budget.

Can I play Nosgoth immediately after the purchase?

What store should I choose for the best Nosgoth Deal?