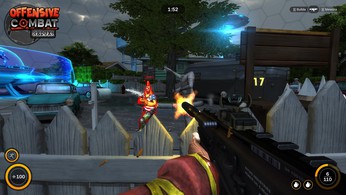 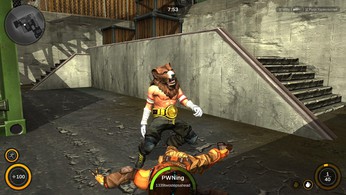 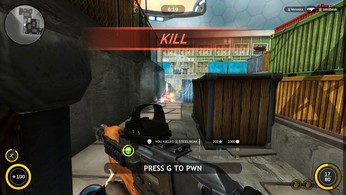 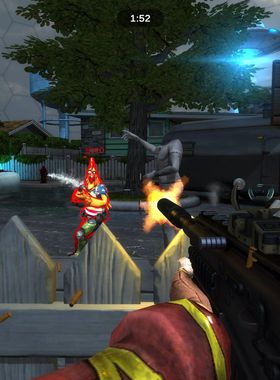 This bundle includes four copies of Offensive Combat: Redux!SummaryOffensive Combat: Redux! is a fast-paced, frenetic online FPS game that lets you show your skill and play as a number of different unique characters including Commandos, Aliens, Geckos, Chickens, Orcs, Pirates, Disco Stars, Drumpf, Anonymous (yes, we hope they dont hack us), and more! Gear up with dozens of insane weapons and level up your guns, nades and character skins in single player mode. Test out new weapons in the Weapon Range, then explore the maps to get yourself ready for multiplayer. Team up in Team Deathmatch and Capture the Flag, or jump into the chaos of a free-for-all round of Deathmatch. With 8 very different maps at launch and multiple modes, Offensive Combat: Redux! is a unique, funny, FPS game that you wont want to miss!Earn XP in Single-Player, or Multiplayer mode to unlock weapon upgrades, better melee weapons and fun grenades. Earn coins to spend on new avatar parts, or pwn your opponents for random loot drops of avatar parts. And best of all, there are No Micro-Transactions! Yeah, were not into that BullS**t!

- Hundreds of Avatar Parts – Show your unique character as you chose from more than 40 character heads, chests, legs, arms and feet and more than 1,000 combinations at launch

- Single Player Modes-Anihilator - Earn XP and Coins to upgrade your weapons and buy new skins while fighting 1 against everyone.

Where can I buy a Offensive Combat: Redux Key?

With GameGator, you are able to compare 4 deals across verified and trusted stores to find the cheapest Offensive Combat: Redux Key for a fair price. All stores currently listed have to undergo very specific testing to ensure that customer support, game deliveries, and the game keys themselves are of the highest quality. To sweeten the deal, we offer you specific discount codes, which you will not be able to find anywhere else. This allows us to beat all competitor prices and provide you with the cheapest, most trustworthy deals. If the current cheapest price of $0.90 for Offensive Combat: Redux is too high, create a price alert and we will alert you through email, SMS, or discord the moment the Offensive Combat: Redux price matches your budget.

Can I play Offensive Combat: Redux immediately after the purchase?

What store should I choose for the best Offensive Combat: Redux Deal?