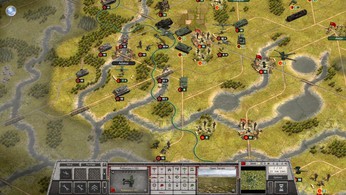 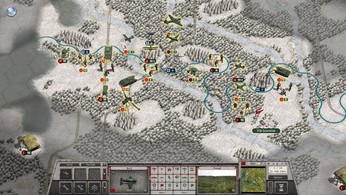 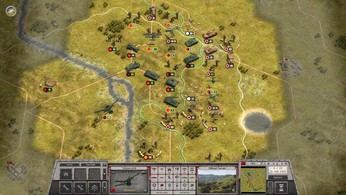 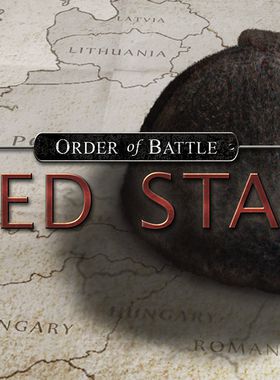 About Order of Battle: Red Star

The first of a trilogy of DLCs featuring the whole World War II from the Soviet Union's perspective. Starting with the fight against the Imperial Japan, players will get transferred to Europe in 1939. Red Star covers the battles of the Red Army in the years 1938-41. The game starts with the Battle of Lake Khasan (July 29, 1938 – August 11, 1938), the attempted military incursion by the Japanese from Manchukuo, into territory claimed by the Soviet Union. It continues with the conflict of Khalkhin Gol, the decisive battle of the undeclared Soviet-Japanese Border War. Repel the Japanese and expel them from Mongolia!

Then, get transferred to Europe and participate in the Soviet invasion of Poland (as result of the so-called non-agression pact with Germany). Win by beating the FInnish forces in the gelid Winter War! The last stage of the DLC from summer 1941 deals with the German invasion of the USSR and ends with the battle of Moscow in Dec. 1941.

Where can I buy a Order of Battle: Red Star Key?

With GameGator, you are able to compare deals across verified and trusted stores to find the cheapest Order of Battle: Red Star Key for a fair price. All stores currently listed have to undergo very specific testing to ensure that customer support, game deliveries, and the game keys themselves are of the highest quality. To sweeten the deal, we offer you specific discount codes, which you will not be able to find anywhere else. This allows us to beat all competitor prices and provide you with the cheapest, most trustworthy deals. If the current cheapest price of $12.76 for Order of Battle: Red Star is too high, create a price alert and we will alert you through email, SMS, or discord the moment the Order of Battle: Red Star price matches your budget.

Can I play Order of Battle: Red Star immediately after the purchase?

What store should I choose for the best Order of Battle: Red Star Deal?