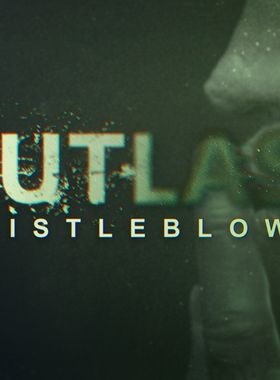 Whistleblower will let you play as Waylon Park, a software engineer under contract with Murkoff and the man who emailed journalists around the world - including Miles - at the beginning of Outlast. Spending a couple of weeks at Mount Massive, during which he was unable to even talk to his wife and son thanks to strict security protocols, Waylon developed a deep-seated distrust of the profit-motivated scientists and doctors leading dangerous and irresponsible experiments on their patients. Identifying with those poor souls fueled Waylons anger, and set the stage for his unmasking of Mount Massives rotten core.

Where can I buy a Outlast: Whistleblower Key?

With GameGator, you are able to compare 8 deals across verified and trusted stores to find the cheapest Outlast: Whistleblower Key for a fair price. All stores currently listed have to undergo very specific testing to ensure that customer support, game deliveries, and the game keys themselves are of the highest quality. To sweeten the deal, we offer you specific discount codes, which you will not be able to find anywhere else. This allows us to beat all competitor prices and provide you with the cheapest, most trustworthy deals. If the current cheapest price of $0.99 for Outlast: Whistleblower is too high, create a price alert and we will alert you through email, SMS, or discord the moment the Outlast: Whistleblower price matches your budget.

Can I play Outlast: Whistleblower immediately after the purchase?

What store should I choose for the best Outlast: Whistleblower Deal?