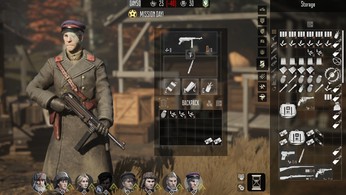 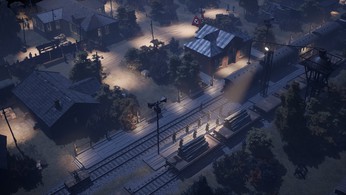 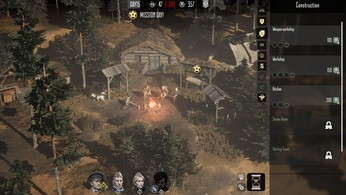 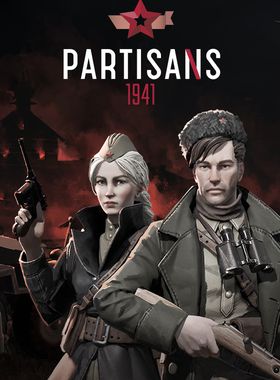 A new approach to the stealth tactics genre: Partisans 1941 combines stealth, action, resource management and base-building elements. Take control of a group of Partisans resisting the German occupation Eastern Front during World War II. Plan and initiate combat your way. Use tactical pause, study the environment and choose the best position to set up an ambush. Build up your resistance camp hidden deep in the woods and find allies to join your cause. Form squads of unique Partisans and undertake diverse missions to undermine enemy forces and infrastructure, while securing resources desperately needed to sustain the resistance. Experience a dramatic and unique chapter of World War II and become a Red Army commander behind enemy lines.

As red army commander Alexey Zorin you escape a Nazi prison camp. Gather a Partisan squad from soldiers left behind enemy lines and locals. Live with your squad all the way from small sabotage missions to attacks on the occupational forces’ authority.

Play a leading role in an operation initiated by Red Army staff quarters and conducted by all Partisan teams in the area: A strike on the German forces’ supply lines for the frontlines, with the goal of buying additional time for the defenders of Leningrad to prepare against the German attack.

With GameGator, you are able to compare 29 deals across verified and trusted stores to find the cheapest Partisans 1941 Key for a fair price. All stores currently listed have to undergo very specific testing to ensure that customer support, game deliveries, and the game keys themselves are of the highest quality. To sweeten the deal, we offer you specific discount codes, which you will not be able to find anywhere else. This allows us to beat all competitor prices and provide you with the cheapest, most trustworthy deals. If the current cheapest price of $1.36 for Partisans 1941 is too high, create a price alert and we will alert you through email, SMS, or discord the moment the Partisans 1941 price matches your budget.

Can I play Partisans 1941 immediately after the purchase?

What store should I choose for the best Partisans 1941 Deal?