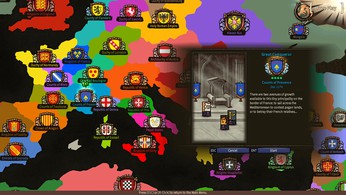 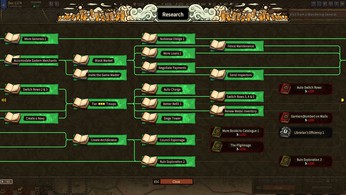 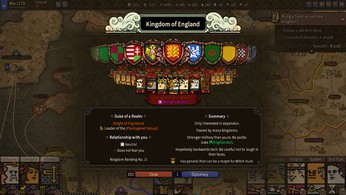 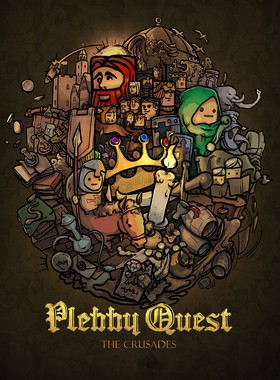 About Plebby Quest: The Crusades

Plebby Quest: The Crusades is a turn-based strategy game set during the crusades of Europe and the Middle East. You must survive between ambitious rulers dreaming of building an empire, treacherous neighbours that long to burn your kingdom, and the religion which always makes unreasonable demands. Survive and build your kingdom's legacy to last centuries.

After drawing hard and straight outlines, we drew unique faces for our characters. Then we had them stand in front of solid color tone backgrounds and brought them to life with our in-house software. Behold! They laugh, rage, and tells us their stories with their chewy and tender movements.

In Scenario mode you will follow a character's story, while in Sandbox mode you can conquer the world without any restriction. Each mode is connected and will affect the other. Good choices and decisions from past games will lead your future plays to success. Friend or Enemy?

Neighbouring kingdoms remember your behaviour and will react to it. Critical mistakes bring dissent and lead to war. If you react according to a character's personality, they will open their mind.

In the 11th century, persons without faith were either barbarians beyond the borders, or heretics that were burned at stake. Every kingdom is under the influence of a religion, and will demand your kingdom prove their faith.

Every June, a meeting is held during which believers of each faith gather to condemn and denounce the others. Kingdoms will condemn one another, while religious leaders will stop a war or demand a crusade. You must do anything possible to turn the participants' opinion to your liking, including bribes, threats, and all kinds of dirty tricks.

Where can I buy a Plebby Quest: The Crusades Key?

With GameGator, you are able to compare 19 deals across 10 verified and trusted stores to find the cheapest Plebby Quest: The Crusades Key for a fair price. All stores currently listed have to undergo very specific testing to ensure that customer support, game deliveries, and the game keys themselves are of the highest quality. To sweeten the deal, we offer you 4 specific discount codes, which you will not be able to find anywhere else. This allows us to beat all competitor prices and provide you with the cheapest, most trustworthy deals. If the current cheapest price of $5.71 for Plebby Quest: The Crusades is too high, create a price alert and we will alert you through email, SMS, or discord the moment the Plebby Quest: The Crusades price matches your budget.

Can I play Plebby Quest: The Crusades immediately after the purchase?

What store should I choose for the best Plebby Quest: The Crusades Deal?