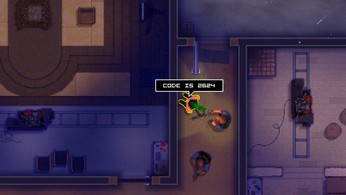 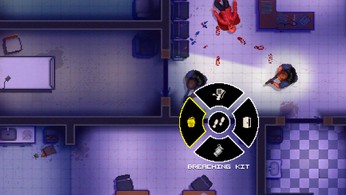 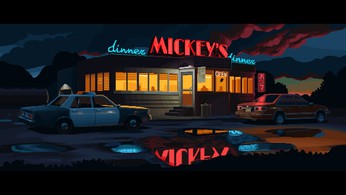 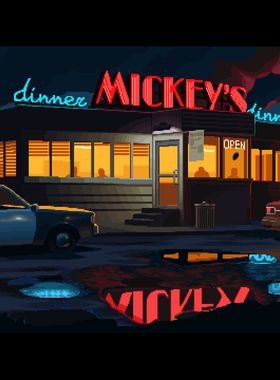 Police Stories is a fresh approach to top-down shooters with an emphasis on tactics and split-second decisions. Take out criminals, rescue civilians and disarm bombs in single player or co-op mode. Mercilessly and full of suspense, each mission tells the story of two policemen - John Rimes and Rick Jones. The two officers infiltrate gang hideouts, rescue hostages, arrest criminals and get into a multitude of life-threatening situations.

As a police officer, you have access to the latest police equipment, like cameras, weapons, and explosives. All criminals act according to one of three patterns of behaviour. They either are aggressive, insecure, or alarmed. Aggressive opponents can easily be identified by the fact that they will shoot without hesitation. This enemy type is best to be eliminated quickly. If your opponent is insecure, however, you have the possibility to force him to give up. Killing an insecure enemy will have a negative impact on your rating. Alerted criminals, on the other hand, know of your presence. They will either actively seek you out or barricade themselves in a room and aim for the door. Give orders to your police colleague, Rick Jones. Use him wisely - and he may save your life in return. Randomly placed criminals, hostages, and evidence make each level unique. Try not to be detected, don’t waste your bullets, and regularly check your surroundings to take out criminals quietly. All your actions are evaluated in real time. If you play too aggressively, you won’t be awarded enough points to start the next mission.

Where can I buy a Police Stories Key?

With GameGator, you are able to compare 19 deals across verified and trusted stores to find the cheapest Police Stories Key for a fair price. All stores currently listed have to undergo very specific testing to ensure that customer support, game deliveries, and the game keys themselves are of the highest quality. To sweeten the deal, we offer you specific discount codes, which you will not be able to find anywhere else. This allows us to beat all competitor prices and provide you with the cheapest, most trustworthy deals. If the current cheapest price of $1.30 for Police Stories is too high, create a price alert and we will alert you through email, SMS, or discord the moment the Police Stories price matches your budget.

Can I play Police Stories immediately after the purchase?

What store should I choose for the best Police Stories Deal?