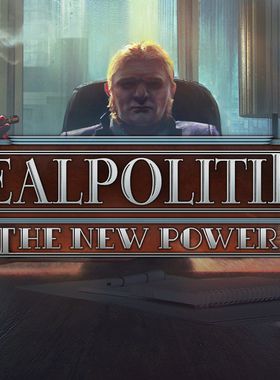 New Power injects fresh content and realism into the world of Realpolitiks. A mini-scenario featuring an actual nuclear threat, Non-Governmental Organizations that try to influence politics and new features for creating larger territorial units are all highlights of this DLC.

The world gazed in terror as yet another powerful shock wave spread through the Pacific Ocean. Despite the usual denials from North Korea, international investigators have no doubt that it was an NK nuclear test behind the disturbance. With each passing day, the dictatorship's moves are becoming bolder and bolder. It seems only a matter of time before it unleashes the destructive power of the atom on anyone who dares to stand against North Korea. South Korea and the USA are aware that the aces are no longer in their hands and are getting ready for a preemptive strike. But will their citizens and allies allow them to start what could result in a global nuclear war? And isn't it too late already?

Where can I buy a Realpolitiks - New Power Key?

With GameGator, you are able to compare 4 deals across verified and trusted stores to find the cheapest Realpolitiks - New Power Key for a fair price. All stores currently listed have to undergo very specific testing to ensure that customer support, game deliveries, and the game keys themselves are of the highest quality. To sweeten the deal, we offer you specific discount codes, which you will not be able to find anywhere else. This allows us to beat all competitor prices and provide you with the cheapest, most trustworthy deals. If the current cheapest price of $1.33 for Realpolitiks - New Power is too high, create a price alert and we will alert you through email, SMS, or discord the moment the Realpolitiks - New Power price matches your budget.

Can I play Realpolitiks - New Power immediately after the purchase?

What store should I choose for the best Realpolitiks - New Power Deal?