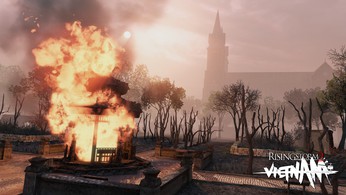 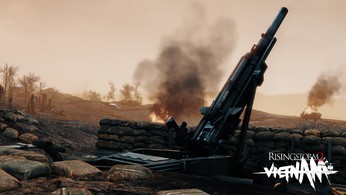 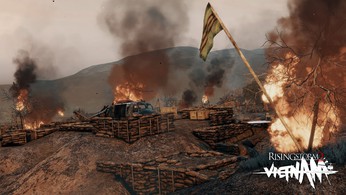 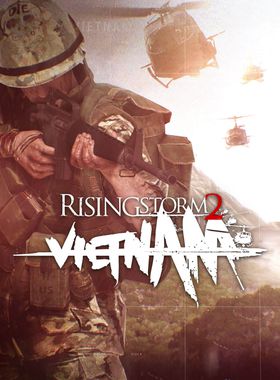 Rising Storm 2: Vietnam is the sequel to PC Gamer's 2011 & 2013 ‘Multiplayer Game of the Year', published by Tripwire Interactive and developed by Antimatter Games, the same team that created the award-winning and innovative asymmetric gameplay of the original Rising Storm.

For the first time, the authentic gunplay and visceral first-person action of the Red Orchestra series is coming to an era of automatic rifles, man-portable grenade launchers and more modern weapons systems. Rising Storm 2: Vietnam casts players into a brutal, authentic recreation of the Vietnam War.

Rising Storm 2: Vietnam offers intense tactical action for up to 64 players in battles between the US forces and the Vietnamese, with each force having their own unique abilities and tactical advantages such as Napalm Strikes, Artillery Barrages, surface-to-air missiles, traps, ambushes and more.

Where can I buy a Rising Storm 2: Vietnam Deluxe Edition Key?

With GameGator, you are able to compare deals across verified and trusted stores to find the cheapest Rising Storm 2: Vietnam Key for a fair price. All stores currently listed have to undergo very specific testing to ensure that customer support, game deliveries, and the game keys themselves are of the highest quality. To sweeten the deal, we offer you specific discount codes, which you will not be able to find anywhere else. This allows us to beat all competitor prices and provide you with the cheapest, most trustworthy deals. If the current cheapest price of $4.03 for Rising Storm 2: Vietnam is too high, create a price alert and we will alert you through email, SMS, or discord the moment the Rising Storm 2: Vietnam price matches your budget.

Can I play Rising Storm 2: Vietnam Deluxe Edition immediately after the purchase?

What store should I choose for the best Rising Storm 2: Vietnam Deluxe Edition Deal?