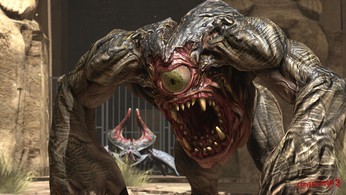 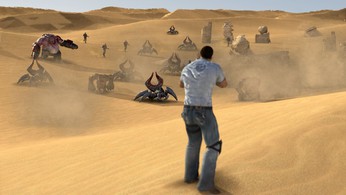 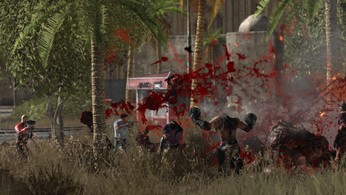 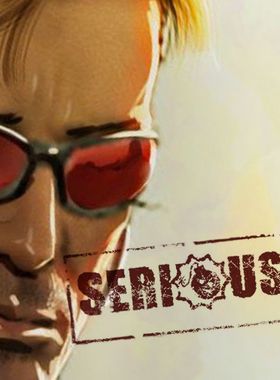 Serious Sam 3 VR: BFE is a virtual reality action shooter, a glorious throwback to the golden age of first-person shooters where men were men, cover was for amateurs and pulling the trigger made things go boom.

Serving as a prequel to the original indie and Game of the Year sensation, Serious Sam: The First Encounter, Serious Sam 3 VR: BFE takes place during the Earth's final struggle against Mental's invading legions of beasts and mercenaries.

Now available in glorious VR! - "basically the same game but the devs just ticked a magical checkbox for VR"

Dual-wield the Destructive Arsenal – A scoped assault rifle or a double-barreled shotgun? Automatic shotgun or the punishing minigun? Why not use both!? Unleash the almighty barrage of flaming cannonballs!

Frantic Arcade-Style Action – Hold down the trigger and lay waste to a never-ending onslaught of attackers or face being overrun by Mental's savage beasts. No cover systems, no camping – it's just you against them. All of them!

Multiplayer – Fight against each other or other teams in various multiplayer versus modes like Deathmatch, Team Deathmatch, Capture the Flag, Last Man Standing, Last Team Standing and Instant Kill. Or, you know, play nice and game together in Standard Co-Op, Classic Co-Op and Coin-Op Co-Op. Op op!

Where can I buy a Serious Sam 3: BFE Gold Edition Key?

With GameGator, you are able to compare 2 deals across verified and trusted stores to find the cheapest Serious Sam 3: BFE Key for a fair price. All stores currently listed have to undergo very specific testing to ensure that customer support, game deliveries, and the game keys themselves are of the highest quality. To sweeten the deal, we offer you specific discount codes, which you will not be able to find anywhere else. This allows us to beat all competitor prices and provide you with the cheapest, most trustworthy deals. If the current cheapest price of $4.20 for Serious Sam 3: BFE is too high, create a price alert and we will alert you through email, SMS, or discord the moment the Serious Sam 3: BFE price matches your budget.

Can I play Serious Sam 3: BFE Gold Edition immediately after the purchase?

What store should I choose for the best Serious Sam 3: BFE Gold Edition Deal?