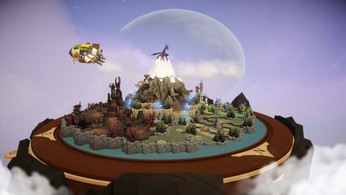 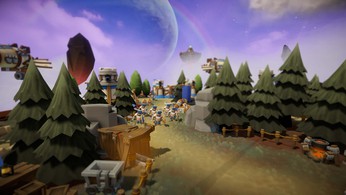 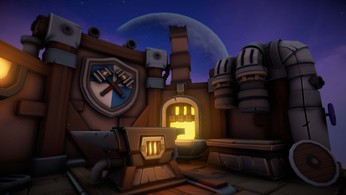 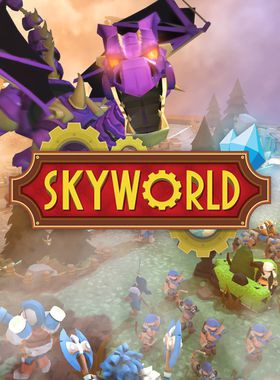 As the sole heir to the throne, you alone can restore your father's dragon empire to its former glory. Armed with the king's scepter, powered by the most powerful magic in the world, and with the knowledge of the magic book of spells at your fingertips, it is up to you to recapture and reunite the Skyworlds; shards of the world broken off by a coven of evil witches. The quest to redeem your father's legacy begins … Can you tame dragons?

Skyworld brings back the basic, fun gameplay of beloved TBS classics with bite-sized matches, but in a groundbreaking room-space VR experience. Built and optimized for VR from the ground up, Skyworld is a VRTBS that allows you to walk around your battle map and rule your empire as if you were standing in the midst of it.

Armed with the world's most powerful magic tools, you must build and lead an army strong enough to tame the powerfull dragons and bring back together your father's empire.

Where can I buy a Skyworld Key?

With GameGator, you are able to compare 11 deals across verified and trusted stores to find the cheapest Skyworld Key for a fair price. All stores currently listed have to undergo very specific testing to ensure that customer support, game deliveries, and the game keys themselves are of the highest quality. To sweeten the deal, we offer you specific discount codes, which you will not be able to find anywhere else. This allows us to beat all competitor prices and provide you with the cheapest, most trustworthy deals. If the current cheapest price of $4.53 for Skyworld is too high, create a price alert and we will alert you through email, SMS, or discord the moment the Skyworld price matches your budget.

Can I play Skyworld immediately after the purchase?

What store should I choose for the best Skyworld Deal?