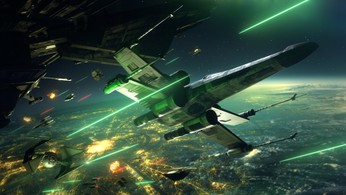 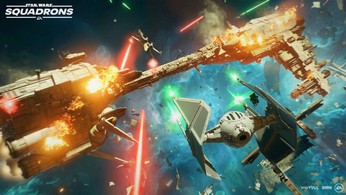 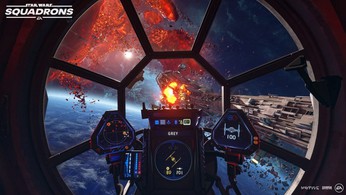 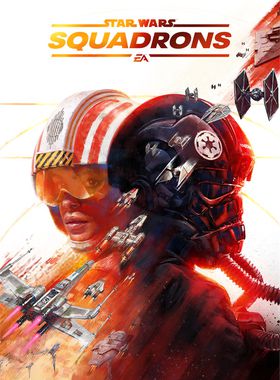 Learn what it means to pilot a battleship in the thrilling Star Wars single player experience of Star Wars: Squadrons. Strap yourself in, feel the intensity of first-person multiplayer battles alongside your squadron and experience hands-on intergalactic combat. The story, told alternately from the perspective of the New Republic and the Empire, features iconic and rising leaders from both sides, fighting for the future of the galaxy. Challenge the best of the galaxy in exciting 5 vs. 5 aerial battles. The mission is simple, but takes a lot of skill to succeed. Customise your equipment for even more speed and accuracy, assemble your squadron and destroy the enemy ships to win. Plan each of your squadron's battles in the briefing room before flying to dynamic battlefields in different parts of the galaxy. The pilots will triumph as a team in familiar and entirely new locations, like the gas giant Yavin Prime, or the ravaged Moon of Galitan.

Join your squadron online or play against bots to turn the tide in monumental fleet battles - a contest in which two squadrons of five must complete different objectives in multiple locations. Move the front line by winning the intense aerial battles and bombing enemy capital ships that will prevent you from achieving your ultimate goal: the destruction of the powerful enemy flagship.

Where can I buy a Star Wars: Squadrons Key?

With GameGator, you are able to compare 35 deals across verified and trusted stores to find the cheapest Star Wars: Squadrons Key for a fair price. All stores currently listed have to undergo very specific testing to ensure that customer support, game deliveries, and the game keys themselves are of the highest quality. To sweeten the deal, we offer you specific discount codes, which you will not be able to find anywhere else. This allows us to beat all competitor prices and provide you with the cheapest, most trustworthy deals. If the current cheapest price of $8.91 for Star Wars: Squadrons is too high, create a price alert and we will alert you through email, SMS, or discord the moment the Star Wars: Squadrons price matches your budget.

Can I play Star Wars: Squadrons immediately after the purchase?

What store should I choose for the best Star Wars: Squadrons Deal?