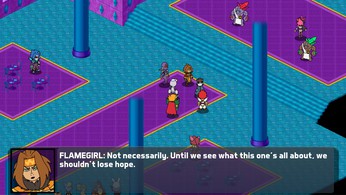 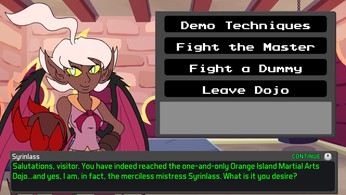 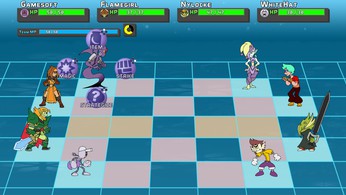 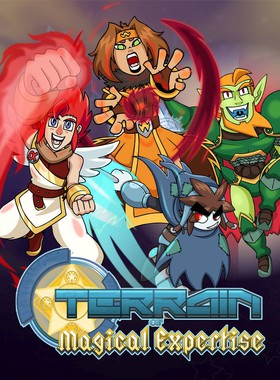 About Terrain of Magical Expertise

We heard you like games, so we made a game about a game! Terrain of Magical Expertise is a non-linear, story-driven RPG adventure, featuring an original turn-based combat system enhanced with various quicktime events. Your character is a player of a fictional MMORPG which rose to prominence during a (obviously just as fictional) global pandemic, which caused almost everybody to stay home and play games.

It's the year 2020, and a popular new MMORPG called "TOME" is hosting a special event with a huge cash prize. You take the role of a White-Hat Hacker, gifted a copy of TOME by a mysterious friend, who asks for a favor to try and take down some sinister Black-Hat Hackers, that are cheating to win the "Campaign of Champions" competition! Joining forces by chance with a guild of determined players called "The Dandy Alliance", you embark on a turn-based role-playing adventure to help your newfound friends achieve victory!

Where can I buy a Terrain of Magical Expertise Key?

With GameGator, you are able to compare 12 deals across 11 verified and trusted stores to find the cheapest Terrain of Magical Expertise Key for a fair price. All stores currently listed have to undergo very specific testing to ensure that customer support, game deliveries, and the game keys themselves are of the highest quality. To sweeten the deal, we offer you 2 specific discount codes, which you will not be able to find anywhere else. This allows us to beat all competitor prices and provide you with the cheapest, most trustworthy deals. If the current cheapest price of $7.87 for Terrain of Magical Expertise is too high, create a price alert and we will alert you through email, SMS, or discord the moment the Terrain of Magical Expertise price matches your budget.

Can I play Terrain of Magical Expertise immediately after the purchase?

What store should I choose for the best Terrain of Magical Expertise Deal?