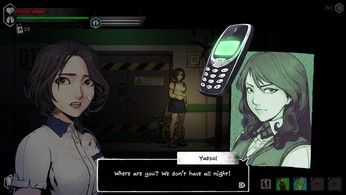 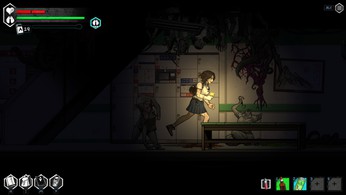 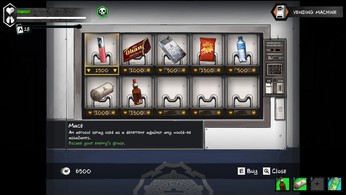 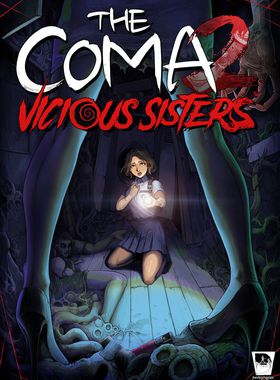 About The Coma 2: Vicious Sisters

Mina Park, a student of Sehwa High, awakens at night in her school. It isn't long before she realizes that something is amiss. The once-familiar school where she spends her evenings studying looks twisted by something dark and sinister. She finds herself pursued by someone or something that looks eerily like her teacher. To survive, Mina must venture beyond the boundaries of her school and into the surrounding district. There, she will encounter strange creatures, mysterious strangers, and uneasy allies.

The Coma 2: Vicious Sisters is an atmospheric, story-driven game. Immerse yourself in the warped Sehwa district as you encounter an engaging cast of characters, solve puzzles, discover revealing clues, and fight for survival against a relentless psycho. Heroines, forced to confront their worst fears, rarely emerge unscathed. Over the course of the story, Mina will encounter dangerous scenarios from which she could sustain permanent damage. Craft items to anticipate future dangers to avoid injury.

Dark Song is now more fearsome and powerful than ever before. Falling into her grasp could spell instant death. Running and wielding your flashlight makes you an easy target. You must precariously balance the urgency of exploration with your absolute need to survive!

Where can I buy a The Coma 2: Vicious Sisters Key?

With GameGator, you are able to compare 26 deals across verified and trusted stores to find the cheapest The Coma 2: Vicious Sisters Key for a fair price. All stores currently listed have to undergo very specific testing to ensure that customer support, game deliveries, and the game keys themselves are of the highest quality. To sweeten the deal, we offer you specific discount codes, which you will not be able to find anywhere else. This allows us to beat all competitor prices and provide you with the cheapest, most trustworthy deals. If the current cheapest price of $1.25 for The Coma 2: Vicious Sisters is too high, create a price alert and we will alert you through email, SMS, or discord the moment the The Coma 2: Vicious Sisters price matches your budget.

Can I play The Coma 2: Vicious Sisters immediately after the purchase?

What store should I choose for the best The Coma 2: Vicious Sisters Deal?