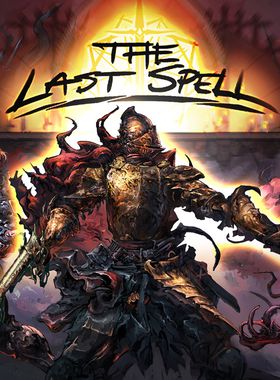 About The Last Spell

War was rampaging all over the land for decades. In a desperate move to end it all, the mages provoked The Cataclysm. Massive balls of pure magic obliterated nearly everything. A strange purple mist propagated everywhere. They say that those who entered the mist were killed, driven mad, or worse…

Only a few Havens keep up the fight against the hordes of bloodthirsty monsters that come out at night from this damned mist. A few strained heroes protect the walls night after night, until a handful of mages manage to cast The Last Spell and banish all magic from this accursed world. And maybe save us all. Maybe.

The Last Spell is a tactical RPG with roguelite elements. During the days, you'll have to carefully choose how you will re-build your city and how you'll position your defenses. Will you prioritize buying a brand new flaming sword, or build a Mana Well to regenerate some priceless Mana after battles?

During night, you'll have to exterminate all the monsters coming at your walls with a large range of weapons and powers. Level up your heroes, and repeat until the end.

Where can I buy a The Last Spell Key?

With GameGator, you are able to compare 7 deals across 5 verified and trusted stores to find the cheapest The Last Spell Key for a fair price. All stores currently listed have to undergo very specific testing to ensure that customer support, game deliveries, and the game keys themselves are of the highest quality. To sweeten the deal, we offer you 4 specific discount codes, which you will not be able to find anywhere else. This allows us to beat all competitor prices and provide you with the cheapest, most trustworthy deals. If the current cheapest price of $19.77 for The Last Spell is too high, create a price alert and we will alert you through email, SMS, or discord the moment the The Last Spell price matches your budget.

Can I play The Last Spell immediately after the purchase?

What store should I choose for the best The Last Spell Deal?