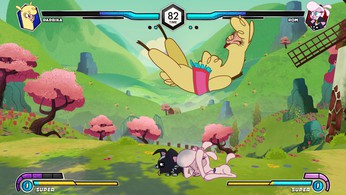 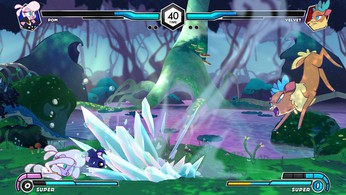 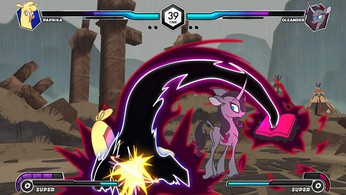 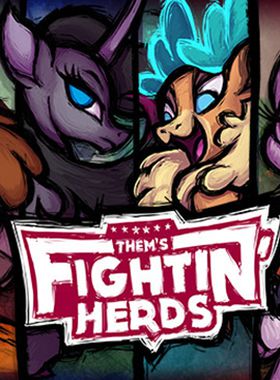 Magic System - Emphasize your character's special abilities through a dedicated button and a unique resource. Enhanced Super Attack - Spend an additional bar of meter during your super for a bonus utility effect. Juggle Decay - An infinite-prevention system that manages combo length without imposing hard limits. Dynamic Music System - Rockin' character themes adapt in the heat of the battle to make every fight feel like a clash of champions. Rollback Netcode - Battle across the globe with little to no input delay, all thanks to GGPO.

Where can I buy a Them's Fightin' Herds Key?

With GameGator, you are able to compare 11 deals across verified and trusted stores to find the cheapest Them's Fightin' Herds Key for a fair price. All stores currently listed have to undergo very specific testing to ensure that customer support, game deliveries, and the game keys themselves are of the highest quality. To sweeten the deal, we offer you specific discount codes, which you will not be able to find anywhere else. This allows us to beat all competitor prices and provide you with the cheapest, most trustworthy deals. If the current cheapest price of $3.32 for Them's Fightin' Herds is too high, create a price alert and we will alert you through email, SMS, or discord the moment the Them's Fightin' Herds price matches your budget.

Can I play Them's Fightin' Herds immediately after the purchase?

What store should I choose for the best Them's Fightin' Herds Deal?