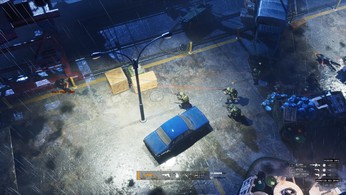 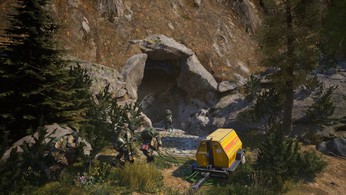 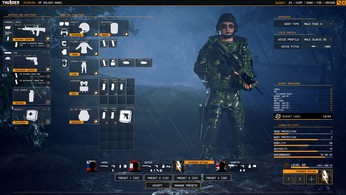 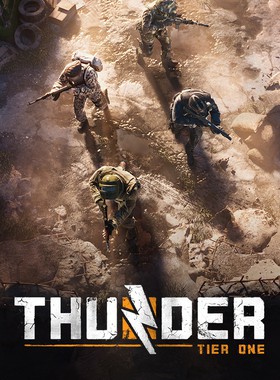 About Thunder Tier One

Set in the 90's, sometime after the fall of the USSR, Thunder Tier One is a realistic top-down shooter where you join an elite special operations team tasked with stopping a terrorist organization. In 4-player co-op or solo with AI teammates, players must carefully select their gear and utilize all their tactical skills to complete each operation successfully.

A paramilitary-turned terrorist organization known as SBR have carried out a series of attacks on civilian targets in the Eastern European nation of Salobia. Thunder has been deployed to locate SBR leader Marko Antonov and put an end to his campaign of terror. Designed to be played in 4-player co-op, the 9-mission campaign takes you through various scenarios where teamwork and communication is key to completing each operation successfully. In solo mode, you will be joined by three AI teammates who will react intelligently to each situation they face. You can also take charge and issue them with a variety of individual and group commands to ensure they are executing your plan. How much you manage them is completely up to you.

You decide exactly what you take into each mission, and can choose from a wide variety of weapons and attachments, ammo type (and amount), armor, grenades and tools - you can even choose which camouflage pattern to have on your clothing. The same goes for your AI teammates, you have full control over what they use and carry. The gear you select will depend on your strategy for the mission. Coordinate with your teammates and go fully suppressed with IR lasers and NVGs for a stealth approach, or go in guns blazing with the heaviest armor and a backpack filled to the brim with extra ammo and frags. Just make sure you have the right tools to get the job done.

Thunder Tier One isn't your typical top-down shooter and it's not as simple as staying behind cover and clicking on heads. You need to use both your knowledge and the wealth of weapons at your disposal to be successful.

Where can I buy a Thunder Tier One Key?

With GameGator, you are able to compare 9 deals across verified and trusted stores to find the cheapest Thunder Tier One Key for a fair price. All stores currently listed have to undergo very specific testing to ensure that customer support, game deliveries, and the game keys themselves are of the highest quality. To sweeten the deal, we offer you specific discount codes, which you will not be able to find anywhere else. This allows us to beat all competitor prices and provide you with the cheapest, most trustworthy deals. If the current cheapest price of $19.08 for Thunder Tier One is too high, create a price alert and we will alert you through email, SMS, or discord the moment the Thunder Tier One price matches your budget.

Can I play Thunder Tier One immediately after the purchase?

What store should I choose for the best Thunder Tier One Deal?