Turmoil - The Heat Is On 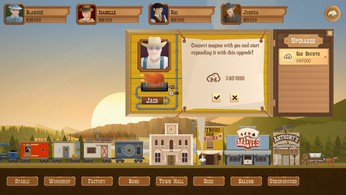 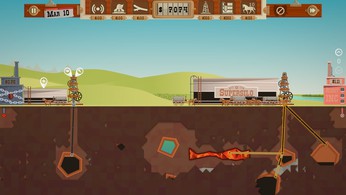 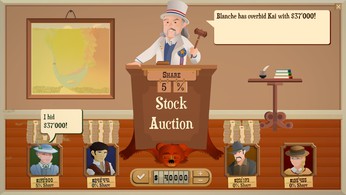 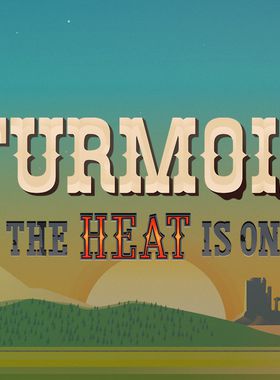 Turmoil - The Heat Is On

About Turmoil - The Heat Is On

Turmoil - The Heat Is On is a brand new campaign with tons of oil to dig up and convert into cash! It is designed to make you feel right at home, but at the same time offer lots of new mechanics and fun features. Heres what you can expect!

A new town (and mayor!) and a new oil-rich map divided into three areas.
In each area, new drilling mechanics are introduced, powered by a new underground substance: magma.
Youll see familiar faces like Edward and Fred and William. They brought their goods with them in train wagons, so you can instantly stock up on all your favorite drilling gear.
There are also new people, like Philip, who runs a shady card game in the saloon.
Jack is a new character that runs a magma tools operation from his shed. He likes chicken.
Anthony is also back from last time. Instead of dealing in diamonds, he has his own store where you can sell and buy all sorts of underground treasures.
The new mayor is not quite like the old one. His tips are free, and he uses a different auction system. But shares still cost money!
Theres a cat walking around the village! He doesnt do a whole lot, but what can you expect from these creatures?
And last but not least: a couple of brand new music tracks!

Where can I buy a Turmoil - The Heat Is On Key?

With GameGator, you are able to compare 14 deals across verified and trusted stores to find the cheapest Turmoil - The Heat Is On Key for a fair price. All stores currently listed have to undergo very specific testing to ensure that customer support, game deliveries, and the game keys themselves are of the highest quality. To sweeten the deal, we offer you specific discount codes, which you will not be able to find anywhere else. This allows us to beat all competitor prices and provide you with the cheapest, most trustworthy deals. If the current cheapest price of $0.86 for Turmoil - The Heat Is On is too high, create a price alert and we will alert you through email, SMS, or discord the moment the Turmoil - The Heat Is On price matches your budget.

Can I play Turmoil - The Heat Is On immediately after the purchase?

What store should I choose for the best Turmoil - The Heat Is On Deal?