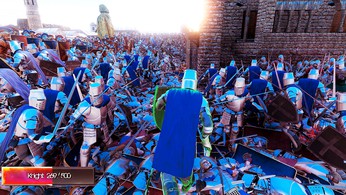 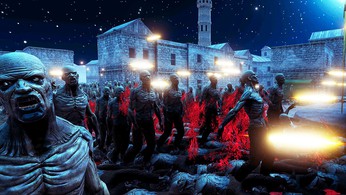 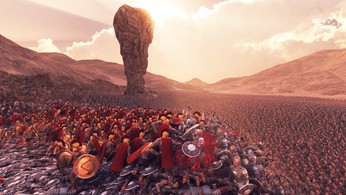 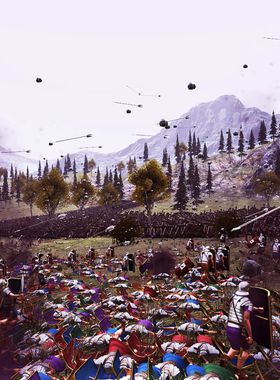 Here is a sandbox like no other. Create massive battles with absolutely no limits. Want to see 10,000 chickens fight an army of Romans?? Sure, why not. Want to see a company of WW2 U.S soldiers fight 11,000 Medieval soldiers?? There are simply no limits to the carnage you can achieve in Epic Battle Simulator. Mess around with a massive variety of units. Everything from, Roman Centurions, Medieval soldiers, Knights, Orcs, Trolls, and yes, chickens! The main focus in this game is giving the player no restrictions to what he can do. That is why we decided not to limit the amount of units in battle. Want to see what a battle of 100,000 units looks like? We dont recommend going past 10,000 for most machines but its your CPU, do what you want! On top of that, you can play as any one of the units in the game, getting up close and personal to help change the tides of a massive battle, while rallying teammates and giving them orders!

Where can I buy a Ultimate Epic Battle Simulator Key?

With GameGator, you are able to compare 3 deals across verified and trusted stores to find the cheapest Ultimate Epic Battle Simulator Key for a fair price. All stores currently listed have to undergo very specific testing to ensure that customer support, game deliveries, and the game keys themselves are of the highest quality. To sweeten the deal, we offer you specific discount codes, which you will not be able to find anywhere else. This allows us to beat all competitor prices and provide you with the cheapest, most trustworthy deals. If the current cheapest price of $14.99 for Ultimate Epic Battle Simulator is too high, create a price alert and we will alert you through email, SMS, or discord the moment the Ultimate Epic Battle Simulator price matches your budget.

Can I play Ultimate Epic Battle Simulator immediately after the purchase?

What store should I choose for the best Ultimate Epic Battle Simulator Deal?