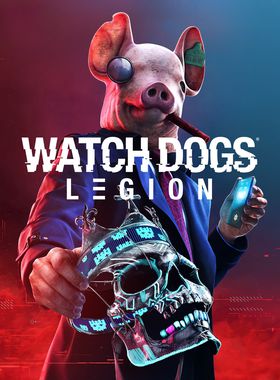 Watch Dogs Legion draws you into the London of the future, a post-Brexit London where violence, the black market and surveillance are the order of the day. A terror militia has taken control of the city, the streets are run by organised criminal groups - but also a resistance in which numerous London citizens show the regime what they are made of. In the midst of it? You! But this is not the end of the story, as you not only play one protagonist of the game, but all of them. You can control each NPC, with its own background story, behaviour and character strengths and weaknesses. They can all be recruited and played by you, provided you behave correctly. The highlight: There is an assassin grandmother who may look pretty harmless, but look again - she's not old, she's experienced!

Where can I buy a Watch Dogs Legion Gold Edition Key?

With GameGator, you are able to compare 16 deals across verified and trusted stores to find the cheapest Watch Dogs Legion Key for a fair price. All stores currently listed have to undergo very specific testing to ensure that customer support, game deliveries, and the game keys themselves are of the highest quality. To sweeten the deal, we offer you specific discount codes, which you will not be able to find anywhere else. This allows us to beat all competitor prices and provide you with the cheapest, most trustworthy deals. If the current cheapest price of $19.99 for Watch Dogs Legion is too high, create a price alert and we will alert you through email, SMS, or discord the moment the Watch Dogs Legion price matches your budget.

Can I play Watch Dogs Legion Gold Edition immediately after the purchase?

What store should I choose for the best Watch Dogs Legion Gold Edition Deal?