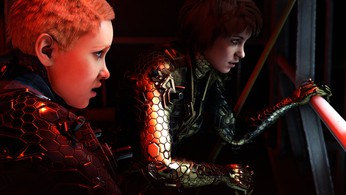 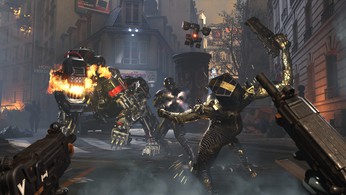 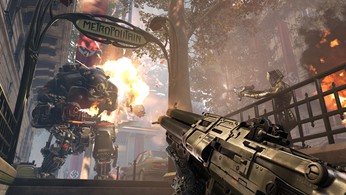 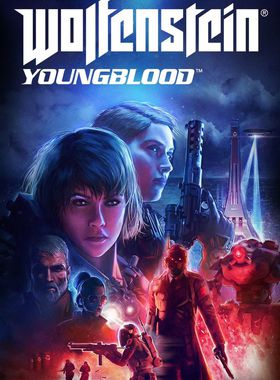 Wolfenstein: Youngblood transports you back to the Paris of the 1980's, where you take up the fight against the Nazi regime in the role of one of B.J. Blazkowicz's twin daughters - Jess and Soph. Both of them will do everything they can do to find their father, even if that means overthrowing the regime in Paris. Join the Resistance in the Paris catacombs and undertake missions at will. In addition to the new co-op system, Youngblood offers new role-playing elements. Explore Paris, kill Nazis, upgrade your skills, and unlock new abilities, weapons, tools, and cosmetic items. Some weapons from its predecessor New Colossus also make an appearance in Youngblood, featuring the Diesel Power Plant, the Shock Hammer, and the Laser Power Plant.

Jess and Soph end up in the regime occupied Paris of the 1980's, where the teenagers seek contact with the underground and join the local resistance within a very short time. Correspondingly fast is the character development of the wonderfully psychopathic heroines: After their first bloodbath, the girls throw up, but then mutate into veritable killing machines and enjoy hunting down regime henchmen. The multiplayer mode works exclusively online. Before you start a game, you choose a character and determine the outfit and basic equipment. You and your co-op player share the same number of lives. If the maximum of three restarts is used up, you must restart the mission from the beginning of the section.

Wolfenstein: Youngblood remains true to its predecessors despite its innovations. Brute action and the usual fluidly playable shooter gameplay are again the main focus of the game. Slide through shafts, perform double jumps, and transform the battlefield into your playground - or sneak and silently eliminate enemies with the help of the camouflage function.

Where can I buy a Wolfenstein: Youngblood Deluxe Edition Key?

With GameGator, you are able to compare 22 deals across verified and trusted stores to find the cheapest Wolfenstein: Youngblood Key for a fair price. All stores currently listed have to undergo very specific testing to ensure that customer support, game deliveries, and the game keys themselves are of the highest quality. To sweeten the deal, we offer you specific discount codes, which you will not be able to find anywhere else. This allows us to beat all competitor prices and provide you with the cheapest, most trustworthy deals. If the current cheapest price of $4.03 for Wolfenstein: Youngblood is too high, create a price alert and we will alert you through email, SMS, or discord the moment the Wolfenstein: Youngblood price matches your budget.

Can I play Wolfenstein: Youngblood Deluxe Edition immediately after the purchase?

What store should I choose for the best Wolfenstein: Youngblood Deluxe Edition Deal?