Assassin's Creed Odyssey is one of the most anticipated new releases at this year's Gamescom. Critics are right when they say that if it weren't for the slaughter, the Assassin's Creed franchise would be suitable for history lessons. Besides their historical accuracy, all Assassin's Creed games are based on the idea of a device called Animus, in which you can make yourself relive the life of your ancestors from the past.

Assassin's Creed Odyssey's story is set 431 years before Christ, 400 years before the events of Origins. At a time that has had a decisive influence on the development of European civilisation - and a time of war. The player is not only surrounded by ancient art, society and political philosophy, but also caught up in the fronts of the Peloponnesian war, in which Athenians and Spartans face each other in numerous battles.

The fundamental idea of any Assassin's Creed game is the battle of the Assassins against the Templars over the centuries. Roughly speaking, both entities fight for order and control, while the assassins fight for the freedom of the individual - which often times can get very bloody. 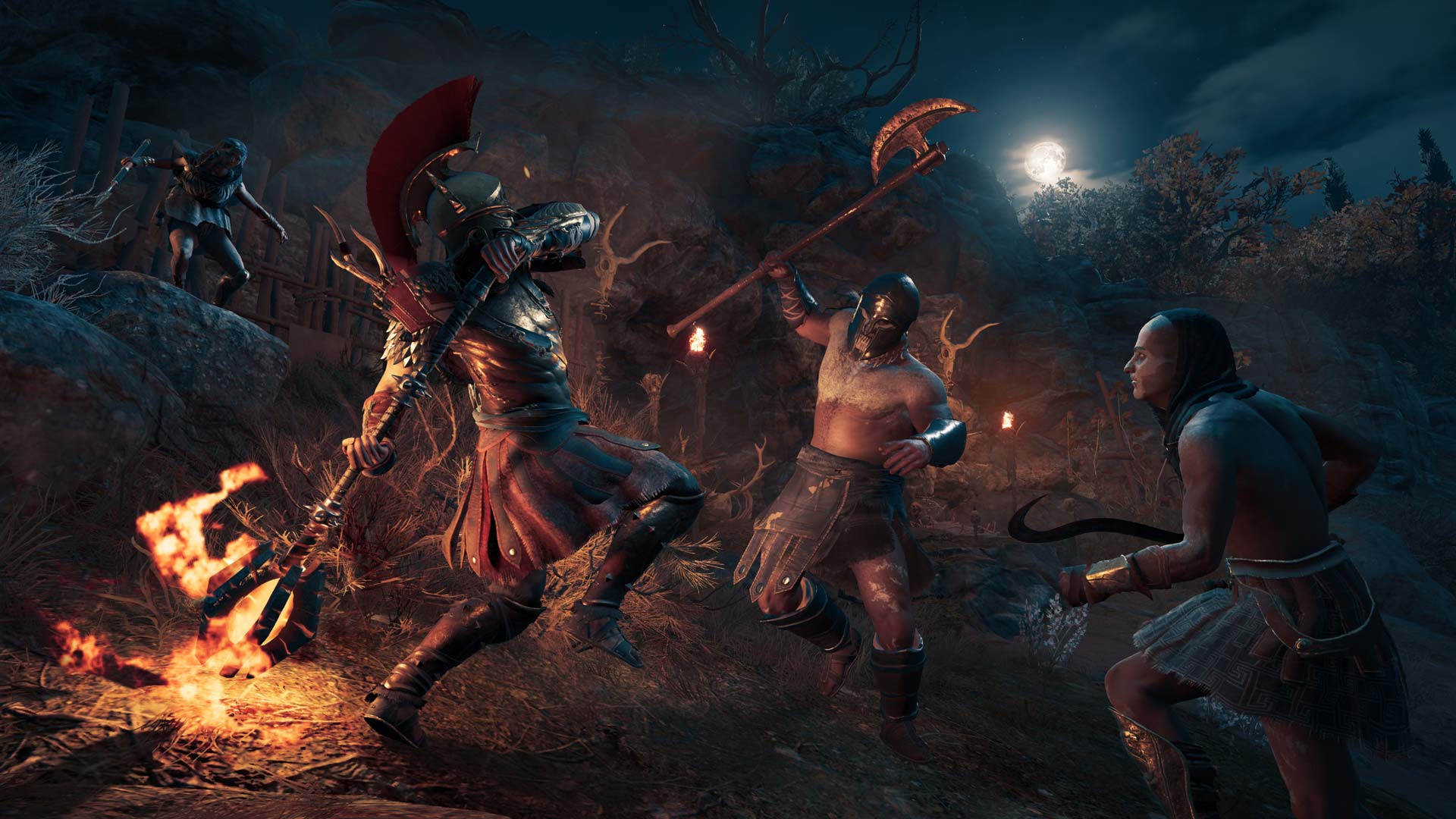 However, you will want to be very careful about who you kill in Assassin's Creed Odyssey, as there are over 50 mercenaries ready to hunt you down. A part of these mercenaries consists of prefabricated characters with their own background story, while a part is randomly generated. Each of the 50 mercenaries has their own strengths, weaknesses, skills and unique equipment.

Unlike the Phylakes, mercenaries leave the player in peace at first, unless you act criminally. If you choose to commit crimes, your wanted level rises similar to the one in GTA, and a

As a result, mercenaries become bounty hunters in the respective area of the Open World and want your death. The higher the bounty, the stronger they become. The difference to the wanted level in GTA is, however, that you can't just run away from your pursuers. Even if you choose to hide in a forest or in a haystack, the bounty will remain. Players can only get rid of the bounty by confronting their hunters. If the pursuers are then defeated in battle, you can choose to either kill or recruit them. Both options will provide you with their rare loot, as they wear precious equipment. 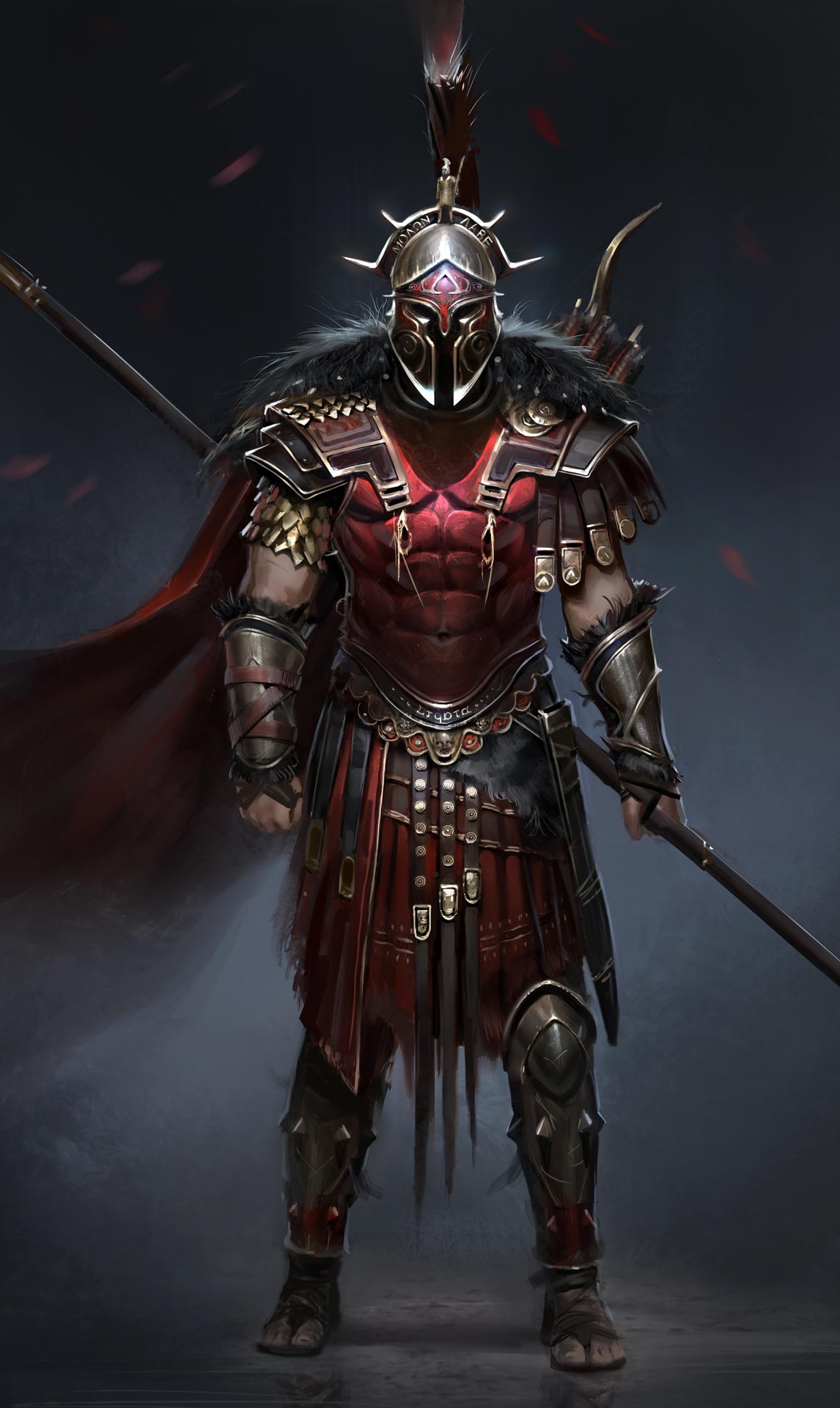 In the upcoming Assassin's Creed, there will be over 30 hours of interactive cutscenes. However, due to the decisions of the player, the story can take on very different directions and not everyone will see the same cutscenes. Therefore, one of the biggest changes in the upcoming Assassin's Creed will be the way the player can influence the course of the story through his decisions. The game continues to evolve in the direction of an RPG and the focus is likely to be set on the story more than before.

All in all, Assassin's Creed contains beautifully designed landscapes and offers an even bigger gameworld than Origins. The landscapes are not only graphically state-of-the-art, but also reflect the efforts of the developers. 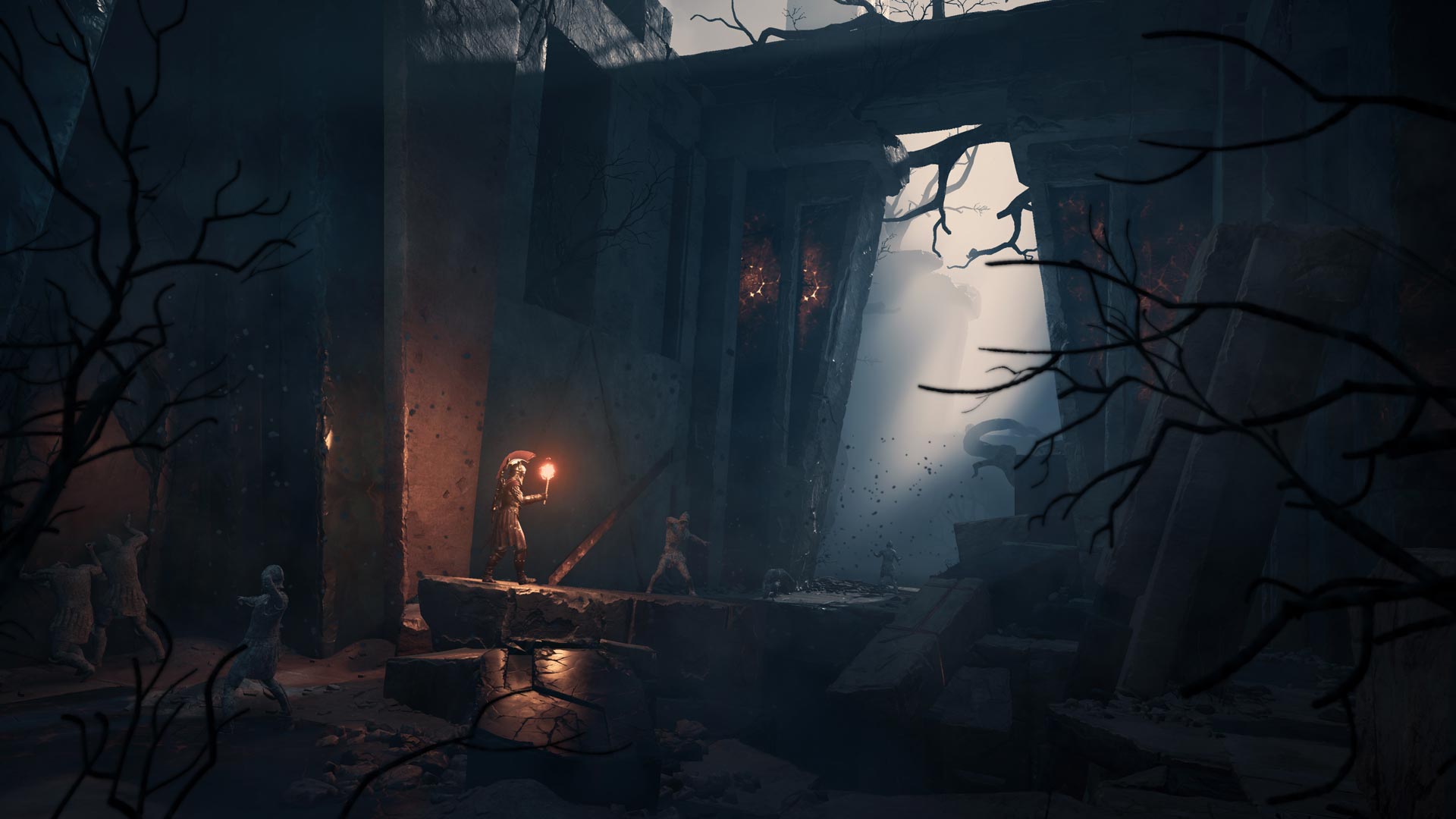 While the recruitment system for NPC's stays similar to the previous games, the player will now have several options to choose from when engaging with other characters. Assassin's Creed: Odyssey offers 13 different ways to interact with NPC's, including being friendly, aggressive, compassionate, hypocritical, or romantic.

Yes, the dialogue options also allow players the opportunity to build relationships with NPC's. You do not only cultivate friendships with well-known personalities such as Socrates, but can also enter into love relationships with certain characters.

It is possible to either have several lovers at the same time during the game, or commit yourself to one partner. Similar to Mass Effect, you can go on certain missions to further develop the relationship with your significant other and get to know them even better. 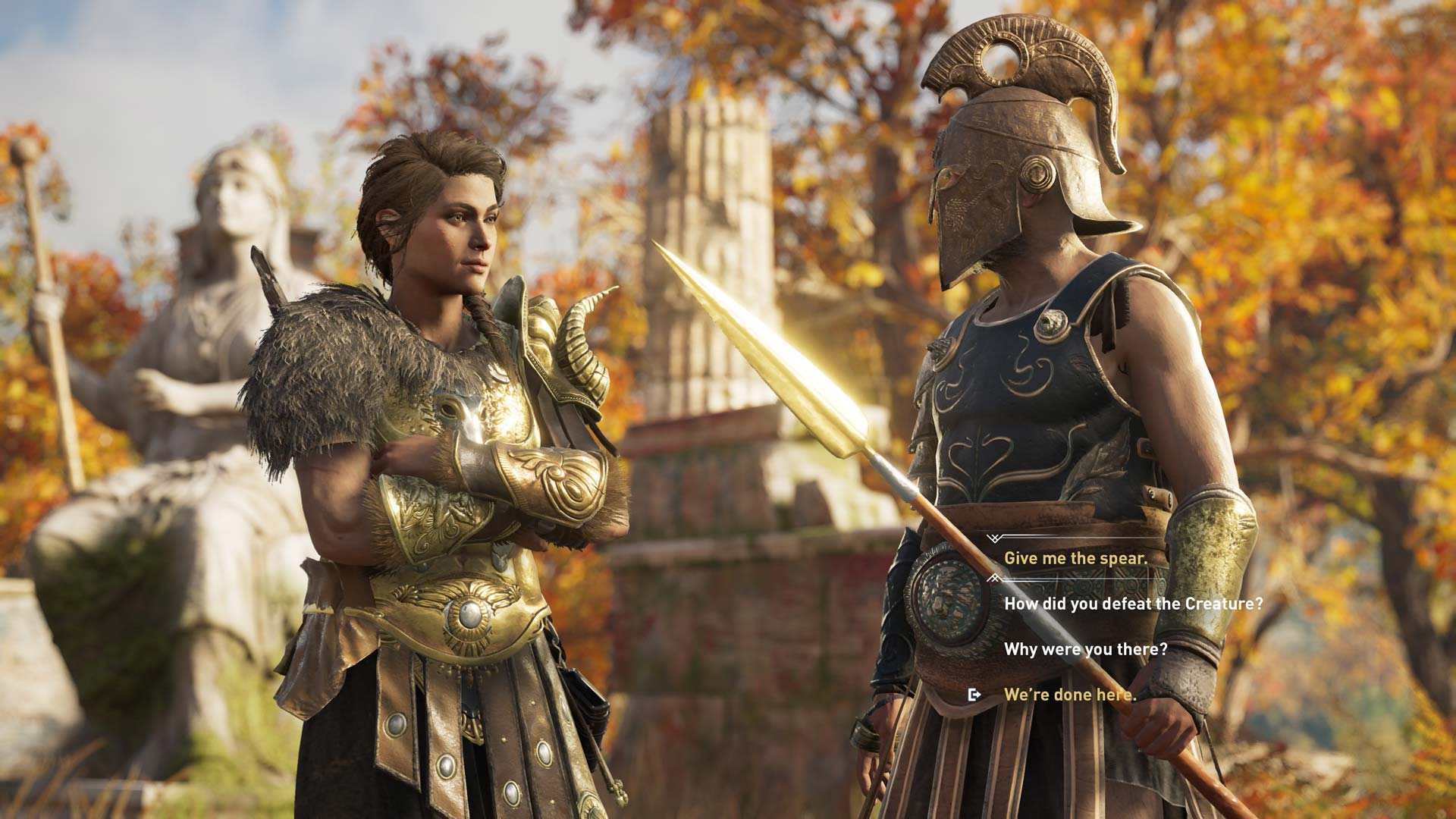 The most important innovations at a glance

· There are two heroes to choose from, Alexios and Kassandra

· Decisions are the central factor in the RPG aspect of the game. They influence relationships with NPCs, the game world, and the outcome of major and minor missions.

· Friendships and romantic relationships with NPCs

· Civilians can be attacked without concern for desynchronization, but they aren't defenceless this time around 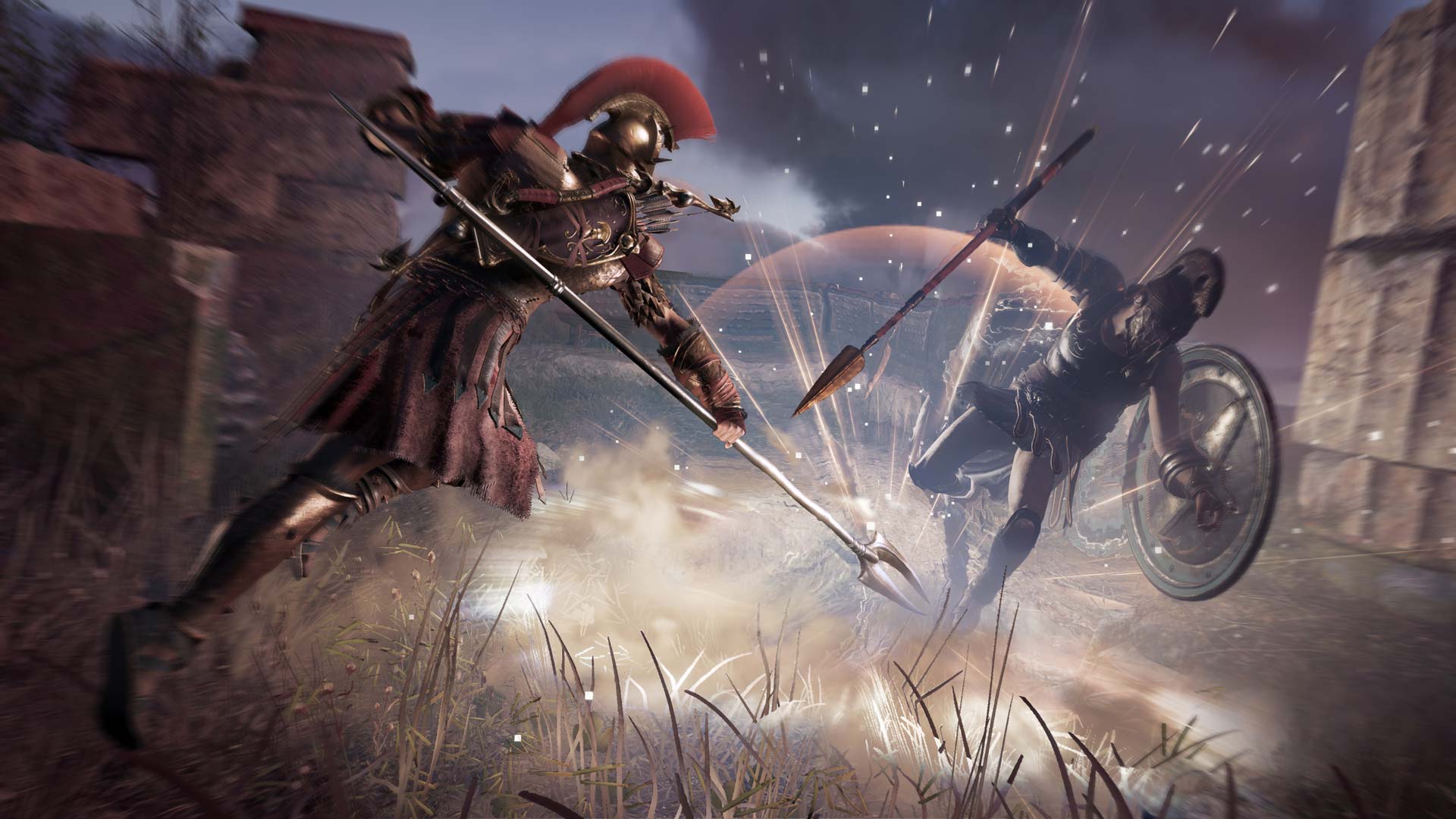 How does the combat system work

The fights are basically the same as in Assassin's Creed Origins, but the creators have refined and slightly changed their system. Players no longer have a shield to defend themselves, but either have to evade or parry enemy attacks. However, instead of relying on just one special attack as in the predecessor, the player now has up to four special attacks available for melee and ranged combat. Some new abilities include:

A powerful kick with which you can not only kick opponents away, but also numb them at the same time.

A reliable ability with which you can tear the shield from the hands of an enemy soldier and throw it away.

You can regenerate a part of your health in battle, as the hero no longer heals himself automatically. But beware: battered enemies can heal themselves in combat as well. 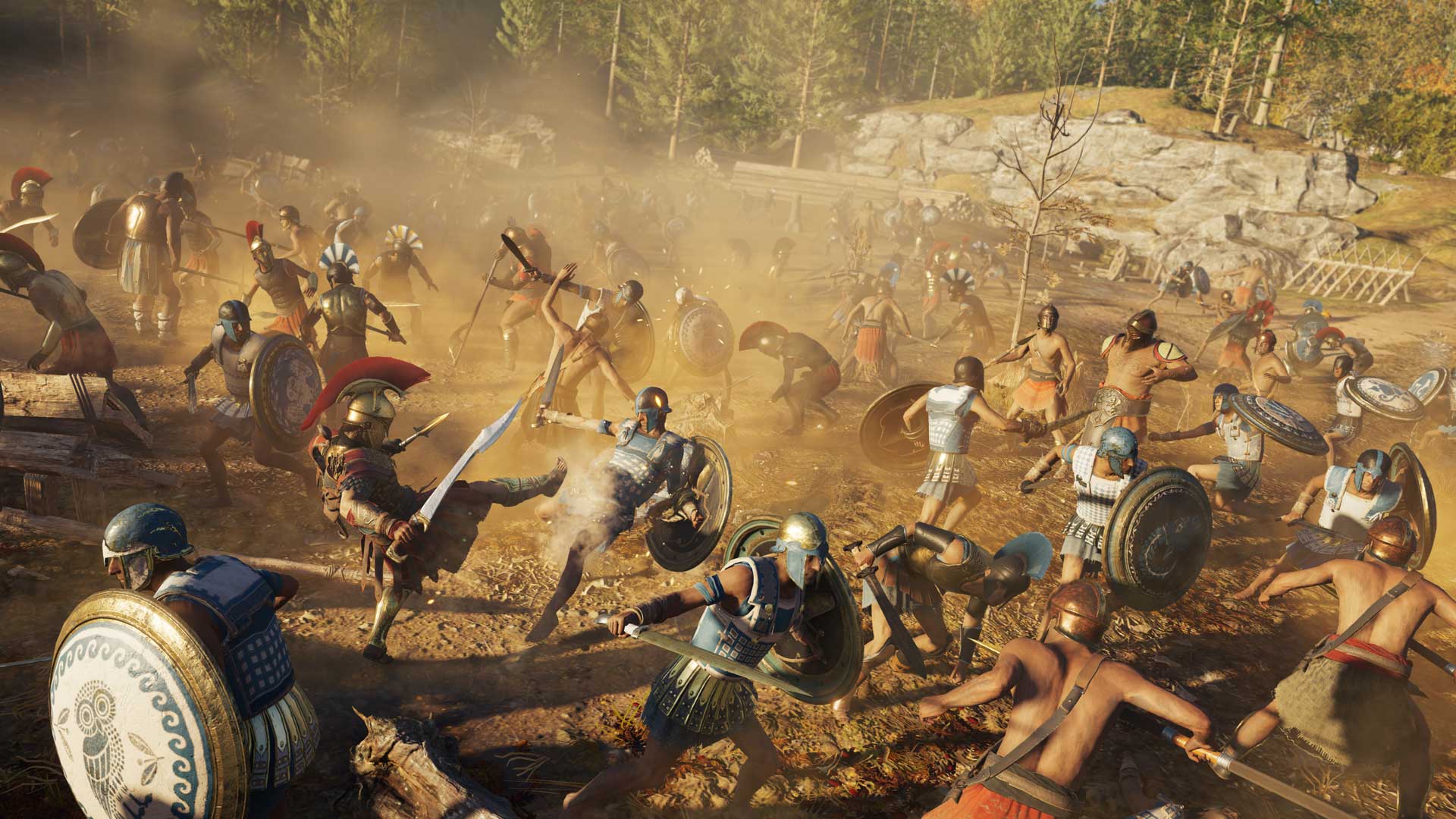 As mercenaries, the player fights on the Spartan side. Little by little, you have to finish off Athenian captains in order to be able to compete against the hero in the end and to decide the battle in your favour. However, there is no special boss fight, only a particularly strong opponent.

With every death on the battlefield, the bar of the respective party that is displayed at the top of the screen decreases. If you don't manage to hunt down enough high-ranking Athenians or let yourself get distracted by simple foot soldiers, your enemies are guaranteed to gain the upper hand. 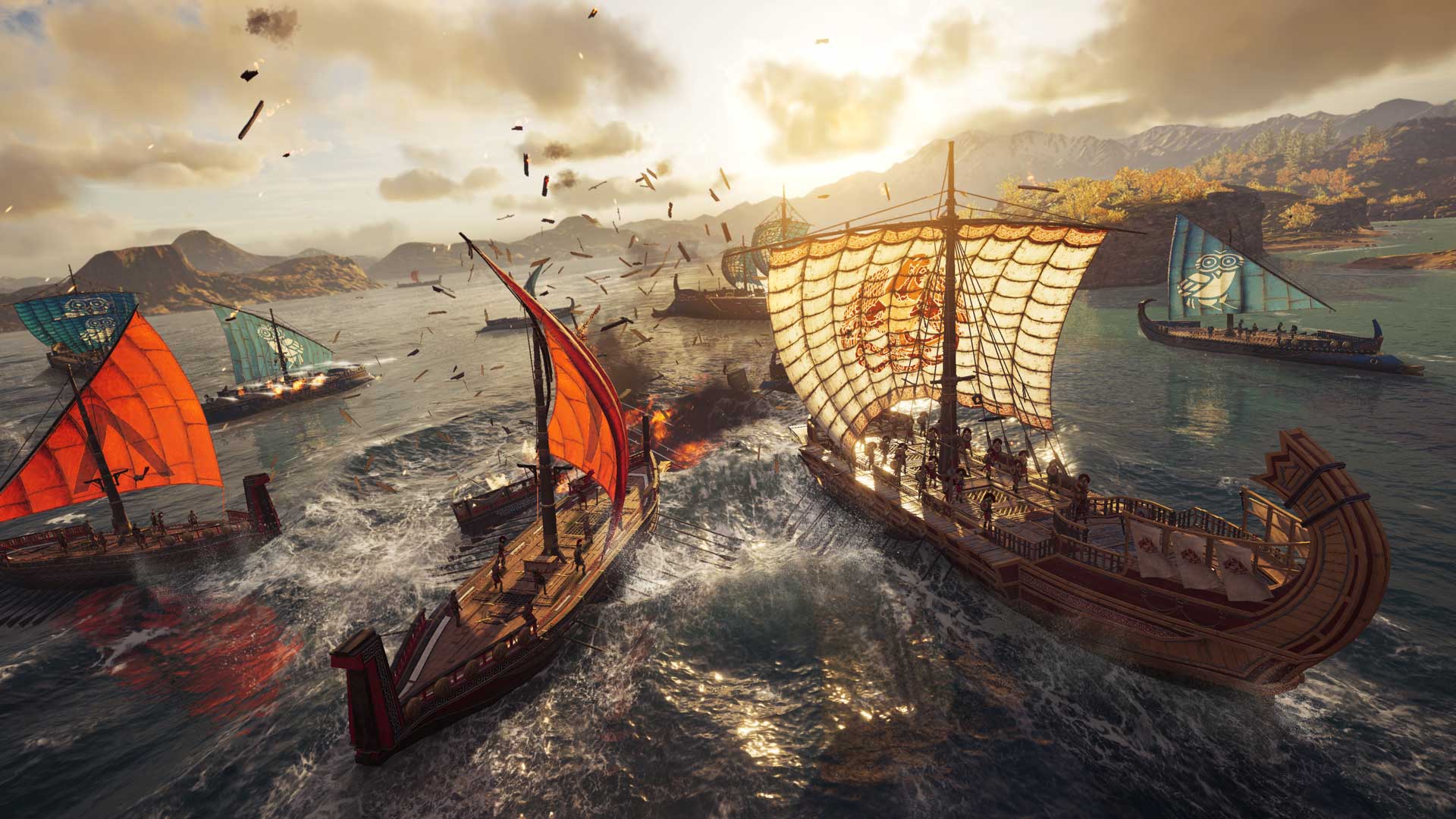 · The ship serves as a headquarter, means of travel and war instrument

· Enemy ships of different strength can be sunk and boarded

· The ship levels automatically with your character

· The ship can be additionally adapted and improved

· Crew members can be recruited by completing special quests

· Jobs can be assigned to crew members

· Transitions between land and water gameplay are fluid

· Many small islands can only be reached by ship

Assassin's Creed: Odyssey will be released by Ubisoft on October 5, 2018 for PS4, Xbox One and PC. Furthermore, the game will be supplied with DLC's after the release, just like its predecessor.