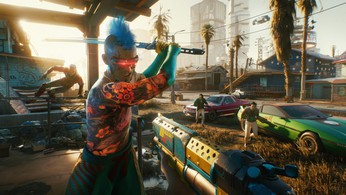 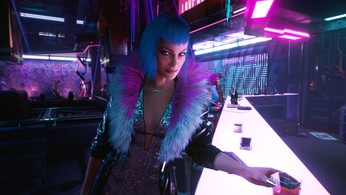 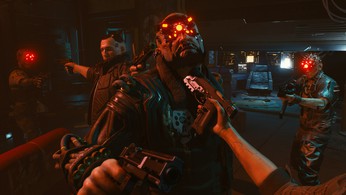 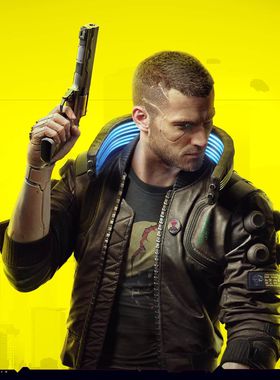 Cyberpunk 2077 is an open-world action-adventure game set in Night City, a megalopolis whose inhabitants are obsessed with power, glamour, and body modifications. You take on the role of V, a lawless mercenary in search of a unique implant - the key to immortality. Your character's cyberware, skill set, and playing style can be customized as you wish. Explore a vast city where your choices will change everything.

Become a Cyberpunk, a city mercenary equipped with cybernetic enhancements and become a legend on the streets of Night City. Enter the vast open-world of Night City, a place that sets new standards for graphics, complexity, and game depth. Take on the riskiest job of your life and embark on a quest for the key to immortality.

Cyberpunk 2077 is the role-playing game based on the 1988 pen&paper template of the same name by Mike Pondsmith. It is developed by CD Projekt Red and uses the Red engine known from The Witcher. The world of Cyberpunk 2077 is technologically advanced, but socially dysfunctional and degenerate - similar to the movie Blade Runner. Players can improve their character with implants and skills, or upgrade weapons with attachments. The story is told non-linearly, resulting in player's decisions having real consequences.

Night City is divided into six regions, which couldn't be more different from each other. The Corporate City Center is the pride of the town, where all corporations are located and everything exists in abundance. Watson is full of small markets and bazaars in narrow streets, while its inhabitants are a mixture of different Asian cultures. Westbrook is occupied by a hard-working mix of middle and upper-class inhabitants, that like to have a good time. Heywood is a huge suburb with an equally big gang problem. Pacifica is the most dangerous region in the whole city. Poverty, gangs, and drugs - chaos is king. Santo Domingo is where the industry lives. This is where all the power stations and industrial plants are located.

The game is expected to be released on the 19th November 2020 and you will be able to choose from several stores and buy a Cyberpunk 2077 key right here from GameGator!

With GameGator, you are able to compare 29 deals across verified and trusted stores to find the cheapest Cyberpunk 2077 Key for a fair price. All stores currently listed have to undergo very specific testing to ensure that customer support, game deliveries, and the game keys themselves are of the highest quality. To sweeten the deal, we offer you specific discount codes, which you will not be able to find anywhere else. This allows us to beat all competitor prices and provide you with the cheapest, most trustworthy deals. If the current cheapest price of $26.24 for Cyberpunk 2077 is too high, create a price alert and we will alert you through email, SMS, or discord the moment the Cyberpunk 2077 price matches your budget.

Can I play Cyberpunk 2077 immediately after the purchase?

What store should I choose for the best Cyberpunk 2077 Deal?