Just in time for Gamescom in Cologne this week, Ubisoft has released a new trailer for Anno 1800 and also confirmed the release date.

In the new trailer for Anno 1800, we see the settlement of South America. A fully loaded ship leaves the port and calls at new shores. It seems that South America will have its own goods and production chains, similar to the Orient of Anno 1404.

But until we are allowed to colonize the new world, we have to wait a little longer than previously thought. Together with the trailer, Ubisoft announced that the release of Anno 1800 will take place on February 26, 2019 - not 2018 as previously assumed. In the game, you will be able to explore the 19th century and relive the time of industrialization, diplomacy and discovery.

While Blue Byte developed the game in exceptionally close cooperation with the fans, the developers apparently also had very much joy with the new setting. This can be noticed with the beautiful design and the attention to detail. 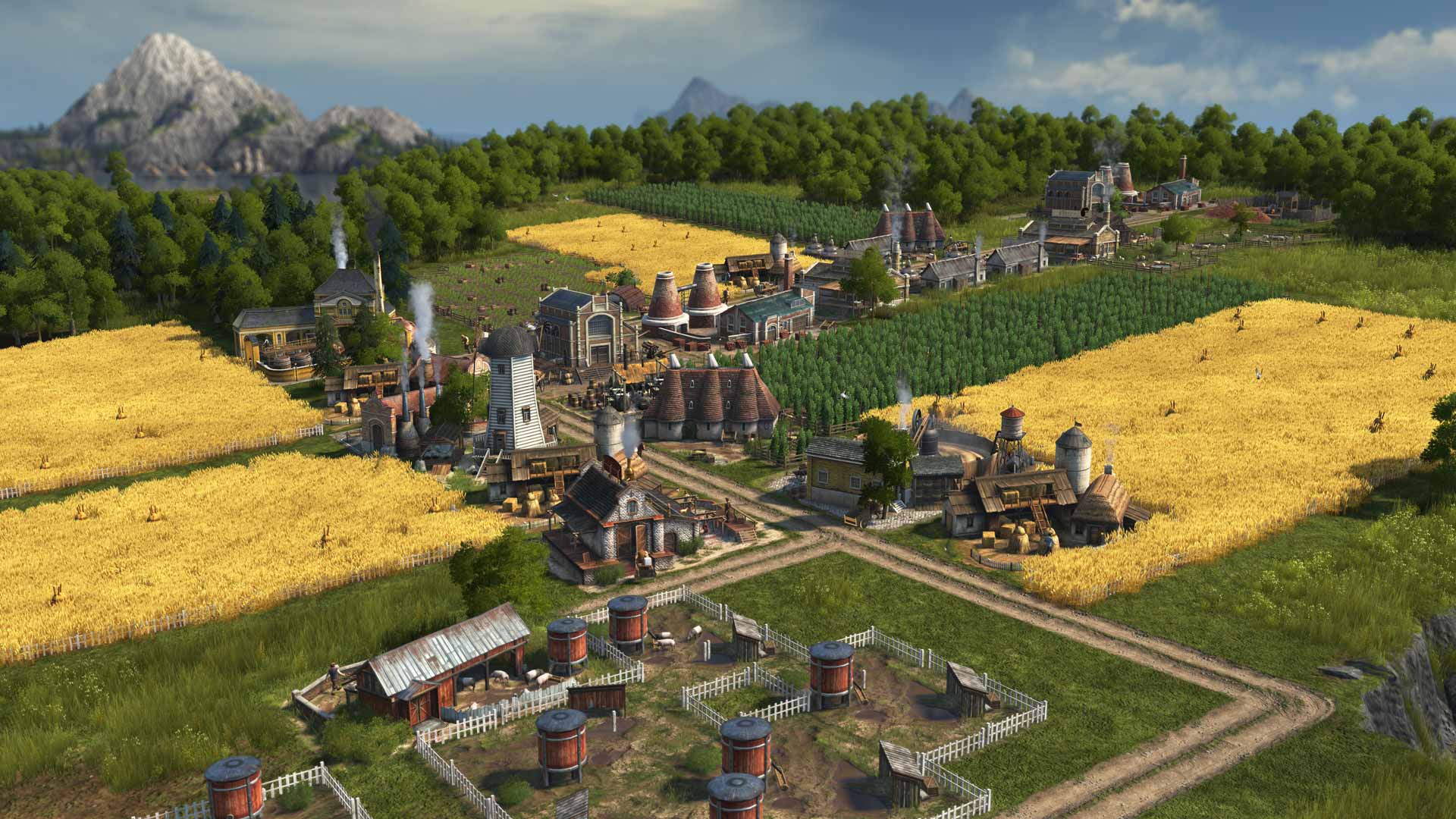 The buildings take the player right back into the 19th century, the map is full of details, even the interface makes a good impression. Together with the artwork in the style of oil paintings of the time, an atmospheric, at first very contemplative world is created, in which you place the first fishing huts, farms and houses in peace.

Anno-like, you can create huge metropolises and plan efficient logistics networks, but you can also settle an exotic new continent and start global expeditions. You choose, whether you want to defeat your opponents through diplomacy, trade or warfare.

All in all, the new part will have to offer the most important features from the 20-year history of the franchise. This is complemented by a story-based campaign and a customizable sandbox mode. The multiplayer part is not to be missed either. 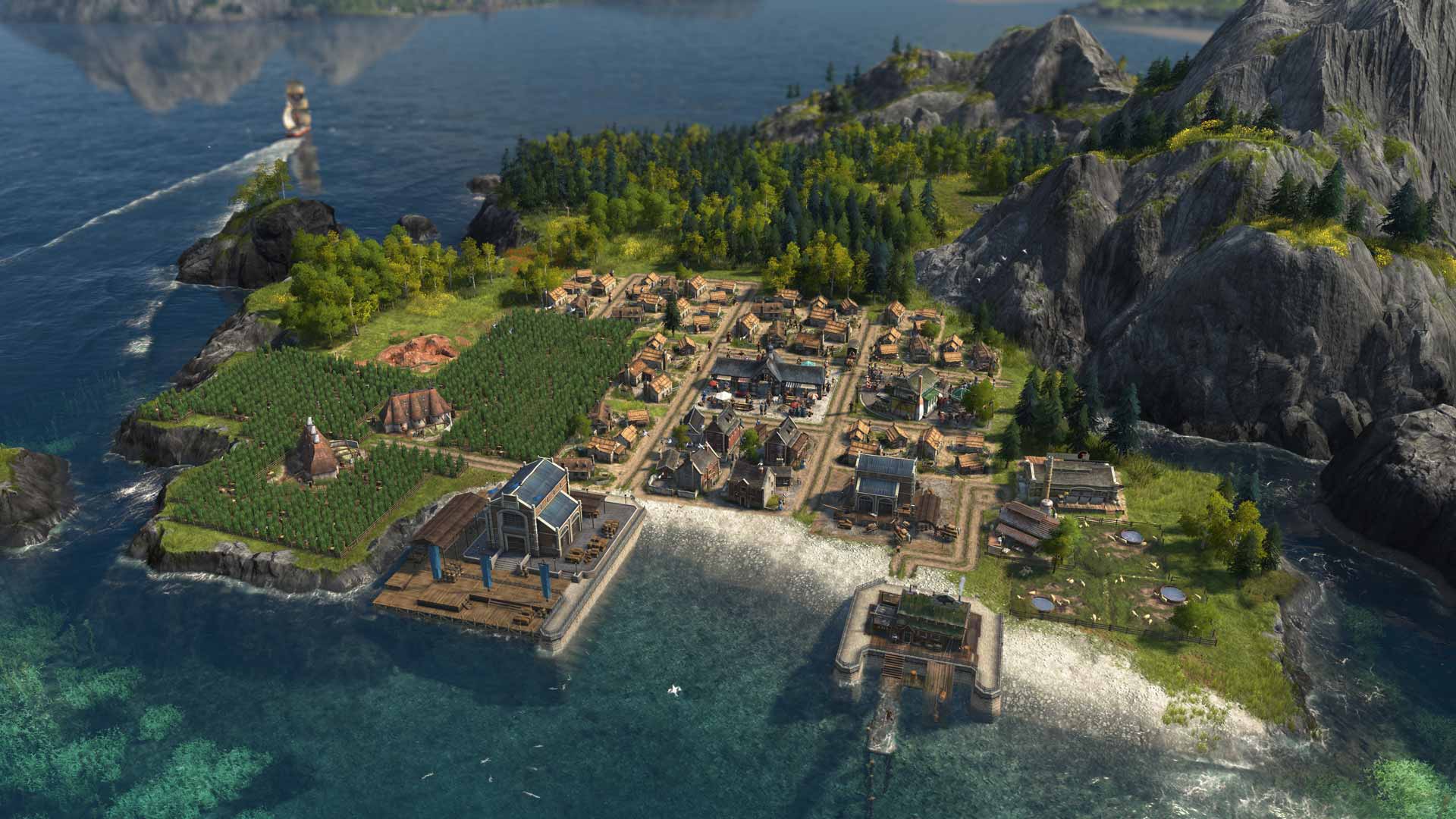 In contrast to previous games of the Anno franchise, you can now decide whether or when to further develop your houses, which was previously done automatically as soon as all the residents' needs were satisfied.

In Anno 1800, however, you have to manage your population yourself. Farms need farmers, while workers, craftsmen or engineers who are employed in more advanced production plants and factories, feel to posh for field and forestry work. This makes sense because operating a mill requires more knowledge than just harvesting fields. 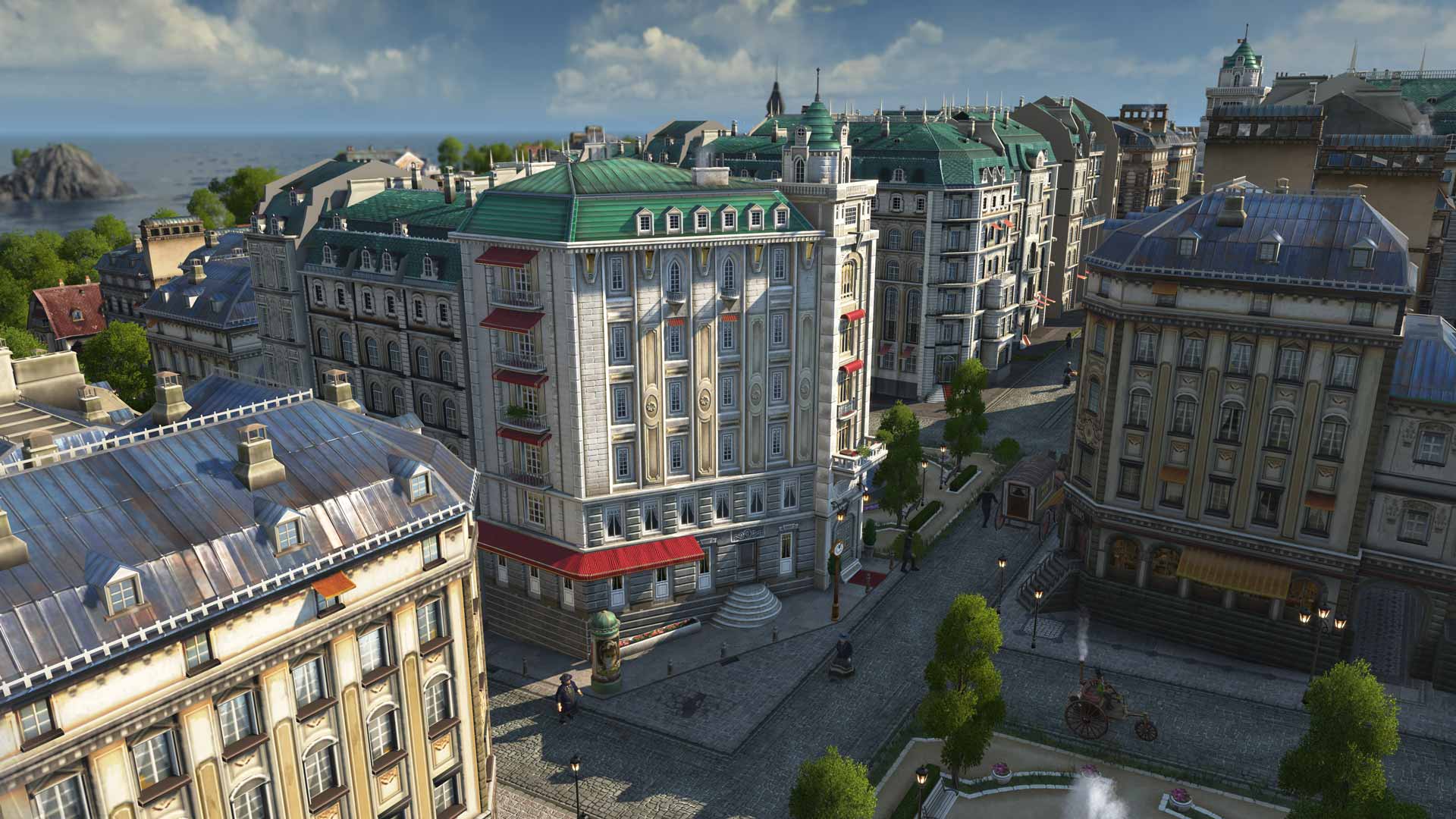 The different layers of society

This is a very interesting system that is surprisingly demanding. Unlike in the past, residents do not just rise quickly in rank themselves, the player also has to make sure that he still has enough workers, for example for factories. Managing these different layers of society is not as easy as it may seem, as Blue Byte has also taken pollution from sci-fi Annos as a satisfaction factor for your city attractiveness. 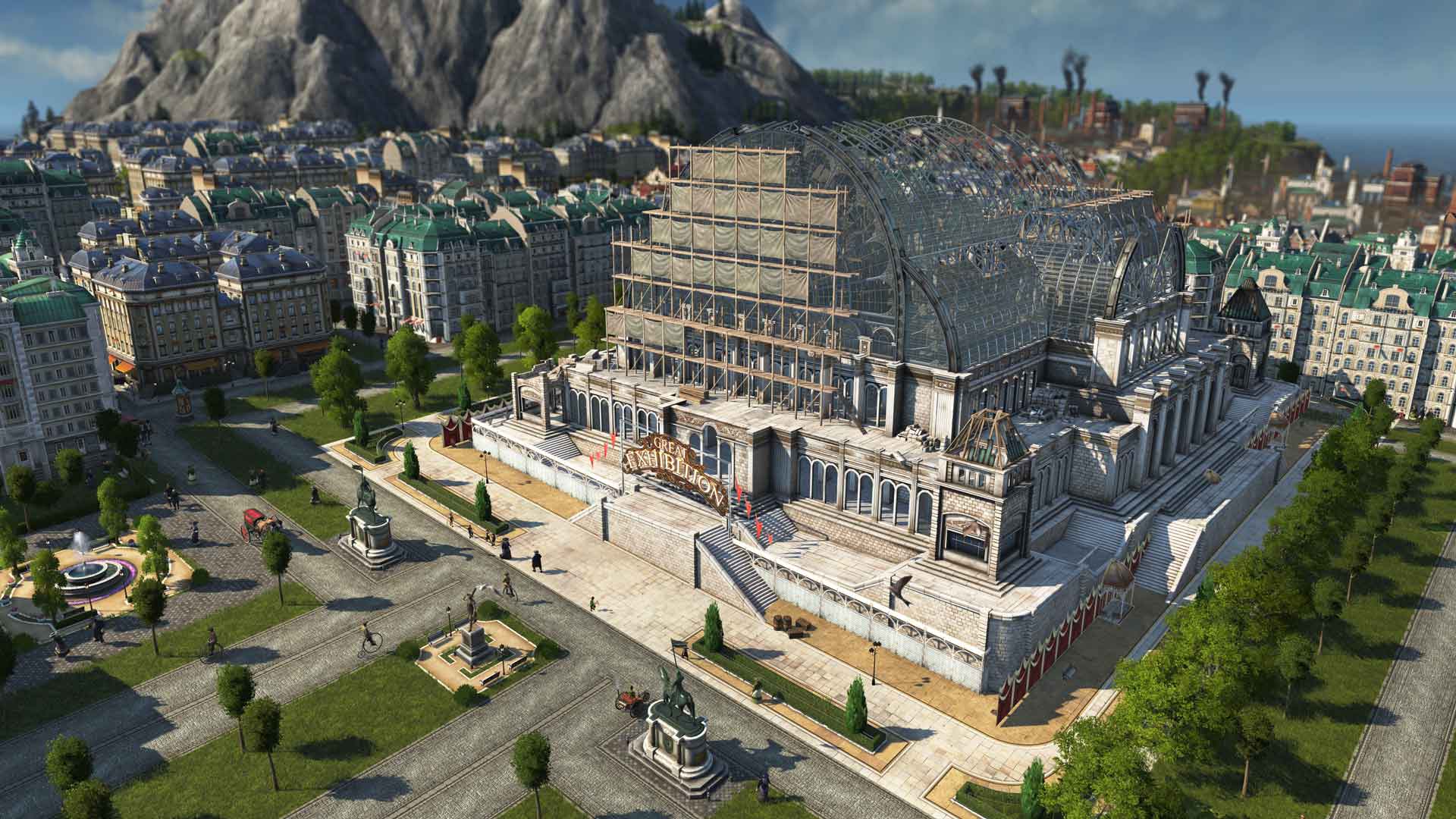 The attractiveness factor is made up of culture, nature, festivities, inelegance, air pollution and political instability. Smell and smoke press on the mind of artists and the higher society. The choice to include these factors is obvious, as the Creative Director Dirk Riegert himself is very much concerned with the authenticity of the game.

As air pollution cannot be technically cleaned up, you will either have to locate your production far away from the centre of the city, outsource it to another island or offset it with special buildings. These special buildings include a museum and a zoo, with which you can boost the attractiveness of your city. Both extend over large areas and consist of the main building and several modules, which you can set free and fill with exhibits or animal enclosures.

In conclusions, players will have to manage significantly more islands than in the past because the buildings are also massively larger. If you build a mine, you need a coal pile and a blast furnace to boil the iron ore into steel. The steelworks are also very large, about the size of six houses next to each other, and are able to refine the iron into steel ingots. These steelworks need craftsmen, who require rum, nicer clothes and more entertainment, once again showing the importance of building your city the correct way. 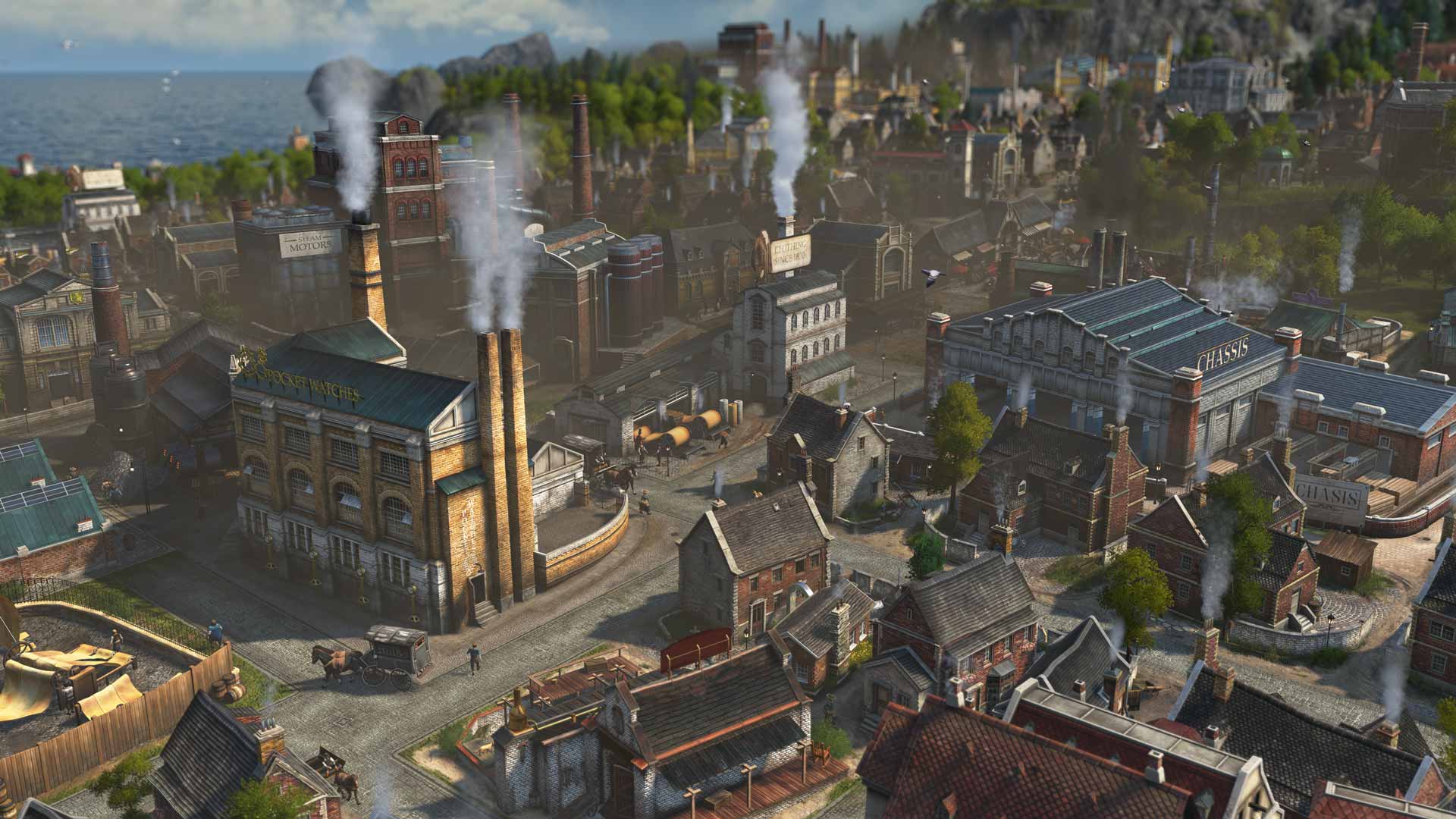 The higher the class, the less manpower you will have because artists and investors don't like doing the hard work. They further demand not only securities in the form of increased police presence, but also commodities, like glass windows for their houses. The need for premium products, makes discovering new worlds a very important part.

South America, in this case, is therefore important to not only acquire goods like chocolate, but of course also to catch wild animals that make one's zoo more attractive. The more attractive your city is, the more visitors will come from outside, docking a steamship and leaving plenty of money in your city's coffers.

Tourism plays a major role in Anno 1800, so one also needs to be careful to leave enough space for parks and green areas, build fountains and other decorative elements. Although these already existed in the past, they now have a direct effect on the attractiveness and thus the income. 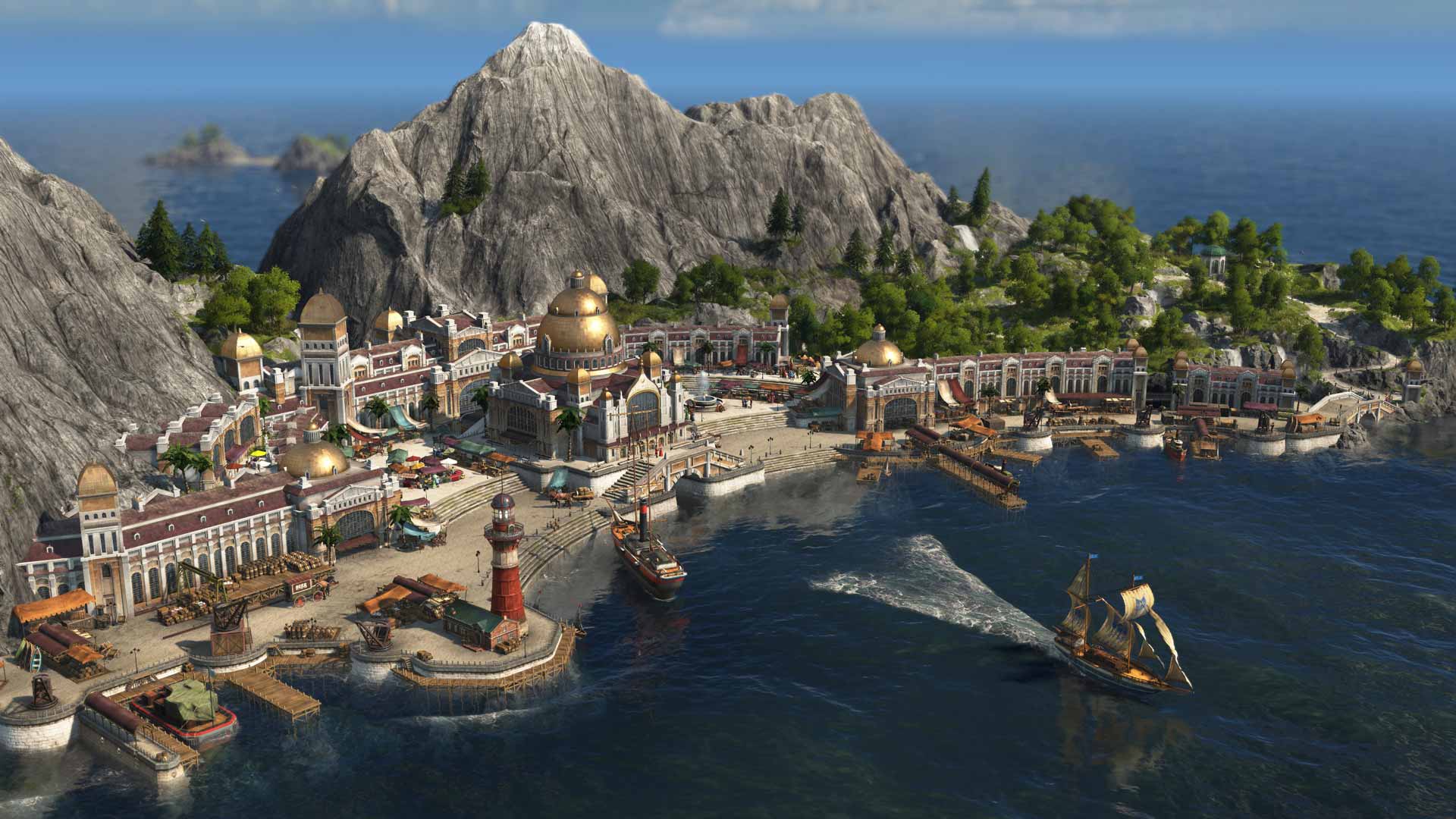 Seafaring is particularly interesting and extensive because it develops much more strongly than in earlier parts. The player starts with dinghies, transitions to three-masters and is finally able to discover steam navigation, which makes the trade and the supply of other island groups much more efficient.

Furthermore, the focus of warfare is on the high seas, while discovering and conquering the New World as a colonial power is also a core element. Oil is a much needed good, which one can only find in South America. And large quantities of the black gold are needed to power your power plants! Without electricity, the player does not stand a chance of reaching the highest levels of development.

The foundation stone for exploring the new world s laid by the discovery ship, which can be equipped with a captain, a diplomat, a clergyman, or other specialists. Depending on who you choose to take on your ride, you will get different possibilities within the multiple-choice dialogues with foreigners you encounter on your journeys.

The clergyman, for example, can try to convert a Mayan or Indian tribe, while the diplomat can suggest a wedding to forge an alliance. 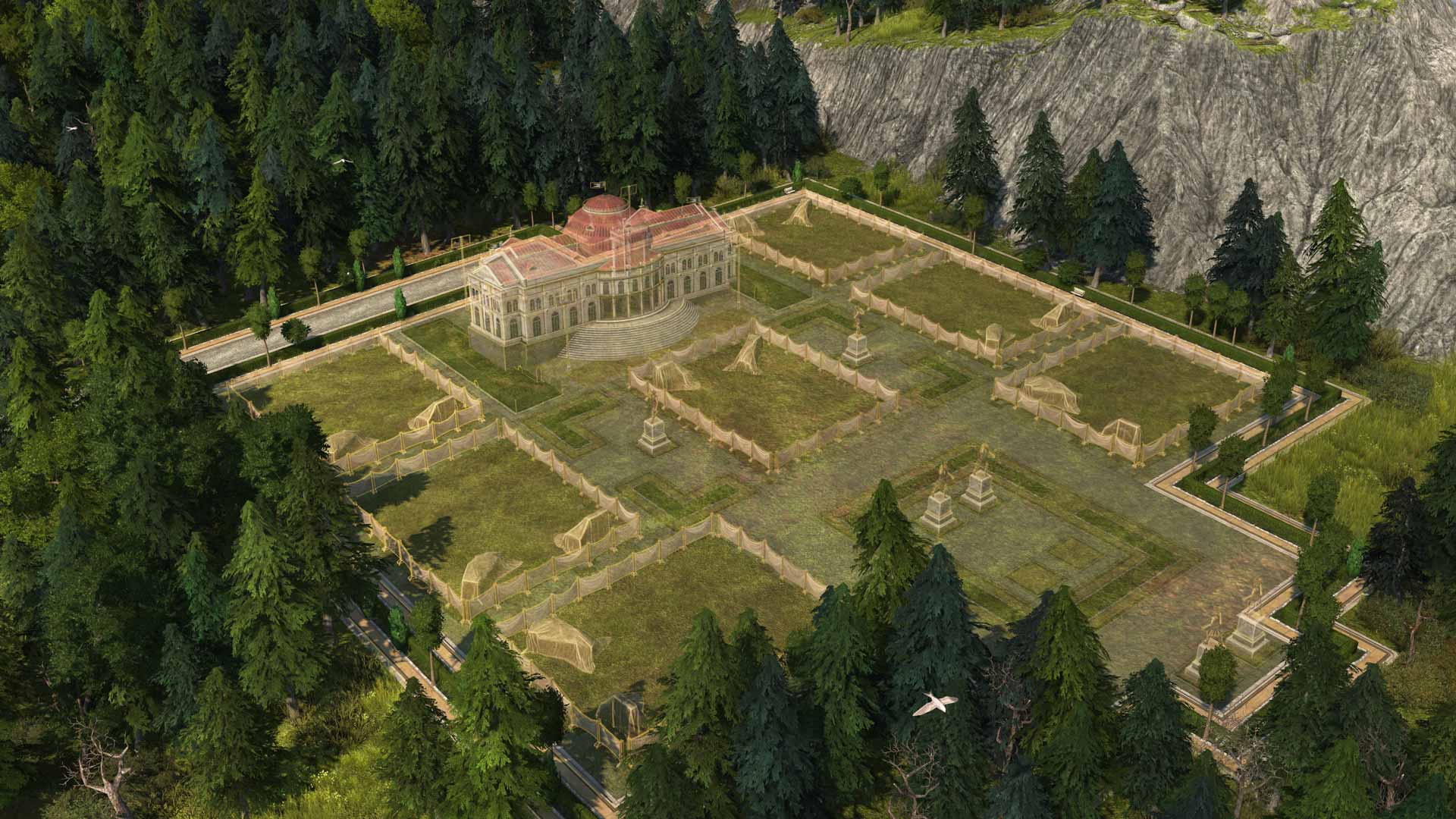 The new blueprint mode will help players plan their city. This allows you to place buildings in the landscape as a blueprint, without having to spend any resources. This way, you are able to keep the necessary building sites for schools, inns or even the large museum and zoo complexes free and build them only when you have gathered all the necessary raw materials.