Battlefield 5 is official! Publisher Electronic Arts and Swedish developer DICE have unveiled the next installment in its shooter series.

Along with the good news, a Reveal trailer has been released, which shows gameplay scenes and the new old Second World War setting. The trailer shows footage in the alpha stage of an Xbox One (X). Naturally, the Frostbite Engine is used. The engine is able to bring more realism to the game, such as refined ballistics, a Ragdoll system and the calculation of pressure waves.

While crawling through mud and constant rain showed a bleak gaming experience with Battlefield 1, Battlefield 5 now feels quite different at its premiere event in London: Friendly, almost harsh colours meet with a fast-paced, effect-heavy production one would rather expect in a game like Call of Duty: Black Ops 4.

But the mass of explosions should not only playfully portray "Saving Private Ryan" or "Band of Brothers", but moreover show what the Frostbite engine can do. The developer DICE has taught the engine a whole new set of technical tricks.

Apart from the console game Battlefield 1943 of 2009, the series returns to its roots in terms of setting after almost 16 years. In September 2002, Battlefield took place in 1942. It was able to establish itself next to Counter-Strike, Call of Duty and other popular shooters and build its own player and follower base. After excursions into the Vietnam War, the modern age, the future and most recently the First World War (Battlefield 1), Battlefield 5 is again based on the events taking place between 1939 and 1945. The German side will indeed be playable, but EA and DICE forego the presentation of swastikas and other anti-constitutional symbols of the Nazi era. 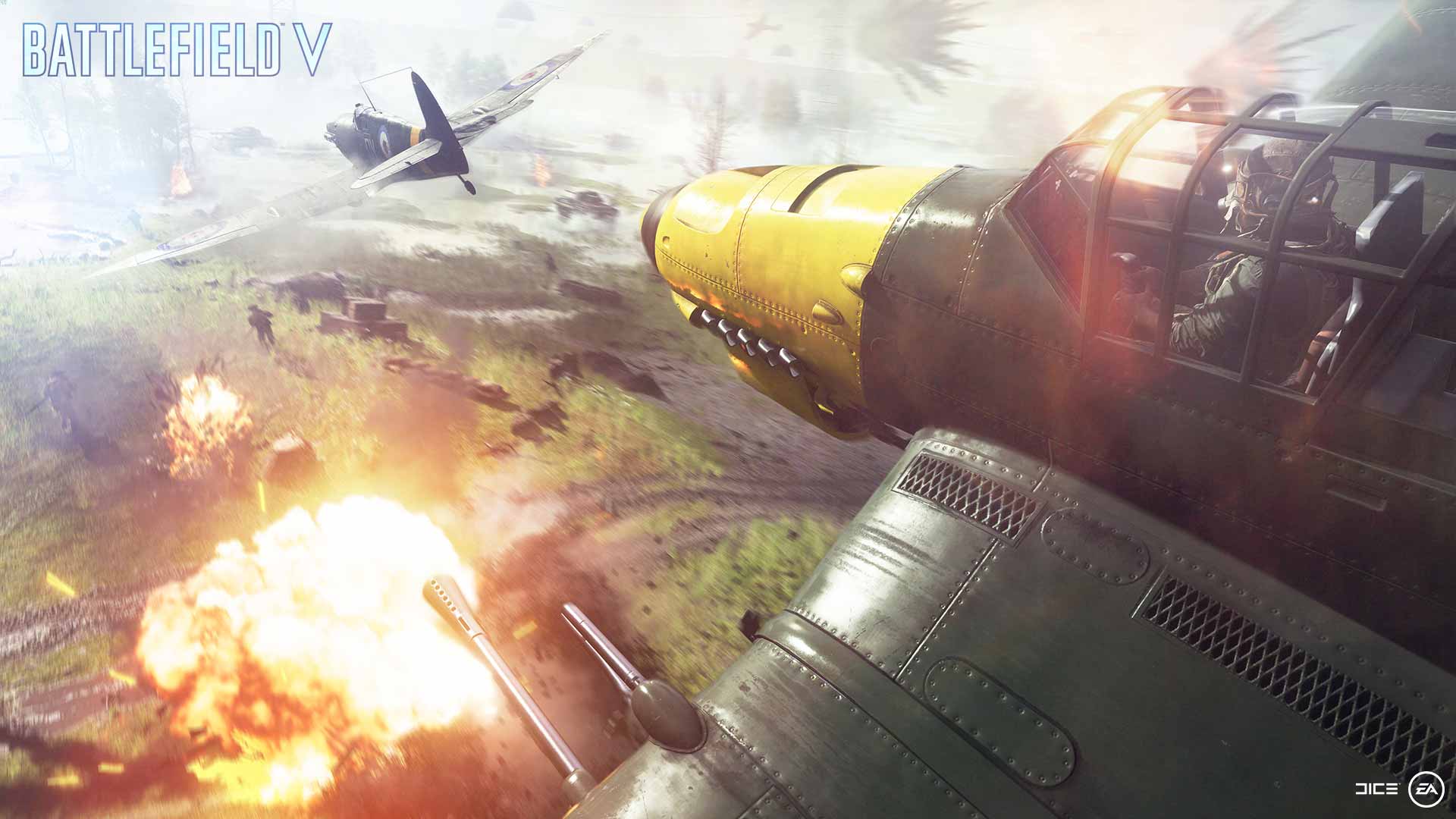 As with Battlefield 1, the singleplayer part will consist of War Stories. Instead of a single, coherent story, there will be several small episodes across the globe. The heart of the game, however, will be its multiplayer mode. Against the trend, EA does not rely on the Battle Royal mode of PUBG or Fortnite. In addition to classic modes such as conquest or Deathmatch, there will also be so-called "Grand Operations".

Release, Pre-order and Deluxe Editions of Battlefield 5 will be released on October 19, 2018, for PC, PS4 and Xbox One. According to the Origin website, PC users must meet the same system requirements as for Battlefield 1. Anyone who pre-orders Battlefield 5 will be granted earlier access to the open beta test. A date for the beta test hasn't been released yet, but experience has it that it will be around four weeks before release.

Want to get Battlefield V for the cheapest price possible?

Make sure to have a look at our price comparison.