Almost exactly one month after the release of the extension Lost on Mars, the next DLC called Dead Living Zombies is just around the corner.

If you have always wanted zombies in the universe of Far Cry, your dreams will soon come true. Ubisoft has just released a teaser trailer that provides us with a first taste of the DLC with a mix of gameplay and cutscenes.

According to current plans, the extension will be released on August 28, 2018.

What happens in the new DLC?

While the first two extensions were taking place in small open worlds and did not go down very well overall, the third DLC could fix this. You will meet the legendary D-movie director Guy Marvel, who is working on his own vision of a zombie saga. The adventure takes you through a total of seven new maps, all of which represent different film scenarios. You will no longer be dealing with the normal universe in which Hope Country is occupied by cultists.

After successfully defeating each scenario, you can compete in score attack mode to earn a 3-star rating and unlock new weapons for your adventures in Hope County. There are also new elements for the Far Cry Arcade editor. 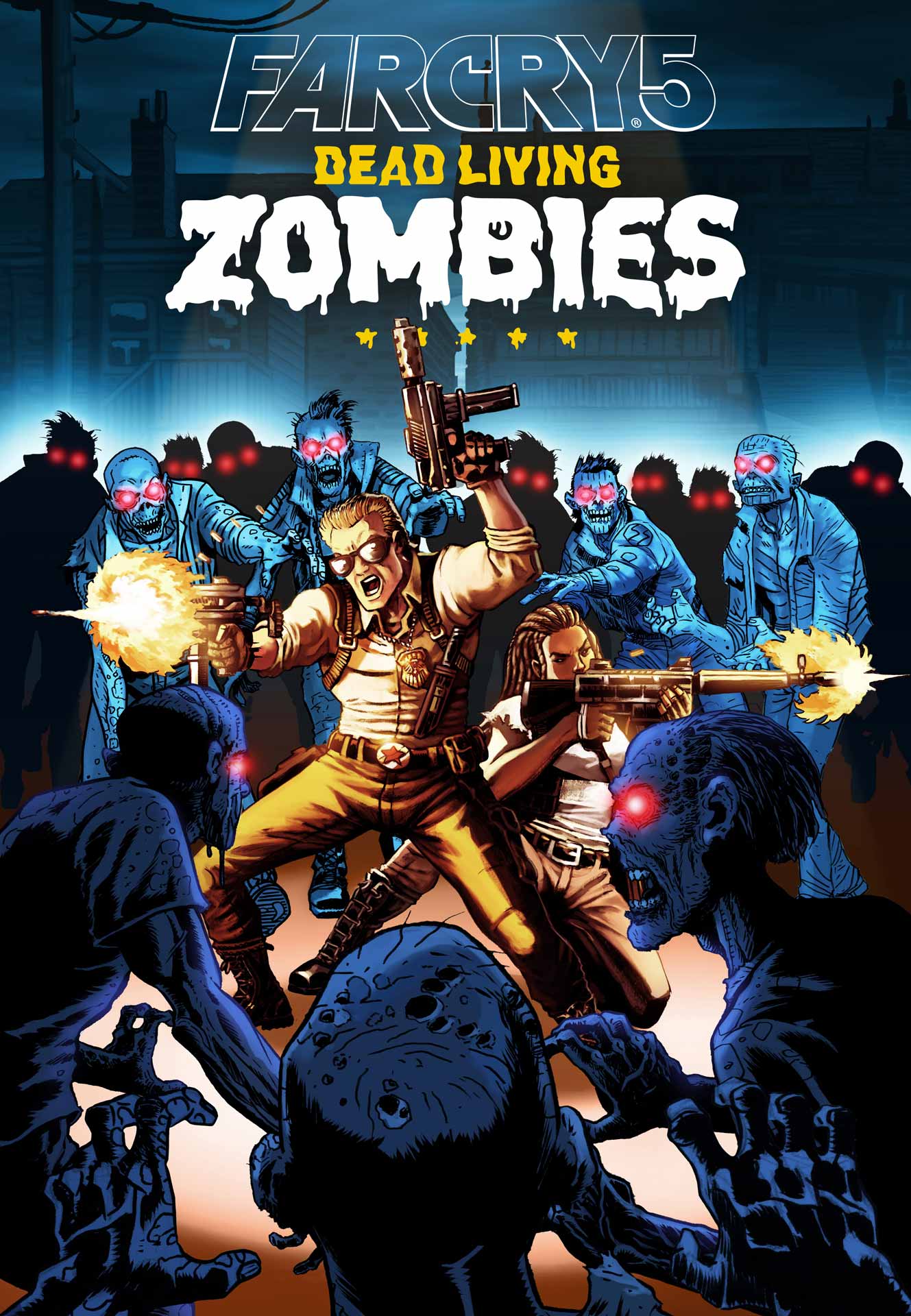 The trailer shows that we will not only be fighting zombies. A shining giant lizard, as already known from Far Cry 3: Blood Dragon, also makes an appearance. As with the previous DLC's, the addon's environment can also be used for the Arcade Level Editor. This way, if you don't like the DLC content itself, you can at least use it to build new maps.

Dead Living Zombies will be released on August 28, 2018, right on schedule with the Far Cry 5 Season Pass for the PlayStation 4, Xbox One and PC.