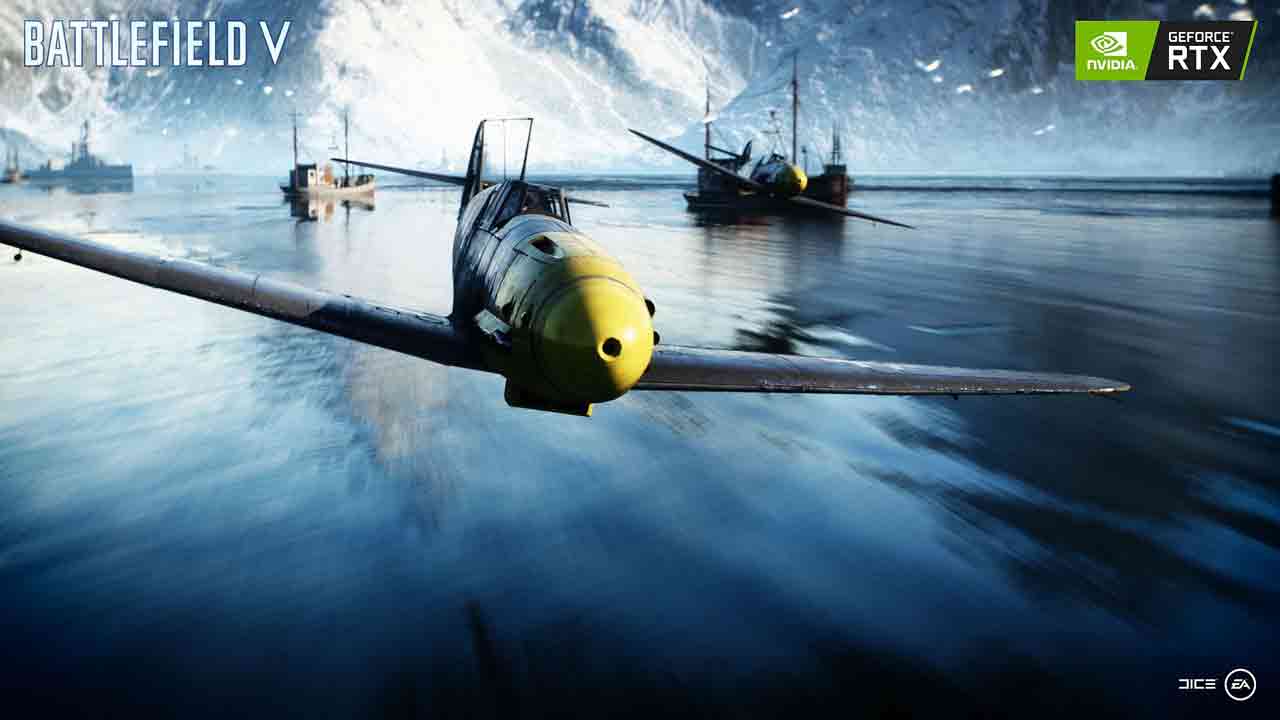 Size isn't always everything. However, many players have the feeling that Battlefield 5 is not doing very well in terms of maps. The decisive factor is the small number of maps that will be available when the game is released. In the beginning, Battlefield 5 will be made available with 8 maps in total.

After an extension of the beta period for Battlefield 5 last week, there is still a lot of feedback from the players for the developers. Among other things, many gamers have raised their voices about there not only being fewer maps but them also being significantly smaller. Rotterdam and Narvik are really not the best examples for big maps and have a strong focus on infantry fights.

DICE has now reacted to these statements by revealing new details about the Hamada map on Twitter. Accordingly, the desert map is said to be one of two maps that have a North Africa setting. Inspired by a strategically significant time between Egypt and Libya, the map was the scene of major confrontations between 1941 and 1942.

Fun for tank drivers and pilots

According to lead multiplayer designer Valerian Noghin, Hamada will offer space for battles in

Especially tank drivers and pilots will be able to let off steam in the desert. Aeroplanes should be able to use an even larger area. A corresponding screenshot, illustrates the scale of the map. Those responsible have also stressed that the map is still under development and that further changes can be made.

This map offers numerous bridges and canals. The narrow alleys of the houses are ideal for fights at close range. Players can tear parts of the city to pieces and use heavy equipment to wreak havoc.

This map is also located in Holland and is part of the Battle of Holland mission in Grand Operations. Dynamic destruction is only waiting for you, as parts of the map change in the course of a match when being fired upon.

A french map, where a soldier can be seen briefly running through fields in France.

These snow-covered peaks are a contrast to the blooming French fields. The map has a central camp with houses, but also other small meeting points. It remains to be seen whether aircraft will be used on the map. The huts would be anything but safe then.

Battles take place in Norway amidst the snow. The map recalls the Battle of Narvik, which took place from April to June 1940. It will offer numerous houses where tactical firefights are possible.

North Africa with massive tank battles and vehicle combat awaits you. The map is inspired by a strategic point between Libya and Egypt.

The second map in North Africa is far less sandy than Hamada, but leads you to a destroyed battlefield with burning and devastated hangars.

In the French countryside, you'll find vast fields and small forests, as well as a huge bridge. This is supposed to be the largest structure DICE has ever made for a battlefield game. The takeover of the bridge will require a high degree of coordination.

Looking for the best price?

If you want to save money, you can find the cheapest price for Battlefield 5 in our price comparison.