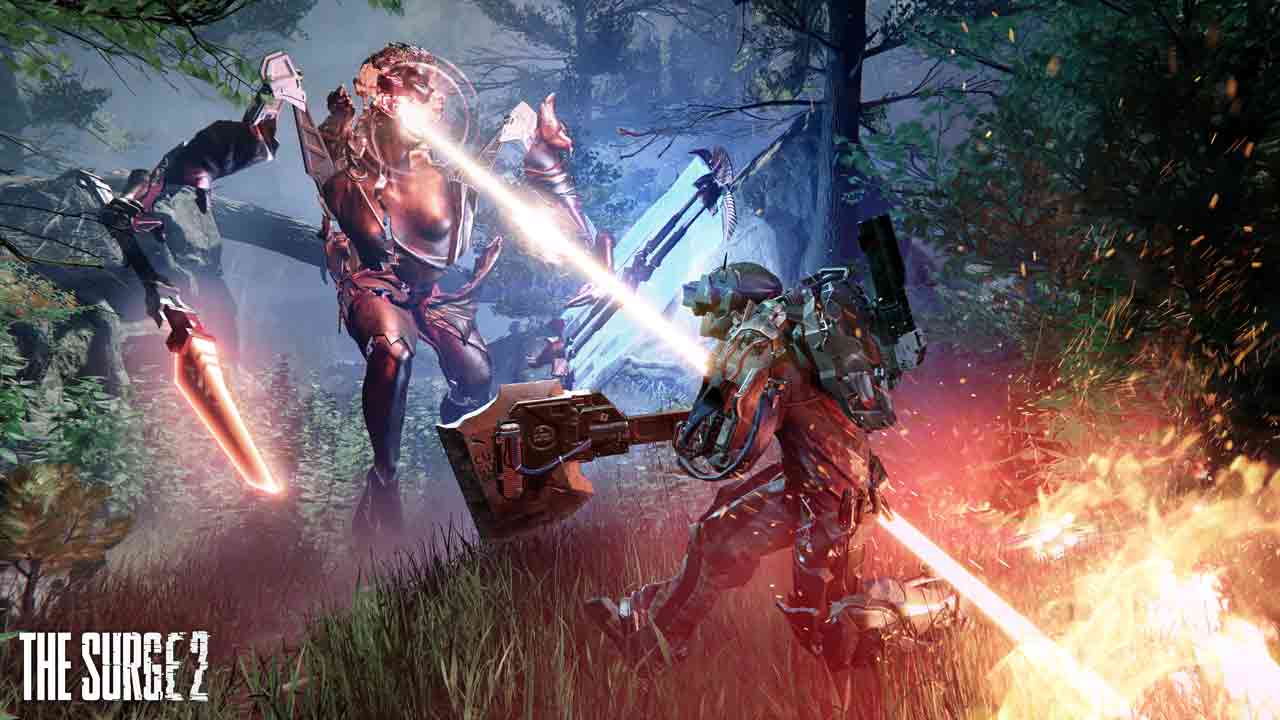 Focus Home Interactive and Deck 13 have released the first trailer with pre-alpha gameplay scenes from The Surge 2 at the Gamescom 2018 in Cologne. The action role-playing game is scheduled for release in 2019 for PC, PlayStation 4 and Xbox One. You leave the CREO factory complex against the story background of an impending technological fall-out. In new, partly urban environments, you meet other characters for whom you can solve tasks, or ally with.

The Surge, a sci-fi action role-playing game with gameplay mechanisms strongly reminiscent of the Dark Souls games, was just released last May. However, while the title proved to be full of potential, the game was released far too immaturely for many players. Therefore, with The Surge 2, Deck13 and Focus Home Interactive want to deliver the game promptly and show off their improvements.

The game plans to hit a similar note than its predecessor, but the setting shifts to Jericho City. This town is under quarantine and seems to be in a bad state of decay, while also featuring big parts of isolated forests that hold several secrets. But don't worry, you don't have to defend yourself against wild animals, but moreover, fight against mechanical creatures and huge cyborgs.

The world of The Surge 2

As in the predecessor, there is a main path to follow, with many hidden paths that are worth researching. There is no talk of an Open World game, but of the developers wanting to provide targeted incentives for exploration. As you can not only find items to help you in battle, you can even discover new areas and audio files that tell you more about the background story of the world.

The developers were particularly interested in the dichotomy between nature and technology. The contrast between the tendrils of nature, which slowly recovers the destroyed sites of civilization, and the technical parts that you find on or around your own body. And with the clever AI, the otherwise dead-looking scenery truly comes to life.

Cut through your enemies

While many might compare the game to Elex, The Surge 2 is a completely different game. Clearly more action-loaded, spatially more linear, only the scenes shown in the demo astonishingly remind one of the post-apocalyptic forests of the Piranha Bytes colleagues.

With part two, the popular attacking of certain body parts returns - on the one hand, in order to weaken the opponent and on the other hand to further use the separated robot parts as your own weapons. But if you aim at the Roboarm equipped with your welding torches, the enemy cyborg will not be happy. In the future, your opponents will react to this approach and then proceed much more aggressively.

However, defeating the tricky bosses is a very satisfying experience. Fights are way faster than those in Dark Souls, but of course, you can also block and dodge enemies. In addition to this, there is now also direction-oriented blocking. If you watch carefully where your opponent strikes and manage to hit your keys in the correct direction while blocking, your opponent will start to sway, making him weak to a powerful counter-attack.

As in Elex, the future of The Surge 2 brings brutal violence, wild machines and unscrupulous scumbags to the world. The character leads an ancient weapon into the field - a heavy two-handed axe - which, however, has been pimped up with plenty of sci-fi equipment. When you choose a weapon, you don't have to fight with it in its pure form. With the simple touch of a button, you can split some axes and swords into two smaller weapons that give you a new, more manoeuvrable moveset. The so-called double duty-weapons: A small feature with a big effect.

It is now not only possible to equip yourselves with detached weapons, but you can also attach them to your drone. This makes your flying companion much more useful than in the predecessor, providing players with a kind of ranged combat. Your drone can be equipped with powerful weapons, such as a laser cannon or even a rocket launcher. But this is also bitterly necessary, because even more than in part one, several enemies will besiege you at once. With the help of the drone, they can then also be attacked from a distance.

This also changes the gameplay in general, because when you face two enemies, you can order the drone to attack one and focus on the other yourself. Even in boss battles, your drone can deal enough damage to become a welcome helper. Furthermore, there are now consumables, like disposable boosts, which, for example, briefly reveal the positions of all enemies.

Warren, the protagonist of the first part, has also been replaced by a new character. He is customizable in every aspect, like gender and appearance. Whether this character will also have an established background story or possibly a connection to the first part was not revealed yet.

The most important changes summarised

All in all, the new features look well-thought-out and will hopefully fit in well with the gameplay. The first impression of The Surge 2 has been positive throughout and gives hope for a great game to be released in 2019.