72 players on one server, live events and changing seasons: Forza Horizon 4 has a lot in store for us. While the game was unveiled at E3 2018 for the first time, the game takes place in England, Scotland, Wales and Northern Ireland. This is contrary to earlier leaks, where Asia was thought to be the next location. Furthermore, the eponymous Horizon Festival no longer takes place for a limited period of time, but runs all year round.

Great Britain has a lot to offer for race drivers. The gentle hills and flat fields in the Highlands are perfect for cross-country races, while the country roads are ideal for exciting duels.

In the trailer, we also saw the centre of Edinburgh. The Scottish capital with its numerous buildings from the times of the Industrial Revolution not only looks great, but the sometimes narrow alleys could even be demanding for a lot of Forza veterans.

Driving through the countryside also sounds tricky: Bogs will be wonderful for dirt track races. If there's a lot of mud somewhere, it's there. Racing on the icy lakes of Great Britain can also be just as challenging. This was already shown in the trailer, which also announced an important new feature of Forza Horizon 4:

While the alternation between rain, hail and sunshine is nothing new in Forza Horizon, this time the entire seasons change. Spring, summer, autumn and winter alternate on a weekly basis and influence not only the look, but also the driving experience and the racetracks themselves. 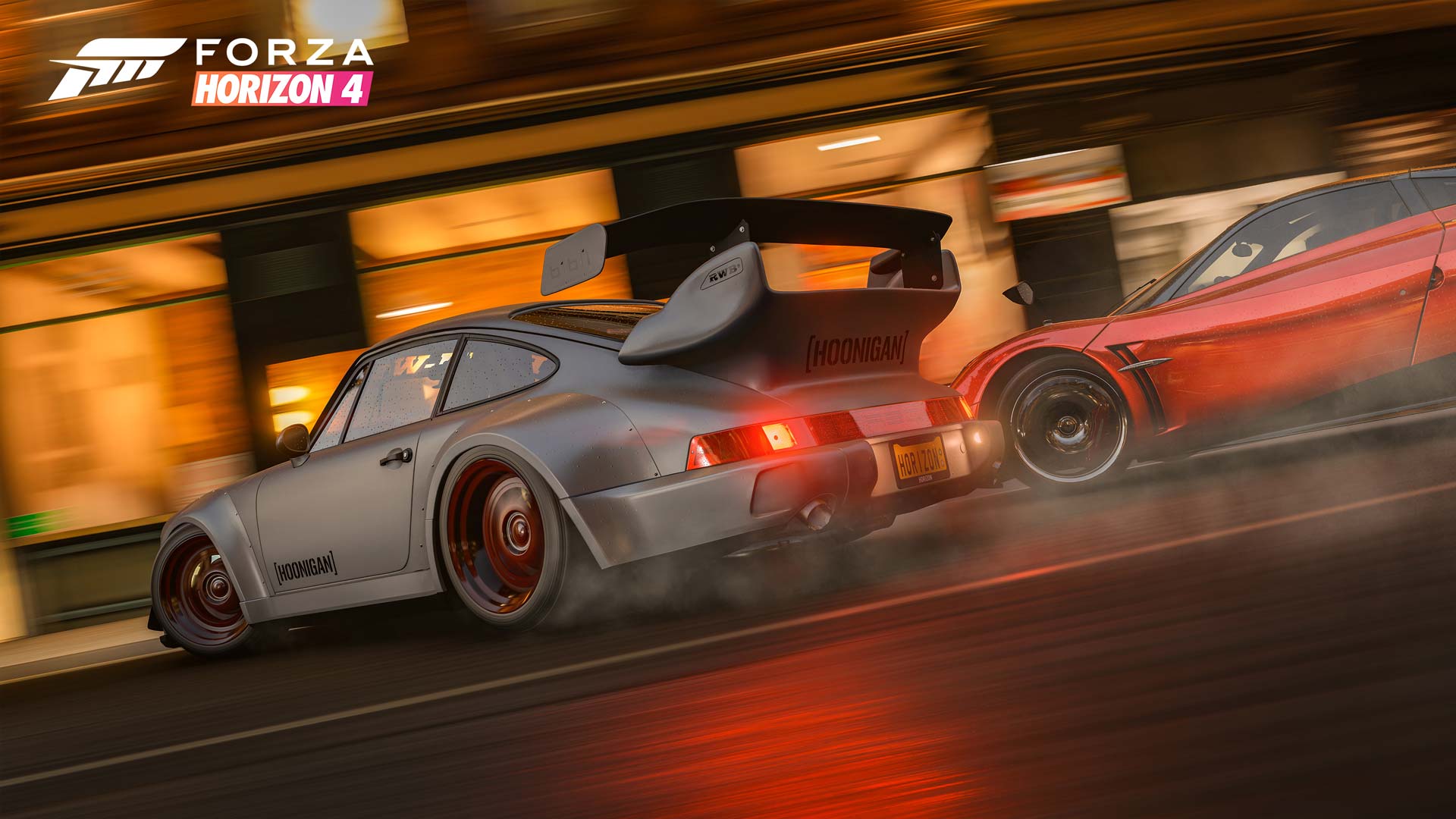 On the one hand, the driving experience will be completely different, on the other hand, the ice and snow will open up completely new opportunities. Races over the many lakes, that are completely frozen in winter, are now possible. Every season will have its own challenges, so that no one is taken advantage of. Every player worldwide experiences the same weather at any time.

This is what the developers call Shared World. As a result, you experience the same weather and find the same tasks on the map as everyone else. 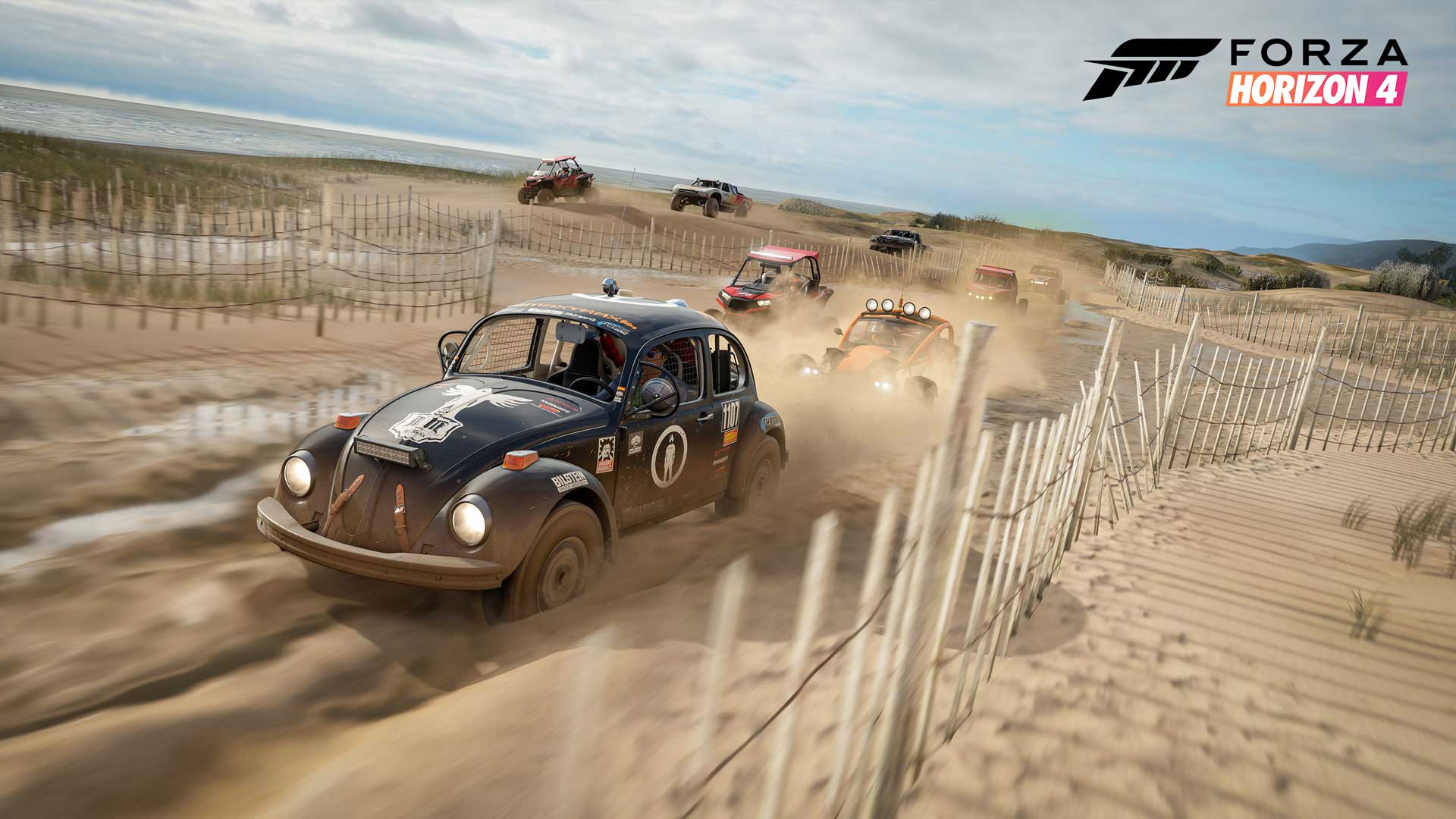 Moreover, every racer you meet is a real person. For the developers, the unpredictable driving behaviour of real players was much more exciting than the controlled driving of NPC's (non-playable characters).

But don't worry: The developers have foreseen the risk that the player could land on a whole server full of trolls. In the Open World, you can't ram other (real) drivers or push them off the road - Unless you play in cooperation with your friends: You can crash into each other's cars as often as you want.

Just remember, that you probably won't be staying friends for too long. :) 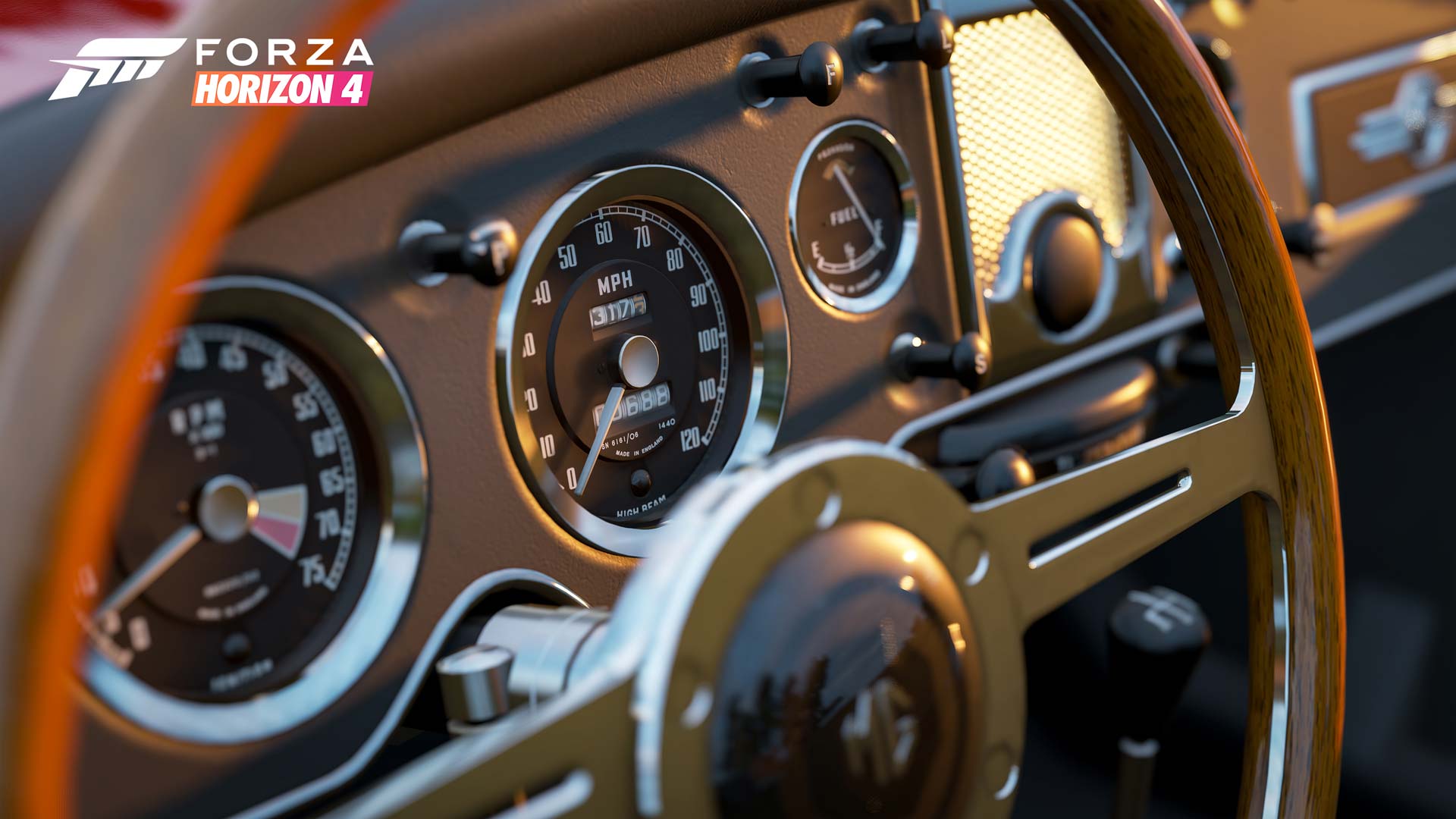 Furthermore, the developers unveiled the Forzathon, a new event system in the game. Similar to Hitman 2's Elusive Targets, these are tasks that can only be completed for a certain period of time. For example, players need to perform a series of stunts in the area of responsibility or complete a special route.

The mode in which the player has to drive one or more riders through the area while working for a taxi company should be particularly interesting. The game mode sounds like a lot of fun and very similar to Crazy Taxi.

Forza Horizon 4 will be released exclusively for Xbox One, Xbox One X and the PC on October 2, 2018. Want to start racing through the British countrysides? You can compare all prices for Forza Horizon 4 here.