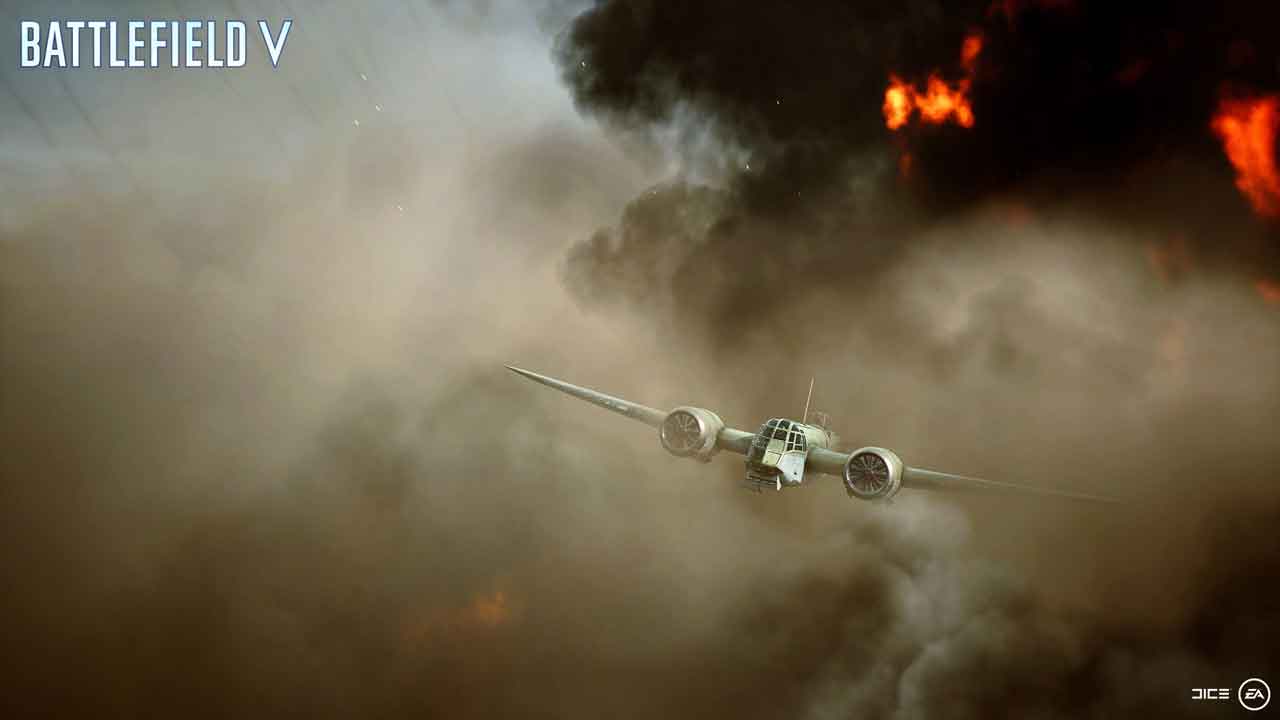 Electronic Arts and DICE have just released the Gamescom trailer for Battlefield 5. While many explosions and fast cuts characterize the video, it also features a surprising ending.

The trailer and gameplay footage help provide an insight into a previously untold and unknown side of the Second World War. The battle takes places on the new Rotterdam map, with action on the Dutch roads and city as the German Wehrmacht tries to capture it.

As the trailer progresses, it becomes very clear how the dynamic destruction is changing the environment. Collapsing buildings and battles in confined spaces seem to be a big feature in the upcoming game, serving to make every battle unpredictable and different.

Furthermore, after the main part of the video finishes, we are shown some scenes from the upcoming Battle Royale mode for the first time.

We get to see the battlefield from the air, where a huge wall of fire, which is most likely representing the Zone, is constantly approaching the few survivors. Although nothing has yet been confirmed about the inclusion of vehicles in the game mode, there is also a tank moving alongside the soldiers on foot.

DICE has emphasized several times in the past, that the mode should play differently than what players have come to know from today's Battle Royale games.

An advanced movement system including jumping, sliding and vaulting will allow players to better navigate the battlegrounds and feel even more immersed.

Advancing and playing objectives will earn your squad reinforcements, like the V-1 rocket with its devastating blast.

A map set during the initial invasion of France, featuring countrysides and open marches. The giant bridge in the middle of the map plays an important role.

This is one of the two North Africa maps that will be available at launch. The trailer makes it look like vehicles play an important role here.

Players will be able to customise their vehicles to fit their unique play style. This not only includes performance upgrades, but also visual customizations.

The game will be released on October 19 for PC, Xbox One and PlayStation 4. If you are excited about the game and want to preorder it, you can find Battlefield 5 cheap through our price comparison tables.