After things got a little quiet around the hero shooter Overwatch lately, major innovations are coming soon. Speculations are going crazy within the community: Who will be the soon to be appearing hero 28? Or is there a new map about to be released?

A new tweet of the Overwatch account sparked lively discussions among fans. The tweet by Blizzard Entertainment shows a teaser, a relatively short video, which leaves massive room for speculation.

What does it all mean?

The video shows the wall of an empty alley. Among other things, a cardboard box and a ball are in the foreground. Besides the objects on the floor, you can see a picture of Lucio, propaganda against Omnics and a picture of a monkey. Speculation has it, that the latter indicates that Hammond could appear as hero number 28.

Two weeks ago, evidence on Overwatch's PTR server rose, that Hammond had disappeared from his Lunar Colony quarters. He is considered a friend or at least a companion of Winston, who has been a playable character since the beginning of the game. Blizzard had already prepared previous hero announcements exactly in the same way. After all, it has also been three months since Brigitte was introduced as a new hero. 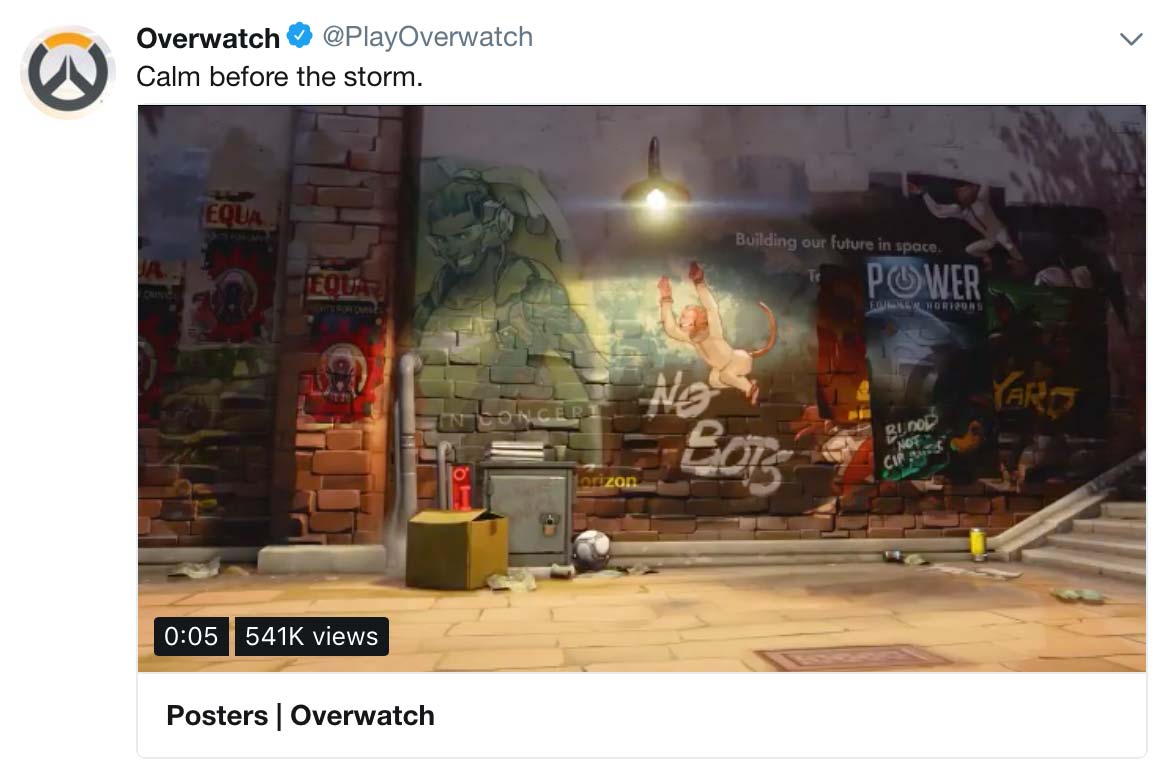 In addition to the six-second video, the tweet only shows the sentence "Calm before the storm". However, since all you can see in the video is a wall full of graffiti and posters, the teaser may not indicate a new character at all - a new map update might also be likely.

With nothing officially confirmed yet, the next days and weeks should certainly be interesting in this respect.

If you don't own Overwatch yet, you can get it for the cheapest prices available here.