Metro: Exodus has a new release date, which was previously postponed by publisher THQ Nordic into the first quarter of 2019. Apparently, the developer 4A Games has been working on the first-person shooter based on the works of Dmitri Alexeyevich Gluchovsky since 2013.

A new gameplay trailer showing the adventures of protagonist Artyom has been released in time for February 22, 2019. For the first time, protagonist Artyom leaves the familiar subway shafts in and around Moscow to embark on a transcontinental journey through Russia. The new title of the series of 4A Games will not only be bigger than both predecessors combined, but also built differently. With fresh air instead of stuffy tunnels and with an open world instead of a narrow underground, the new gameplay trailer shows Artyom and allied Spartans invading the Volga region in springtime.

Although Jamantau in the Ural Mountains is the actual destination, the train ride through the idyllic winter landscapes quickly leads to an unplanned stop. Not because of common railway classics such as signal interference or a defective overhead electricity line, but because the tracks are blocked by people with junk who immediately open fire from the distance.

What the hell's going on?

After a short briefing, Artjom and Anna set off to explore the area and find out where the mysterious shooters come from and why they are so eager to stop the train.

There are not only dangerous bandits, but also crazy religious cults and a huge number of malicious mutants to confront. According to the publisher, the 4A Games team has imitated the landscapes of Eastern Europe in impressive detail, including the fascinating and eerie-looking remains of flooded villages and factories where life had taken a sudden turn 25 years earlier.

It does not take long before the two discover a small settlement at the other end of a river bank. And as luck would have it, the next boat is not far away. While Anna looks for a good sniping position to keep an eye on everything, you approach the artificial island. 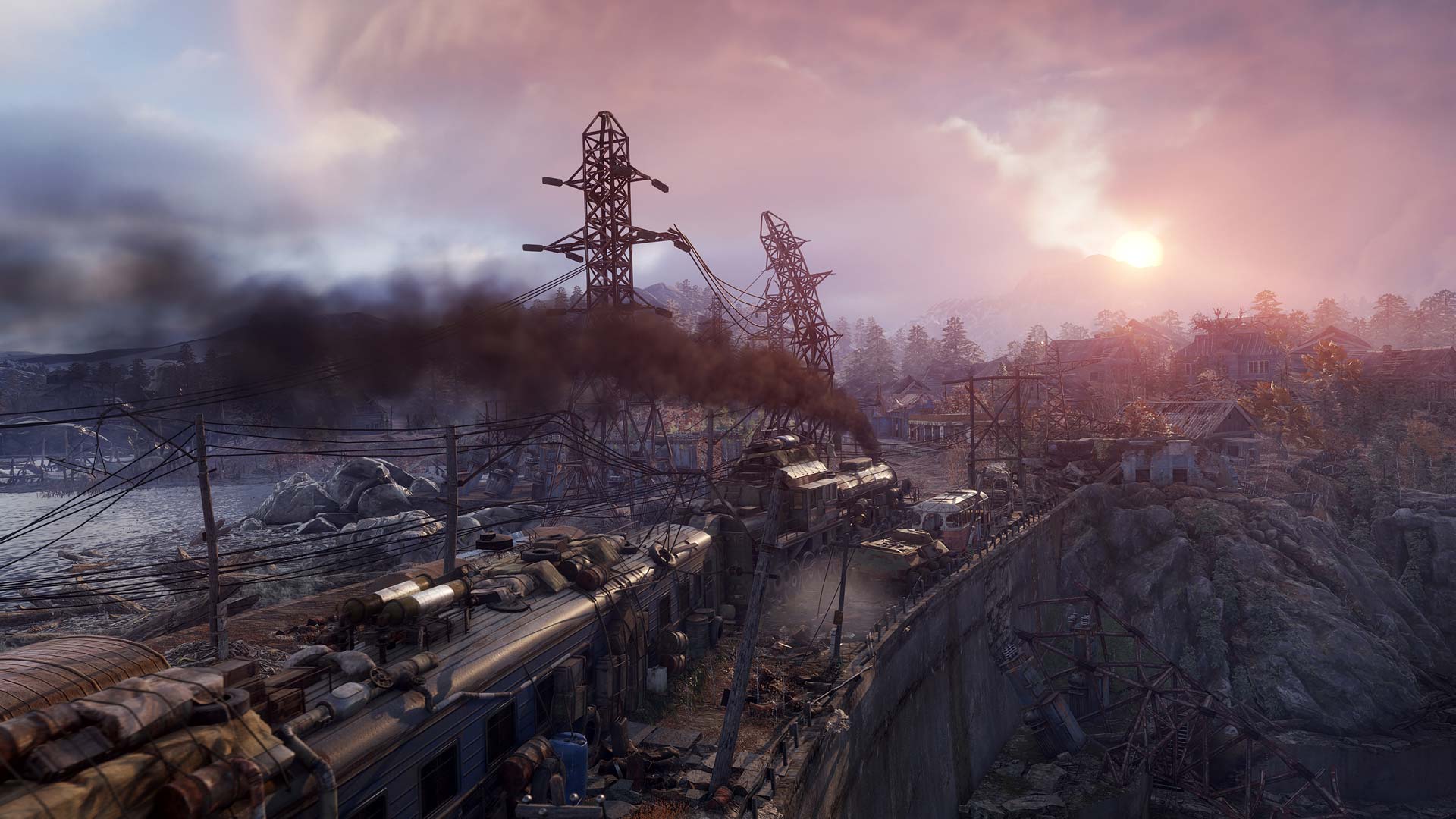 A tower rises in the middle of the island like a church, bringing memories of the village in Resident Evil 4 to mind and you get an uneasy feeling. In fact, reception here is similarly hostile: As it turns out, these people are a radical sect that rejects any form of technology and acts aggressively against other people who continue to use it and do not want to submit to their strict rules.

Soon, you meet Katya and her little daughter, who are also held as prisoners and joint escape plans are quickly drawn up. However, they are not easy to implement: in order to escape the extremists, one must first find a way back to the boat before one can pick up the two fugitives at the agreed meeting point. 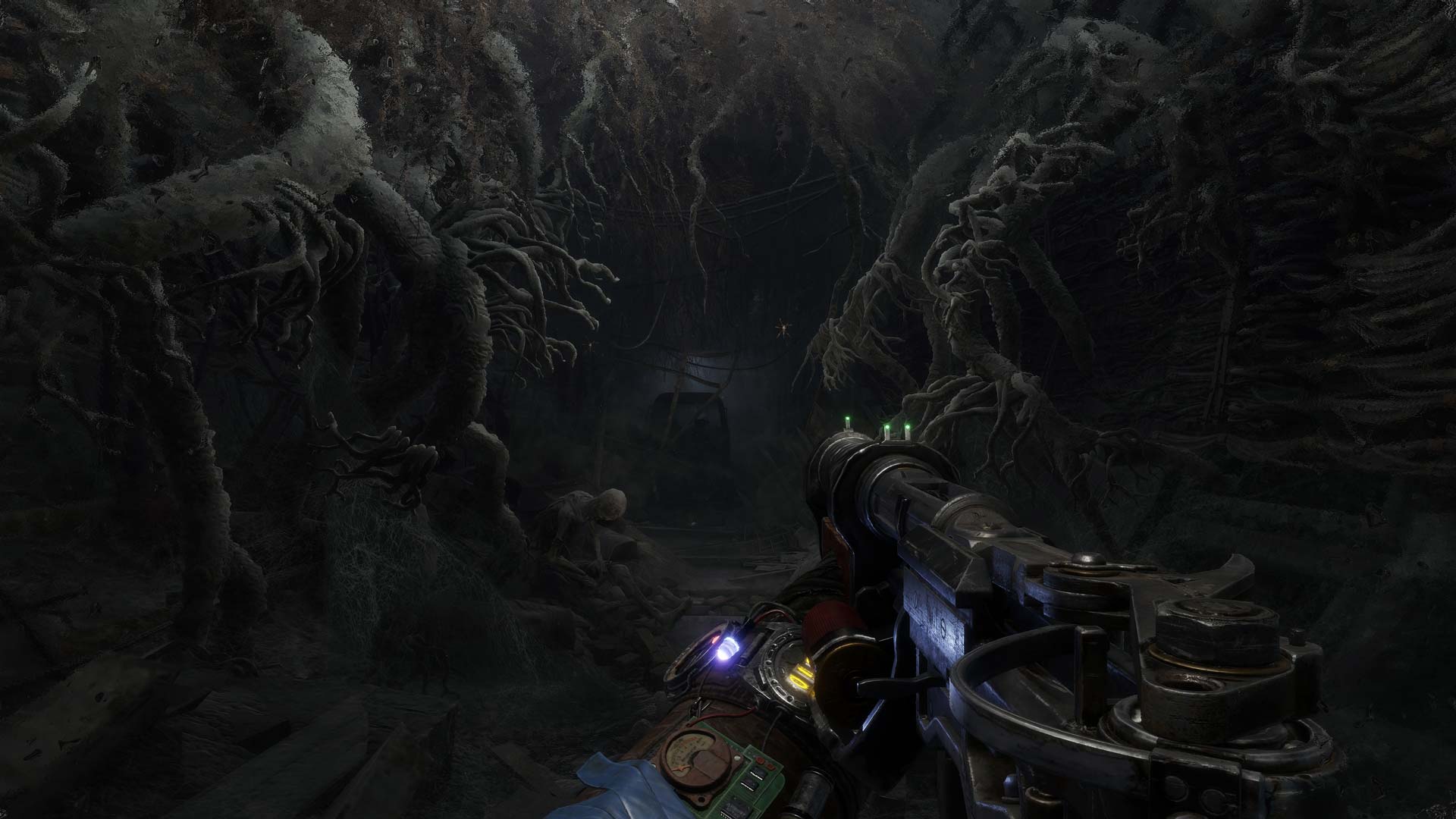 First of all, we have to overcome a large number of fanatical guards who are not only excellently equipped with heavy weapons, but also sound the alarm immediately should they discover Artjom. As in earlier parts, it is therefore recommended to take the silent path with quiet melee attacks instead of opening fire in Rambo style - Although in direct confrontations, the AI supposedly only has a limited radius of action, so that one can withdraw again if necessary.

Because in view of the enemy's superiority and the omnipresent lack of ammunition, the action path is much harder. Sometimes, however, you can't avoid fighting your way through with armed force and constant fire. For example, when you first have to hold a position and kill all the mutants before an NPC (non-playable character) offers its help and lowers a slightly different type of rescue ladder.

Beautiful, is that the inhabitants of the world react to the armament of Artjom. In the case of the bandits, for example, the last remaining opponents simply surrendered after some of their comrades were taken out. 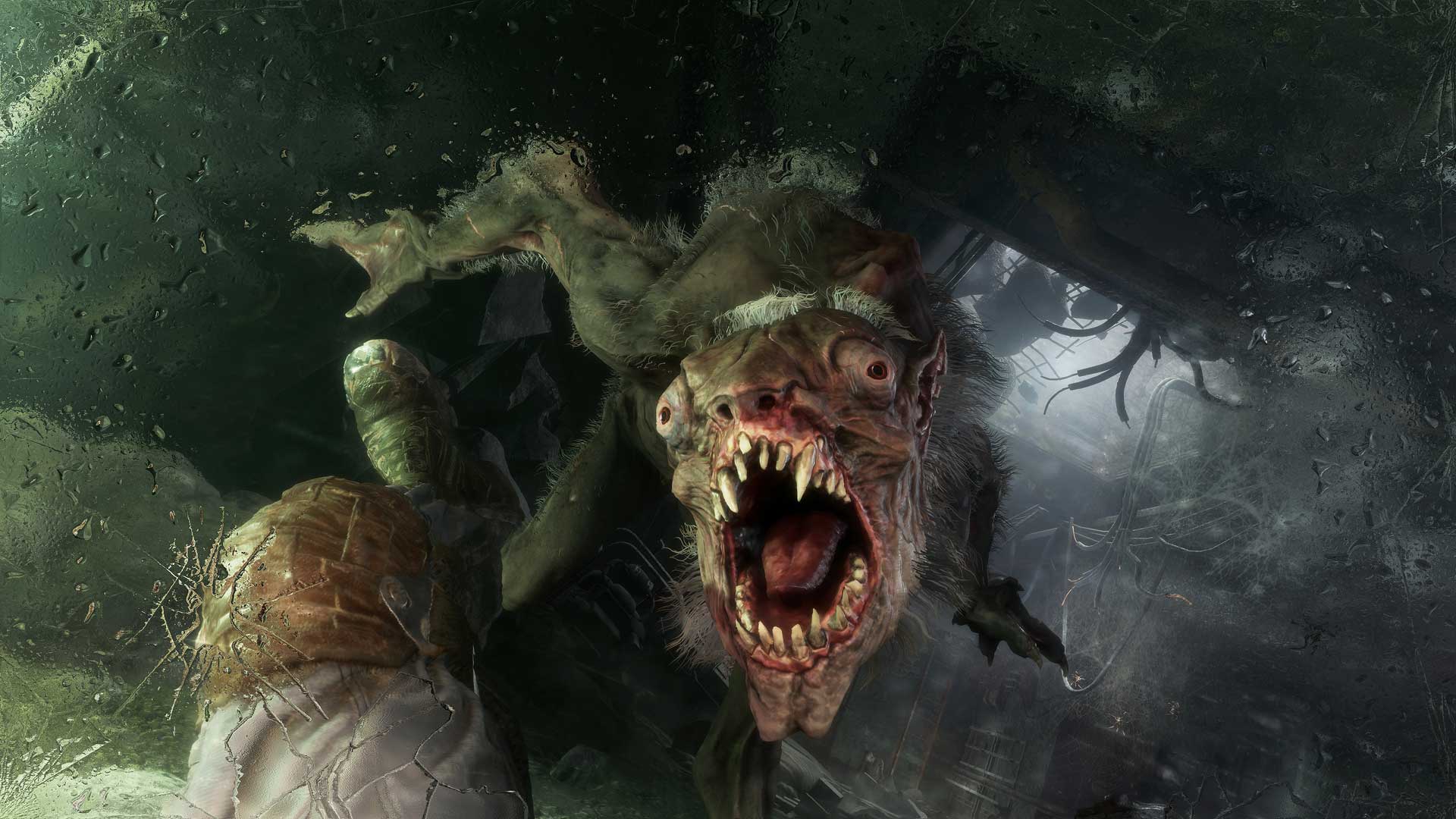 The developers also promise dynamic weather and a day-and-night cycle that can affect gameplay. The behaviour of the NPCs will depend on the time of day and thus influence the tactical procedures. A camp with opponents may be less crowded during the day because some NPCs are on patrol. The core of the enemy camp is weakened by this, making a firefight in camp easier. On the other hand, when the guards head back to camp at night to rest around the campfire, the darkness can be used to sneak around on quiet soles. Unfortunately, the night also draws nasty monsters much closer.

Thus, Metro: Exodus offers different tactical approaches, this is also where the dynamic weather system comes in: If a thunderstorm comes at us, it blurs our footsteps. According to the developers, how and whether such elements are used for their own purposes is entirely in the hands of the players.

Survival shooter Metro: Exodus is scheduled for release on February 22, 2019 for PC, Playstation 4 and Xbox One. You can compare prices and get it at the cheapest offer available here.

Other titles from the Metro franchise include:Metro 2033 and Metro: Last Light, also available as a bundle.